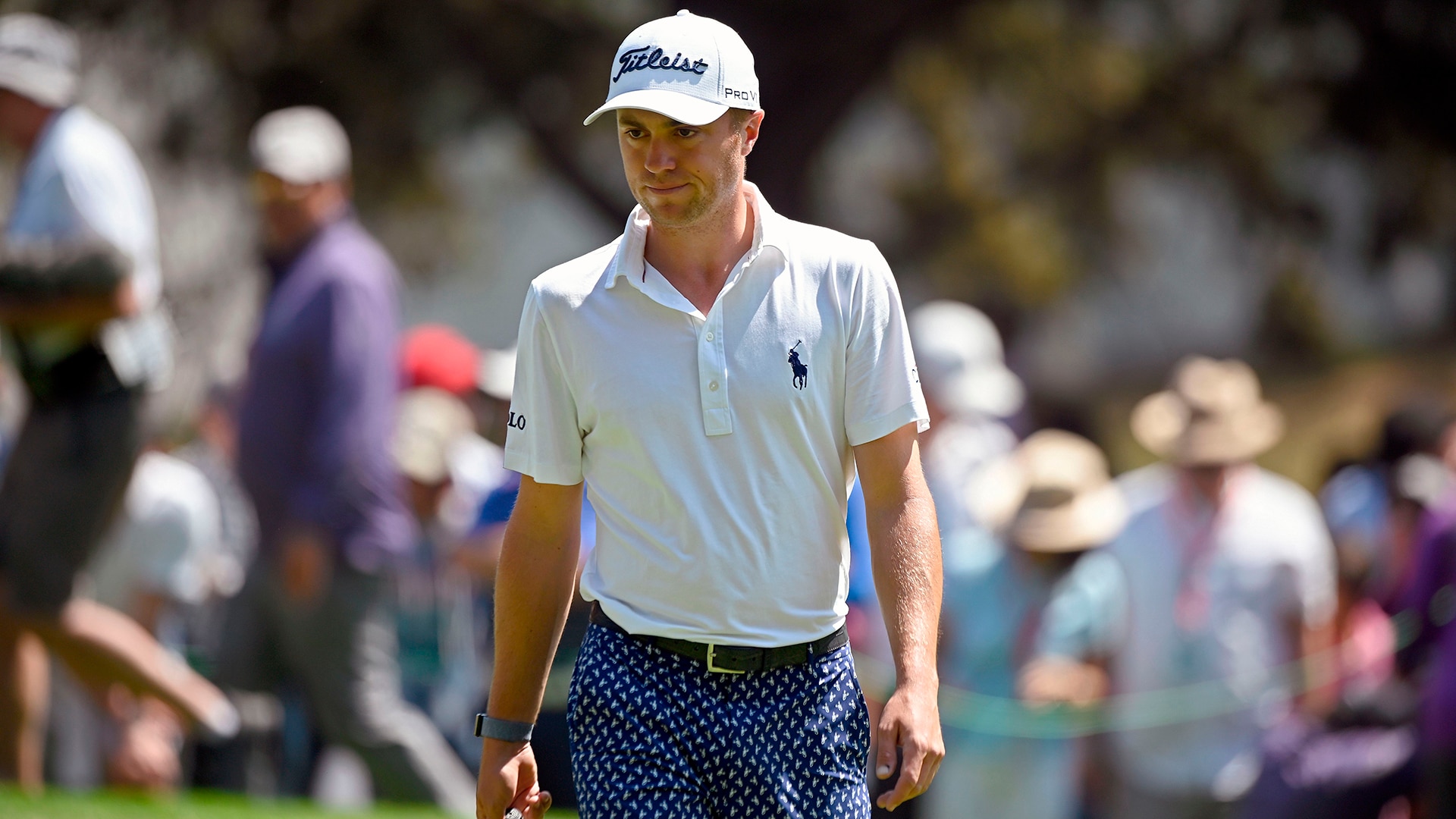 Here’s a look at where things stand through 54 holes of the WGC-Mexico Championship at Chapultepec Golf Club in Mexico City, where Justin Thomas leads:

What it means: Thomas, the world No. 4, is eyeing his third victory of the season following triumphs at the CJ Cup and Sentry Tournament of Champions. The latter came via a playoff victory over Xander Schauffele and Reed, who will again be one of Thomas' main challengers on Sunday. Reed will certainly face some chirping from the crowd as his controversial bunker episode at Hero last December remains a hot topic of conversation. But Thomas would likely be the favorite anyway as he owns three top-10s at Chapultepec, including a runner-up finish to Phil Mickelson two years ago.

How it happened: DeChambeau, the second-round leader by one, and Van Rooyen traded birdie-eagle starts to begin their third rounds playing alongside Reed in the final group. While Van Rooyen remained a shot off the lead after a third-round 67, DeChambeau saw his round begin to unravel after a double bogey at the par-5 sixth, where DeChambeau’s third shot found the water. He made just one birdie the rest of the way and carded an even-par 71. Meanwhile, Thomas was slow to start, bogeying his first hole, but caught fire on the back nine with five birdies, including a 15-foot breaker at the par-3 17th hole. Thomas bogeyed the par-4 finisher, which left him with a third-round 65 and dropped him back into a tie with Reed for a moment. But Reed bogeyed the last, leaving a greenside bunker shot in the fringe and missing the par save, to shoot 67.

Round of the day: Rahm got off to a blazing start, birdieing six of his first seven holes. Each of his first three birdies came on putts inside of 4 feet. On the back side, Rahm added three birdies and a hole-in-one from 158 yards at the par-3 17th to finish with a course-record, 10-under 61.

Best of the rest: McIlroy’s third-round 68 kept his hopes alive while Tyrrell Hatton, playing for the first time since wrist surgery, and Paul Casey each fired 66 to reach 10 under.

Biggest disappointment: DeChambeau makes a strong case here, but he still has a chance to win this tournament. Hideki Matsuyama, though, likely played himself out of it with an even-par 71 that leaves him six shots back.

Shot of the day: Rahm wasn’t the only player to record an ace Saturday. His fellow Arizona State alum, Chez Reavie, did so at the 167-yard par-3 third hole.