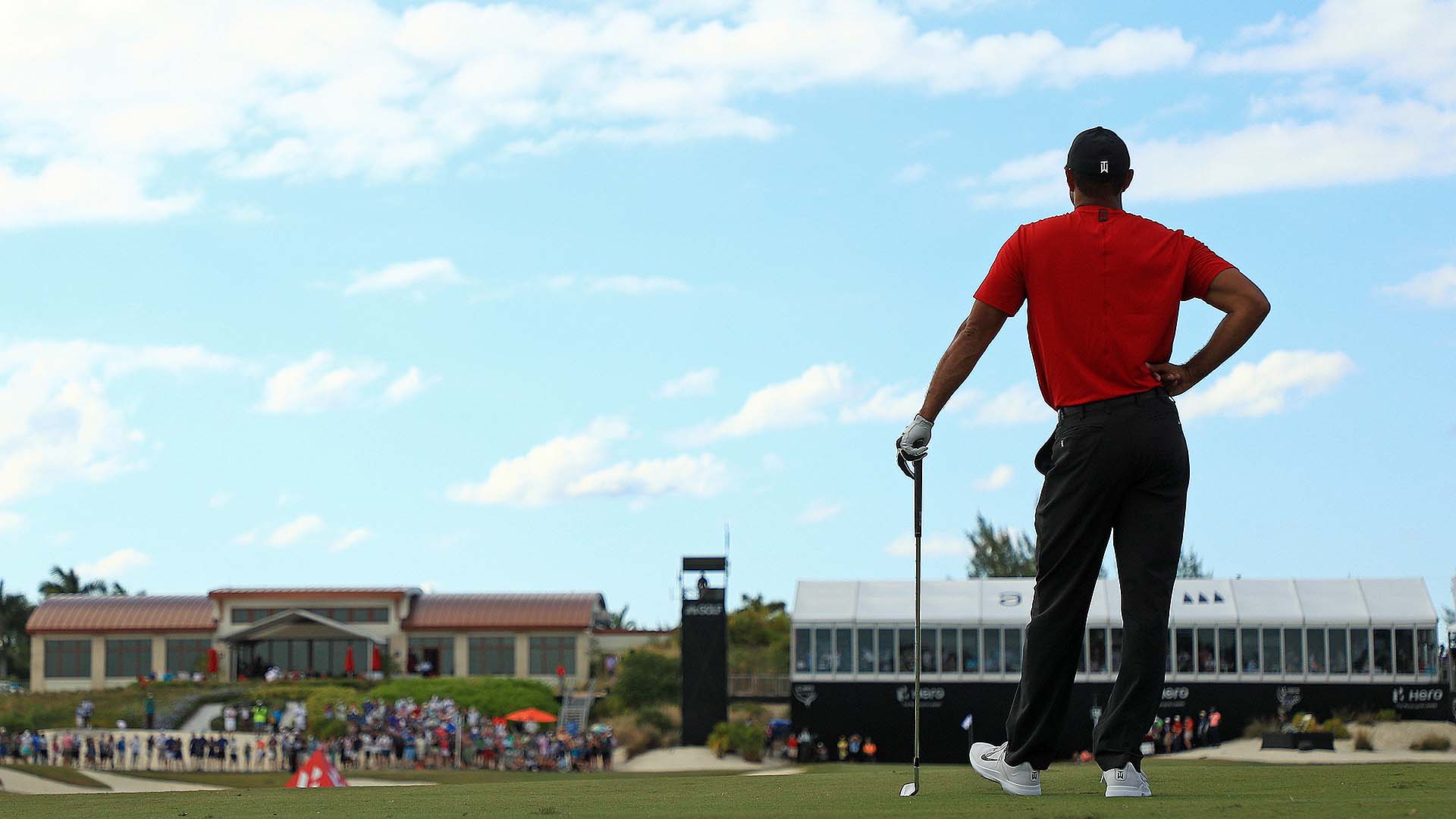 NASSAU, Bahamas – Through three rounds of the Hero World Challenge, Tiger Woods had played the back nine at Albany in 11 under, with 10 birdies and two eagles.

But Saturday, Woods suddenly went cold on the closing stretch, and it cost him a chance at winning his own tournament for the sixth time.

“It wasn’t good enough,” said Woods, who made just one birdie and made some costly mistakes late in a closing 3-under 69 to finish fourth at 14 under, four behind winner Henrik Stenson.

Woods led by a shot after back-to-back birdies, at Nos. 6 and 7, and reached 15 under after a birdie at the par-5 11th hole. But he failed to put another circle on the card after that.

His bogey at the drivable par-4 14th hole delivered a crushing blow to his winning hopes. Woods drew a tough lie in the waste area after missing his drive left. He ended up blading the chip through the green and then hitting the next chip heavy, his ball rolling back to his feet.

He did make a 20-footer for bogey, but at that point he was two back of Stenson.

“That wasn't a very good lie,” Woods said. “I was trying to leave it in the rough just out of the bunker and leave it short of the flag, and it just bounced and skidded. I wasn't trying to hit the ball anywhere near that flag, I was just trying to take my medicine, try and get up and down for par and move on. The next thing you know, I'm down the hill and in this sandy lie, nasty little shot and it didn't work out.”

Three holes later, a missed 5-footer for birdie at the par-3 17th sealed the deal.

“I blocked a couple [putts] today and I can't stand that feeling,” Woods said. “I'd much rather hook the hell out of a putt than hit some kind of block.”

But overall, Woods is pleased with his game heading into next week’s Presidents Cup in Australia.

“I think it was more of a continuation of what I did in Japan,” said Woods, who won the Zozo Championship in October, his previous start. “I hit the ball about as well and I didn't quite hit it close enough, you know? I had some short irons into the greens this week that I wish I could give myself some better looks, just outside that range of making putts. Consequently, I ended up short.”

Now, Woods and his team will board their charter Saturday night and head Down Under.

“We've got 23 hours in a tin can, so we've got a long way to go down there,” Woods said. “The guys will be relaxing, doing whatever we need to do. We've got a bunch of stuff to sign for the tournament, so the guys will be taking care of that.

“Lots of reading, lots of card playing and lots of needling.”

Just no admiring the Hero trophy. Sweden’s Stenson – and Woods’ back nine – made sure of that.