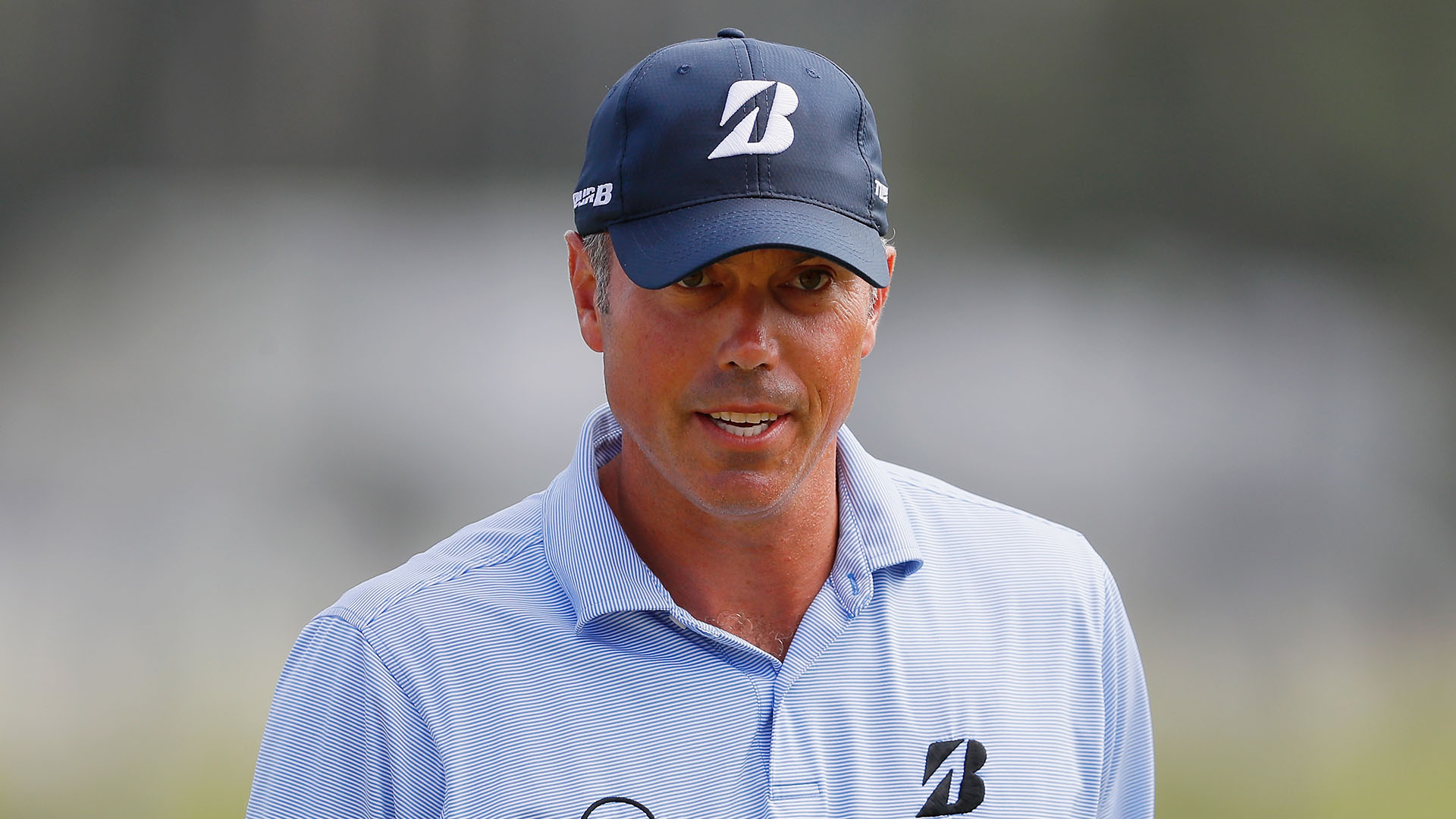 Matt Kuchar continued to thrive in paradise on Saturday as the 40-year-old added to his advantage at the Sony Open. Here’s everything you need to know entering Sunday’s final round at Waialae Country Club in Honolulu:

What it means: While many players went low on Moving Day, few of them managed to gain much ground on Kuchar, who will take a two-shot lead over Putnam into Sunday. The veteran continued to limit mistakes (he's carded just one bogey in 54 holes and missed only two greens in regulation in Round 3) and turned in a bogey-free, 4-under 66.

Round of the day: Bryson DeChambeau carded eight birdies to shoot 7-under 63, which is tied for the best score of his young PGA Tour career. DeChambeau birdied four straight holes midway through his round (Nos. 18, 1-3) with three of those birdie makes coming from outside of 12 feet. The five-time Tour winner, who won the Shriners Open in his season debut, enters Sunday at 11 under as he tries to start his season with three straight top 10s.

Best of the rest: Through 33 holes, Mitchell was 2 under and right on the projected cut line. But he closed his second round in ace-birdie-eagle to start Moving Day at 7 under. He continued to climb the leaderboard Saturday, rattling off seven birdies as part of a bogey-free 63 that moved him to 14 under and into the final group for Sunday. Also, Davis Love III fired his fifth round of 64 or better on Tour since turning 50. The 54-year-old shot 64 and is 11 under overall.

Biggest disappointment: With seven finishes of T-12 or better in his past eight worldwide starts, Gary Woodland was 3 under after 36 holes at Waialae. A nice round Saturday could’ve moved him closer to a potential backdoor top 12. However, Woodland went the other direction, shooting 6-over 76, and will exit Hawaii with an MDF.

Main storyline heading into Sunday: Since 2011, five players have opened a PGA Tour event with consecutive rounds of 63 or better. The first four to do so went on to win the tournament. Kuchar, as the most recent addition to that group, can keep the streak alive with a victory Sunday. For a player who hadn’t won since 2015 before winning the Mayakoba Classic last fall, Kuchar can win for the second time in four worldwide starts, and push his career victory total on the PGA Tour to nine. The good news for Kuchar: Seven of the past 11 Sony winners held at least a share of the 54-hole lead, and just three of the past 25 came from more than two shots back after 54 holes.

Quote of the day: "If (Kevin) Kisner thinks I'm putting good then maybe I am putting good." - Love III, who made 91 feet, 3 inches of putts Saturday and received a nice compliment from his playing competitor.

Kuchar one shot off the lead at Singapore Open