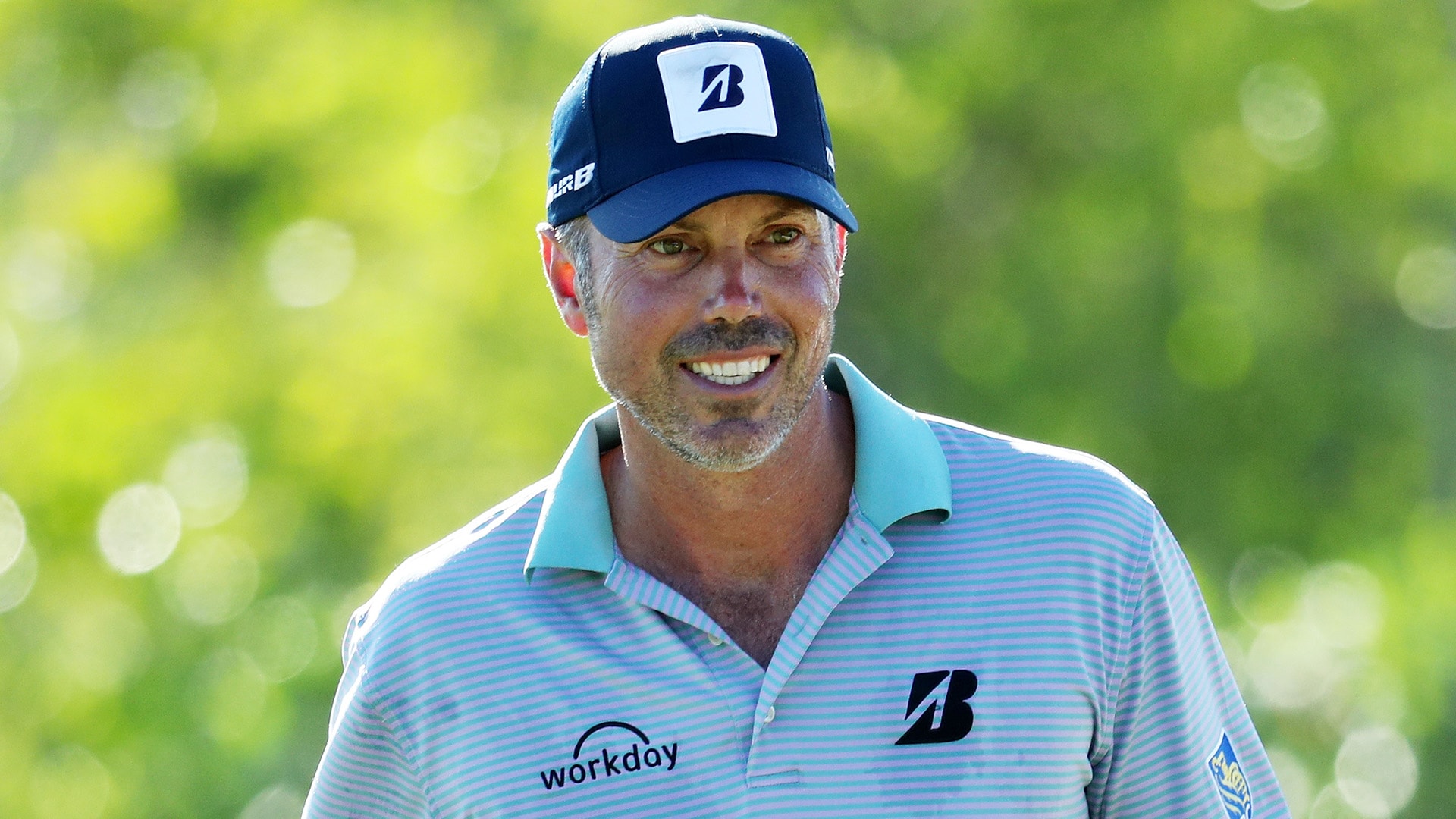 PLAYA DEL CARMEN, Mexico – Matt Kuchar knew he was in trouble when his tee shot sailed so far to the right that he hit a provisional in case the ball was out-of-bounds.

He found the ball, and somehow never lost the lead.

Kuchar escaped his only big mess Friday with a 35-foot bogey putt on the 12th hole, and he rode eight birdies to a 7-under 64 that gave him a two-shot lead over PGA Tour rookie Cameron Champ going into the weekend at the Mayakoba Golf Classic.

Champ, going after his second victory in three weeks, played in the morning and shot 62 with a bogey on his final hole.

Kuchar was at 14-under 128 as he tries to end more than four years without a PGA Tour victory.

''Yesterday was kind of a bogey-free day and just easy, and everything else today was about the same,'' he said. ''I just had that one challenging hole.''

The challenge was figuring out what to do once he found it.

The ball was under a cluster of trees and bushes with rocks scattered everywhere. Even taking a one-shot penalty for an unplayable lie was not an easy option. If his drop settled between rocks, he would have to play that or take another penalty.

Finally, he found a spot and the drop landed in enough soft soil for him to pitch out of trouble, through the fairway and into the rough. He got his fourth shot onto the green and made the long putt to escape with bogey.

''That was great,'' Kuchar said. ''I knew I had a par 5 following it, and I figured I was probably going to make double there and birdie on the next. I ended up making bogey there and par on the par-5 13th, so still felt like I was very much in control.''

What put Kuchar in good shape were the five straight birdies on the front nine, and then he took the lead for the first time with a birdie on No. 11 before his wild adventure on the 12th hole. Tied again for the lead, he added two birdies coming in for his two-shot cushion.

Champ already is the talk of the tour for the speed of his swing and how far he hits the ball, though there is more to his game than length. El Camaleon Golf Club is all about location - preferably the fairway - more than smashing it as far as possible.

Two weeks after winning the Sanderson Farms Championship in Mississippi, he worked on a few tweaks in his swing and was in full control of where the ball was going. For the second straight day, Champ missed only two fairways, key to good scoring at Mayakoba.

''It's not a bomber's course,'' Champ said. ''You have to place it off the tee, and some holes the rough is very thick and you've just got to whack it out. This course I feel like is very suitable for everyone. Just to be able to place my ball right in the fairways and on the greens and make the putts when I needed is great.''

An area renowned for its wild weather - rain out of nowhere, plenty of wind - has seen sunshine and calms for two days, and it's reflected in the scoring.

The cut was at 4-under 138. The weekend will not include Jordan Spieth.

The three-time major champion missed the cut in his final event of the year after a 69. Spieth managed only eight birdies in good scoring conditions and will have the weekend off for the seventh time this year. Next up is his wedding over Thanksgiving weekend.

Kuchar, meanwhile, has more than Champ to worry about the next two rounds.

The seven players at 11-under 131 included defending champion Patton Kizzire, past Mayakoba champion Brian Gay and Anirban Lahiri of India, who has played in the last two Presidents Cups. Eighteen players were within five shots of the lead.

Kuchar one shot off the lead at Singapore Open