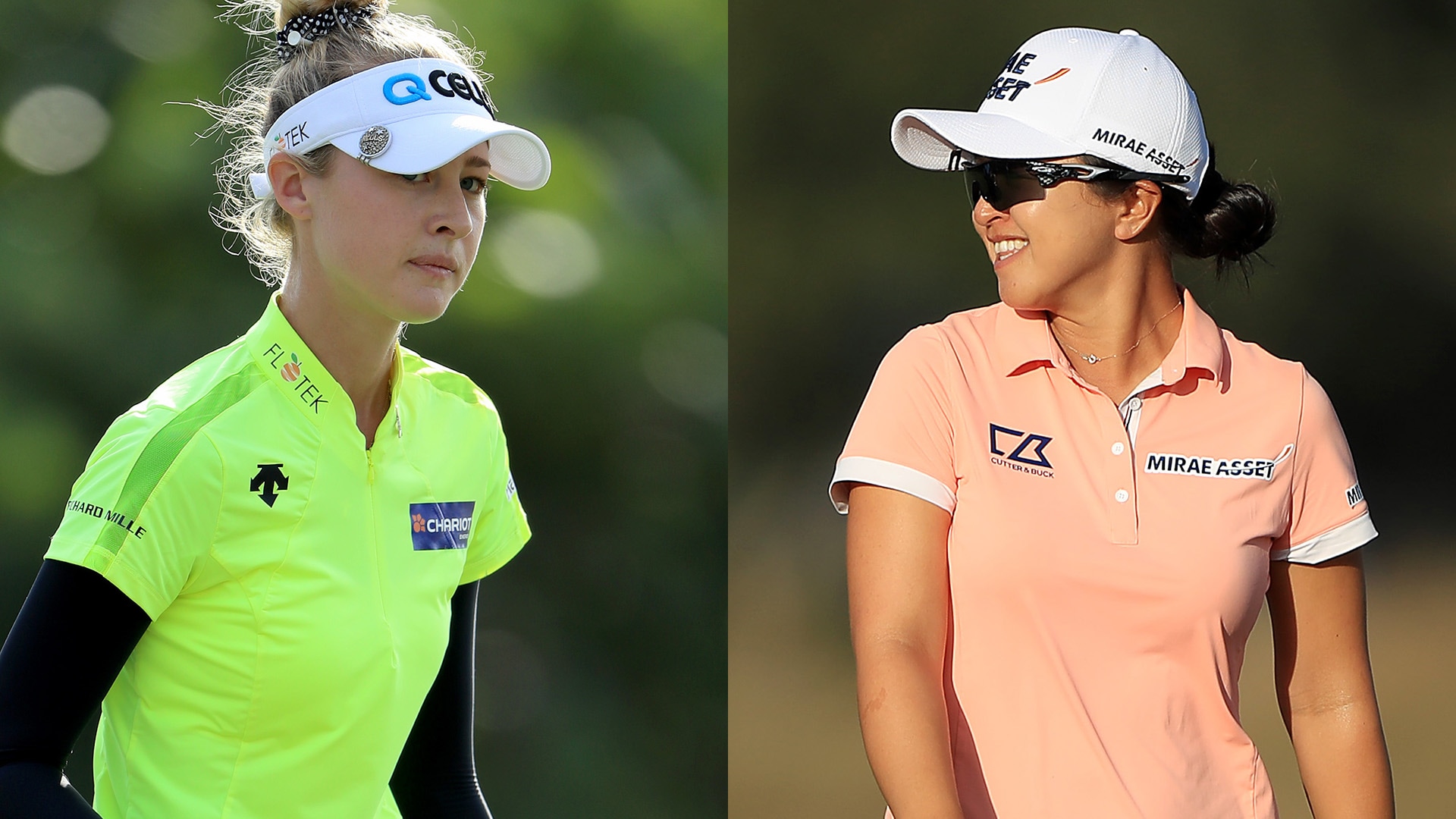 NAPLES, Fla. – Hall of Famer Nancy Lopez says she never really knew how much the first-place check was back when she was winning everything.

“It was more about the trophy for me,” Lopez said. “I loved the trophies.

Lopez doesn’t compete anymore, but she knows exactly what they’re playing for in Sunday’s finish to the CME Group Tour Championship. Everyone who loves the women’s game knows Sunday is all about that giant cardboard check that will be presented to the winner during the trophy presentation at Tiburon Golf Club.

The $1.5 million first-place check makes Sunday an epic, historic moment in the women’s game. It will be the most money a woman has ever made winning a golf tournament.

That isn’t just because of what the money will mean to the winner; it’s because of what it means to every woman in professional golf. CME Group CEO Terry Duffy raised the bar for women in a way that promises to raise the stakes across the LPGA landscape. The winner’s check is larger than the men made in 32 of 46 PGA Tour events in the 2019 wraparound season.

“It’s a great way to set a trend for the future,” Brooke Henderson said.

While Sei Young Kim looked as if she might take the drama out of Sunday’s finish with her strong start in the third round, there looms the possibility this whole thing could come down to who can make a putt worth $1.5 million at the final hole.

Five shots behind Kim making the turn, Korda caught fire, making birdies at four of the first five holes on the back nine to pull within one.

After stumbling home with a couple bogeys and a 37 on Friday, Korda played the back nine in 31 on Saturday.

“All I was thinking was there is this line in a rap song, 'Last night I took an 'L' but tonight I bounced back,’” Korda said.

Apparently, Korda has an eclectic library of motivational lyrics beyond Big Sean.

“I have so many songs stuck in my head,” she said. “My playlist is all over the place.”

There are other challengers with work to do to win the big paycheck.

With nerves promising to ratchet up for the leaders late Sunday, the possibility looms somebody could mount a charge from back in the pack. Caroline Masson (70) is four shots back, and Charley Hull (66) is five back. Rolex world No. 1 Jin Young Ko (66) is six shots back, as are Brooke Henderson (71), Jessica Korda (69) and Su Oh (70).

Though Kim hasn’t felt well all week, battling a cold, her game hasn’t shown any ill effects. She has led wire to wire.

Kim has closed out a victory five of the last eight times she has held or shared the lead going into a final round. She will go off in the final grouping with Nelly Korda and Masson.

Masson, 30, is back in another awkward final grouping. Her fiancé, Jason McDede, is Nelly Korda’s caddie. Three weeks ago, McDede was on Korda’s bag when they teamed to win the Swinging Skirts LPGA. Masson played alongside them the entire final round and even into a playoff together.

“We’re just going to do it like last time, going about our business and both doing our jobs and still embracing it,” Masson said.

Masson is looking to add a second LPGA title to her resume. She won the Manulife LPGA Classic in 2016.

She knows the momentum swings possible on Sunday.

“This is a golf course where if you're playing solid, you can get it, but if you hit a couple bad shots, it kind of bites you a little bit as well,” Masson said.

The rewards for playing solid will be historic for someone come Sunday. 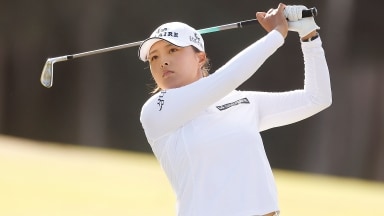