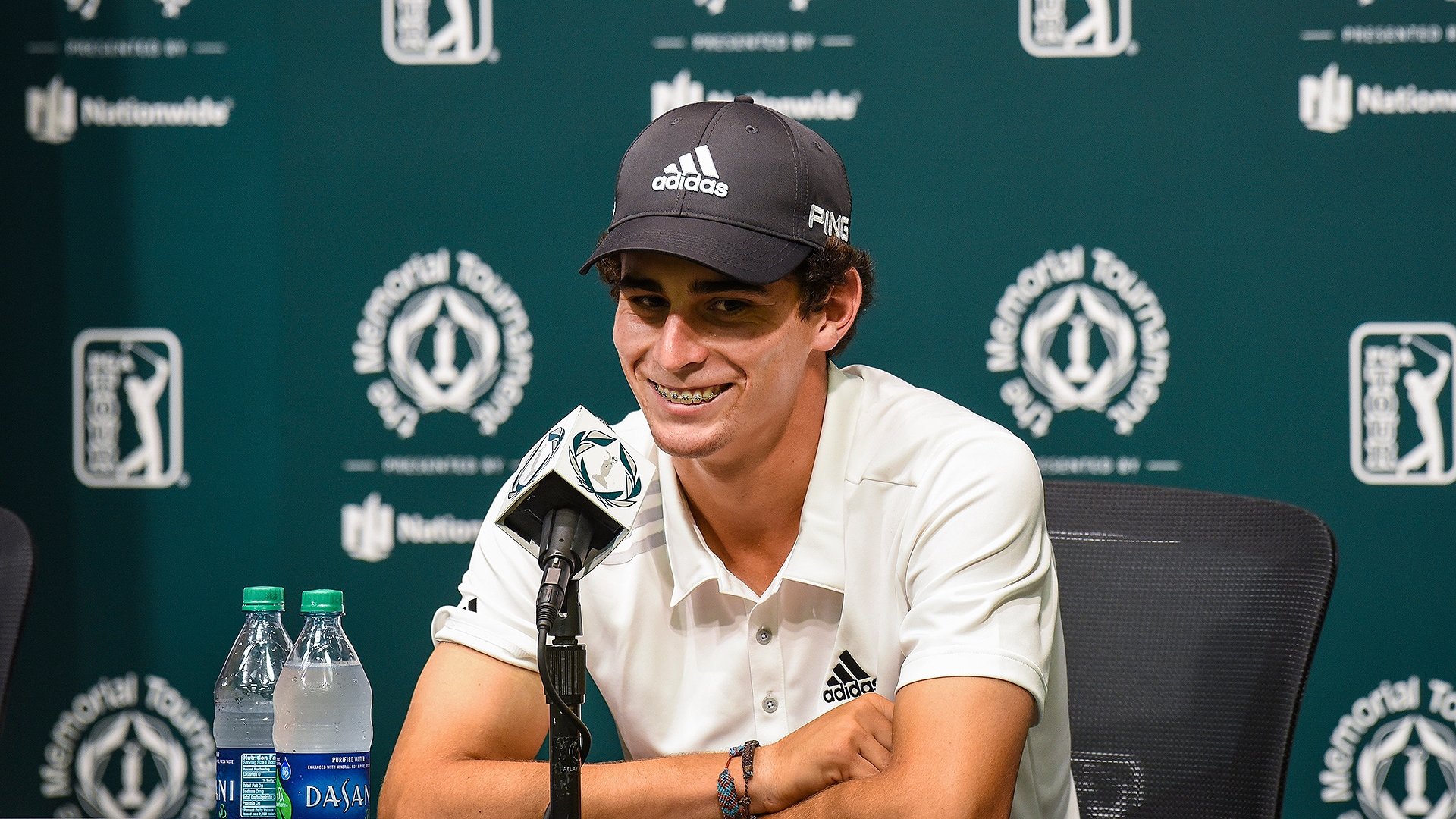 DUBLIN, Ohio – There’s a fresh-faced assassin atop the leaderboard at the Memorial Tournament.

At age 19, Joaquin Niemann is the youngest of the 120 players gathered this week at Muirfield Village Golf Club. Then again, the former top-ranked amateur is used to holding that distinction as he continues to get his burgeoning pro career off the ground.

“I can’t wait until November when I turn 20 so no more teen years,” Niemann said.

Although he’s younger than most of the players who starred this week at the NCAA Championship, Niemann has wasted little time in adjusting to life on the play-for-pay scene. He finished sixth last month at the Valero Texas Open in his pro debut, and he tied for eighth last week at the Fort Worth Invitational.

Now the Chilean is at it again, opening with a 7-under 65 to take a share of the early lead alongside Abraham Ancer.

“I think that it has been all really quick. Two months ago I was playing the Masters as an amateur, and right now I’ve already played four tournaments as a pro,” Niemann said. “It feels really nice. I just really am enjoying what I’m doing now and still I love golf.”

Niemann has seven sponsor invites with which to secure status for 2019, but he might not even hit that limit. His top-10 in San Antonio meant he didn’t have to use an invite at the Wells Fargo Championship, and his spot last week at Colonial didn’t count against his limit because he was a Champions’ Choice selection.

The same can be said for his spot this week, which he earned by winning the McCormack Medal as the top-ranked amateur from 2017.

That honor also gained him entry into the U.S. Open and The Open, but he forfeited those spots in order to turn pro. Now his attention is on FedExCup math, as his 180 non-member points leave him 89 shy of special temporary membership, which would allow Niemann to accept unlimited sponsor invites this season. A solo seventh place finish this week would net him 90 points.

“I don’t like to think about that,” Niemann said. “I just want to be out here and enjoy my round and try to play my best and see how it goes after.”

An even bigger incentive looms if Niemann reach 365 non-member points – the equivalent of No. 125 on last season’s points list. That would lock up a full PGA Tour card for the 2018-19 season without a trip to Web.com Tour Finals, a fast-track path to status that was used by both Jordan Spieth (2013) and Jon Rahm (2016).