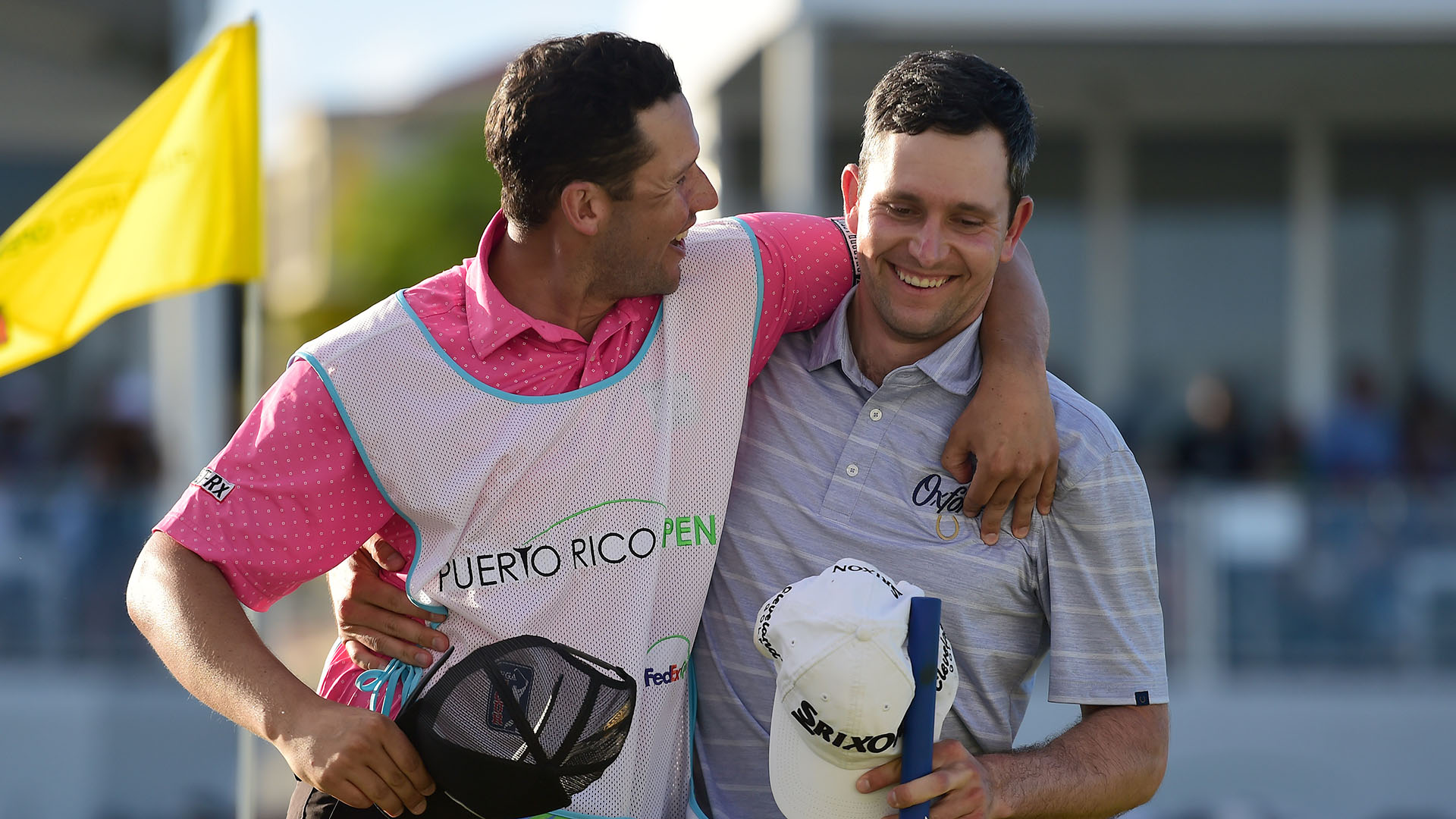 Martin Trainer is facing some long odds at this week's 3M Open. Longer, in fact, than the man who would normally be carrying his bag across the fairways and greens at TPC Twin Cities.

Trainer broke through for his first PGA Tour victory at last year's Puerto Rico Open, but it's been largely a struggle since. He's made just one cut in 29 starts since May 2019, that coming at the Genesis Invitational in February where he finished T-47. Trainer also played the winners-only Sentry Tournament of Champions, where he finished last among the 34 players in the no-cut event.

Trainer is fully exempt through 2021 by virtue of his Puerto Rico victory, meaning he's able to try to play his way back into form without fear of losing status. He expected his caddie, Aaron Crawford, to be alongside this week in Minnesota for the next leg in the journey. But Crawford has other plans, as he shot a bogey-free 63 in Monday's qualifier to earn one of the final two spots in the 156-man field. Crawford turned pro after high school and has made 11 career starts on the Mackenzie Tour, including four last year.

This will mark Crawford's PGA Tour debut, and his lofty odds to win reflect that status. He's listed at 1,000-to-1 at the Westgate Las Vegas SuperBook, with only former PGA champion Rich Beem facing longer odds according to their oddsmakers. But Crawford's figure is the same as his regular player, with Trainer also listed among the group at 1,000-to-1.

But DraftKings sportsbook offers slightly different totals, and they give the caddie the edge over the player. According to DraftKings, Crawford is 750-to-1 to win this week in Minnesota, while Trainer opened at 1,250-to-1. Both outlets list Dustin Johnson as a 12-to-1 tournament favorite.