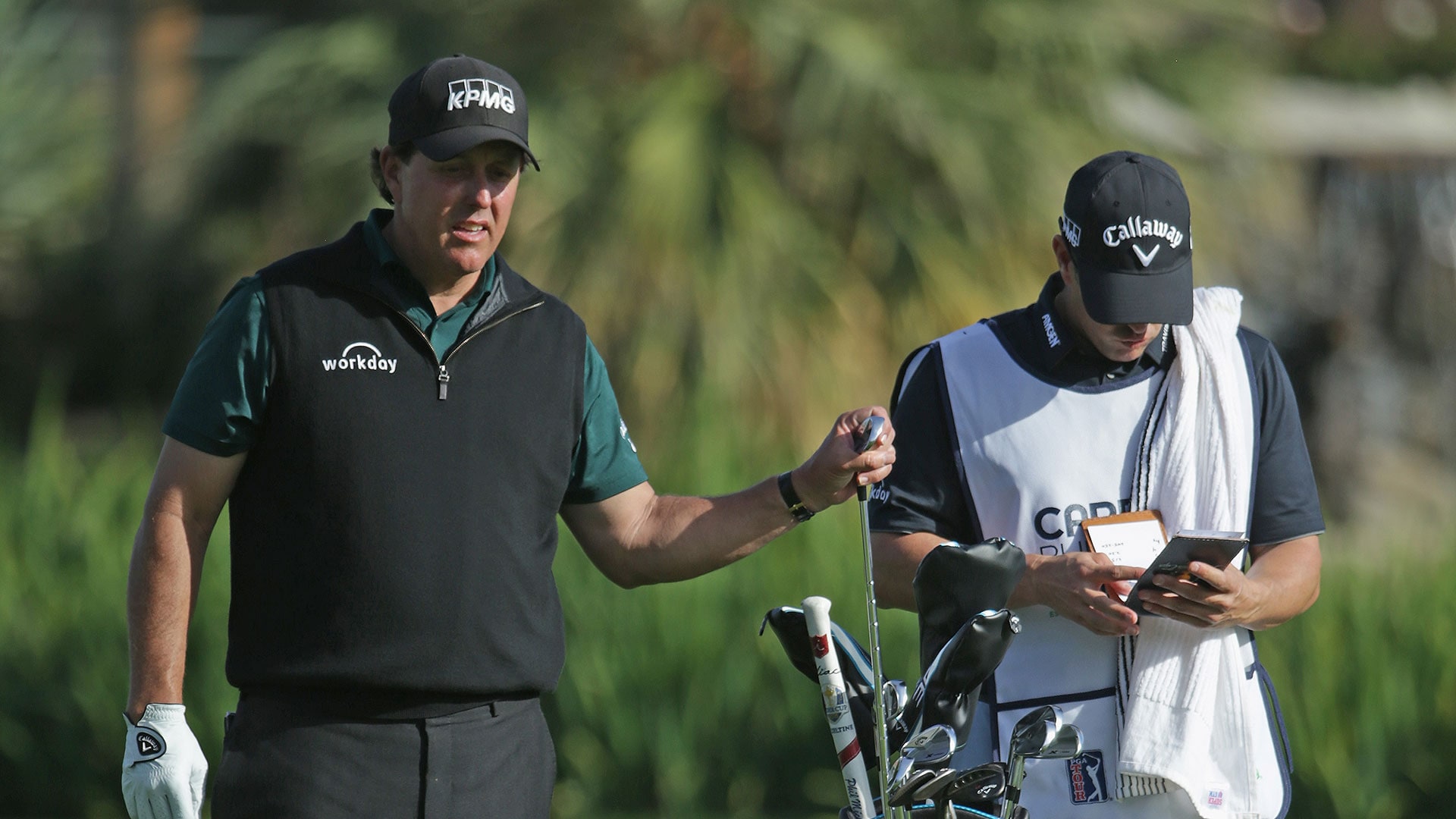 Phil Mickelson got off to a fast start in his first competitive round of 2018 - for six holes, at least.

The 47-year-old is making his first start since the WGC-HSBC Champions this week at the CareerBuilder Challenge, and only his third competitive appearance since the BMW Championship in September. Four birdies over his first six holes indicated that a strong opener might be in the cards, but Mickelson played his subsequent holes in 2 over.

It added up to a 2-under 70 at La Quinta Country Club, typically the easiest of the three courses in rotation this week, and left Mickelson eight shots behind Jon Rahm.

"It was fun to get back out and be competitive," Mickelson told reporters. "I for some reason am stuck on 70 here at La Quinta, whether I get off to a good start or a bad one, I end up shooting the same score."

Mickelson stunted his momentum with a tee shot out of bounds on the par-4 eighth hole, but he managed to save bogey and otherwise drove the ball relatively well. Instead, he pointed to his normally reliable iron play as the culprit for his back-nine backslide on a day when more than 120 players in the 156-man field broke par.

Mickelson will now head to the Nicklaus Tournament Course with the Stadium Course on tap for Saturday's third round. While there were several low scores Thursday at La Quinta, Mickelson remains bullish about the birdie opportunities that still lie ahead.

"This isn't the course where I go low on," Mickelson said. "I feel more comfortable on Stadium and Nicklaus. Neither of them are nearly as tight and I tend to score a lot lower on those other two than I do here, historically."