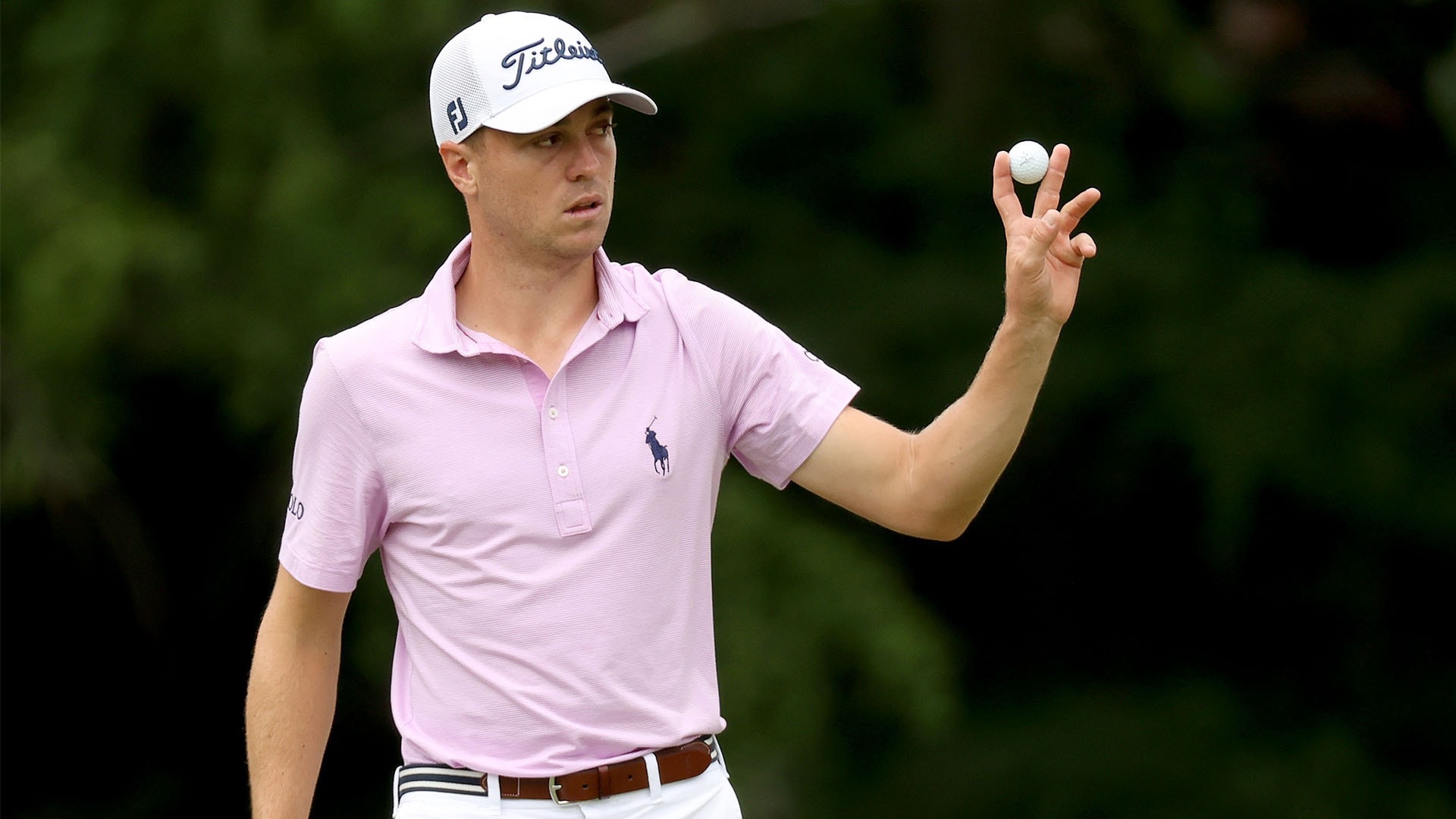 The contest continues this week with the WGC-FedEx St. Jude Invitational and will run through the rescheduled Masters in November. Here's a look at some of the players to keep an eye on when making your Pick 'Em selections as the Tour holds a WGC event in Memphis for the second straight year:

1. Justin Thomas: In 20 worldwide starts since last July, Thomas has finished outside the top 20 on only three occasions. That includes a T-12 finish at this event last year, and Thomas nearly grabbed his third win of the season earlier this month at Muirfield Village. He's finished T-18 or better in four of five starts since returning from the break and should add to that tally this week.

2. Jon Rahm: The Spaniard makes his first start as the world No. 1 this week, fresh off his stirring victory at the Memorial. Rahm opened with a blistering 62 here last year en route to a seventh-place finish and showed just two weeks ago that he can leave a stacked field in his wake when his game is clicking.

3. Rory McIlroy: McIlroy wasn't able to keep pace with Brooks Koepka at this event last year, finishing T-4, but he has a chance at redemption this week. It could also be his first top-10 finish since returning from the break, as his play has been solid but short of spectacular. But given his impeccable track record in WGC events, he's too strong to drop far down the list.

4. Bryson DeChambeau: DeChambeau's 10 at Muirfield Village's 15th hole derailed his week at the Memorial, but he still racked up seven top-10 finishes before that. While his track record at TPC Southwind leaves plenty to be desired, the layout could be susceptible to another aerial attack from the Tour's longest hitter if he is able to keep his driver under control.

5. Xander Schauffele: Schauffele hasn't received much attention since letting the trophy slip away at Colonial, but his game hasn't exactly suffered. Schauffele has finished T-20 or better in each of his last three starts, including at the Memorial where he battled back for a T-13 finish after opening with 78. He remains in the top 10 this season in both strokes gained: approach and total strokes gained.

6. Webb Simpson: It was a second-place finish at this event a year ago that really catapaulted Simpson, who remains in the midst of a resurgent season. Already with two wins under his belt this year, including one last month at Harbour Town, Simpson is one of the Tour's best iron players and should have plenty of birdie opportunities on a course where he closed with 64 last year.

7. Daniel Berger: Berger's first two Tour victories came at this event, and this will be his first start at TPC Southwind since he missed the cut in 2018 while seeking three wins in a row. He got back into the winner's circle last month in Fort Worth, and a missed cut in his last start broke a run of four straight top-5 finishes.

8. Collin Morikawa: Morikawa got his hands on another trophy earlier this month in Ohio, and he remains the Tour leader in strokes gained: approach this season. He's also sixth in SG: tee-to-green and has displayed a penchant for turning solid weeks into chances to win, even while playing many upper-echelon courses for the first time.

9. Tyrrell Hatton: Hatton earned his first Tour win at Bay Hill just days before the Tour began its hiatus, and he finished T-3 at Harbour Town in his first subsequent start three months later. The Englishman was also T-4 in Detroit and hasn't finished worse than T-6 in his last four starts, a stretch that has highlighted strong form that dates back to late last year.

10. Viktor Hovland: Hovland's top-25 streak ended at the Memorial, but he has still been remarkably consistent in six starts since the break. A winner earlier this year at the Puerto Rico Open, Hovland is eighth on Tour in SG: approach this season and 12th in SG: tee-to-green.