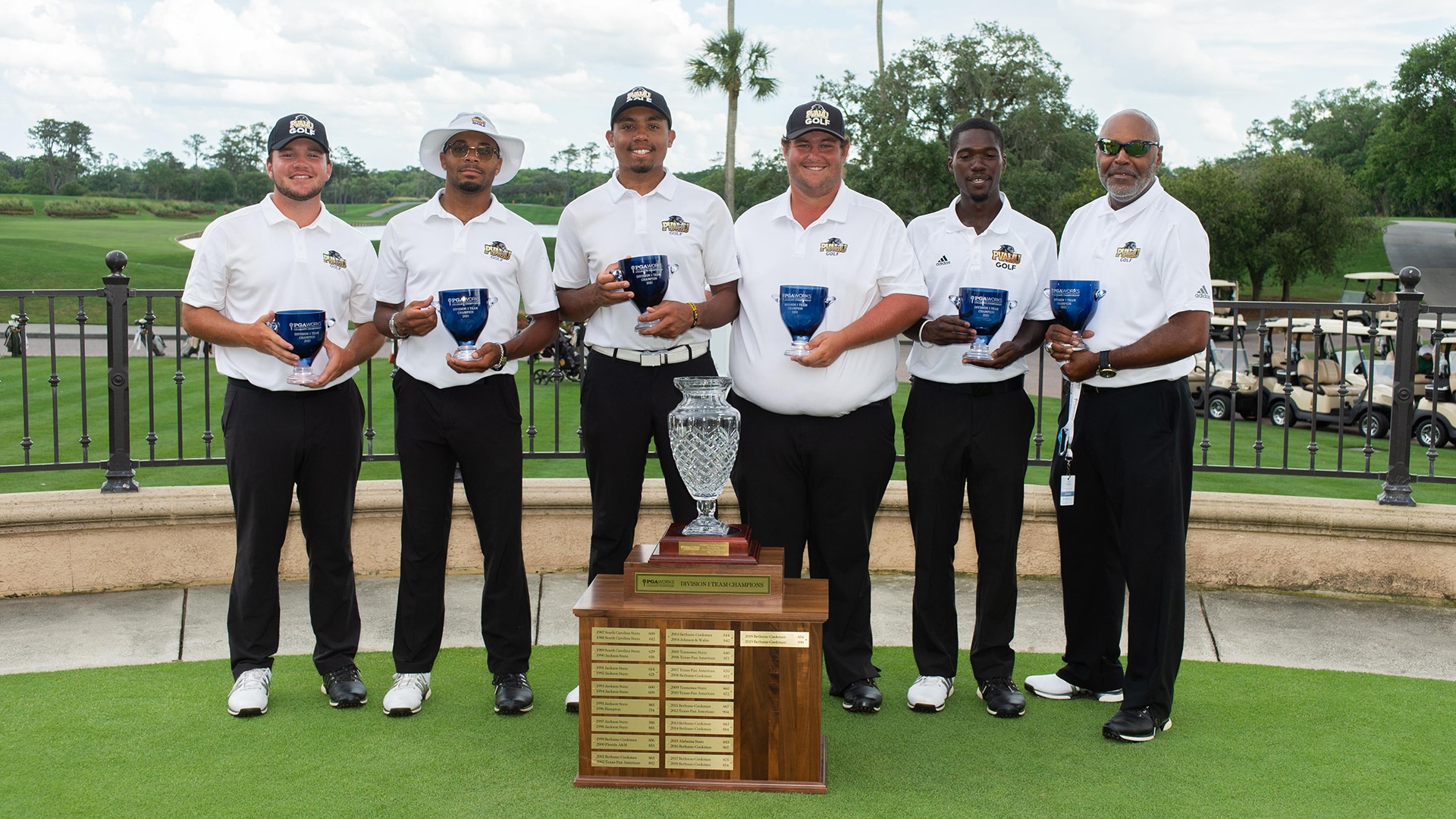 It was a good day for the Prairie View A&M men’s golf program.

The Panthers, who captured their third straight SWAC title a couple of weeks back to earn an at-large berth into NCAA Division I regionals, found out Wednesday afternoon that they would be headed to Albuquerque, New Mexico, as the No. 14 seed. A couple of hours later they completed a comeback victory at the PGA Works Collegiate Championship.

Prairie View A&M, which had rallied past Alabama State on the final day of the SWAC, again found itself in a battle with the Hornets in Wednesday’s final round on the Stadium Course. As second-round leader Howard fell back to fourth, that left Prairie View A&M and Alabama State to battle it out on the back nine. The Hornets’ counting scorers shot 8 over in their final nine while the Panthers came away with a four-shot victory at 57 over after a 10-over showing on the same stretch of holes.

Jordan Stagg went 3 under on the back nine to help Prairie View A&M to the title. He finished eagle-birdie-par to finish T-3 individually with teammate Lorenzo Elbert Jr at 12 over, eight shoots back of medalist Gregory Odom Jr. of Howard.