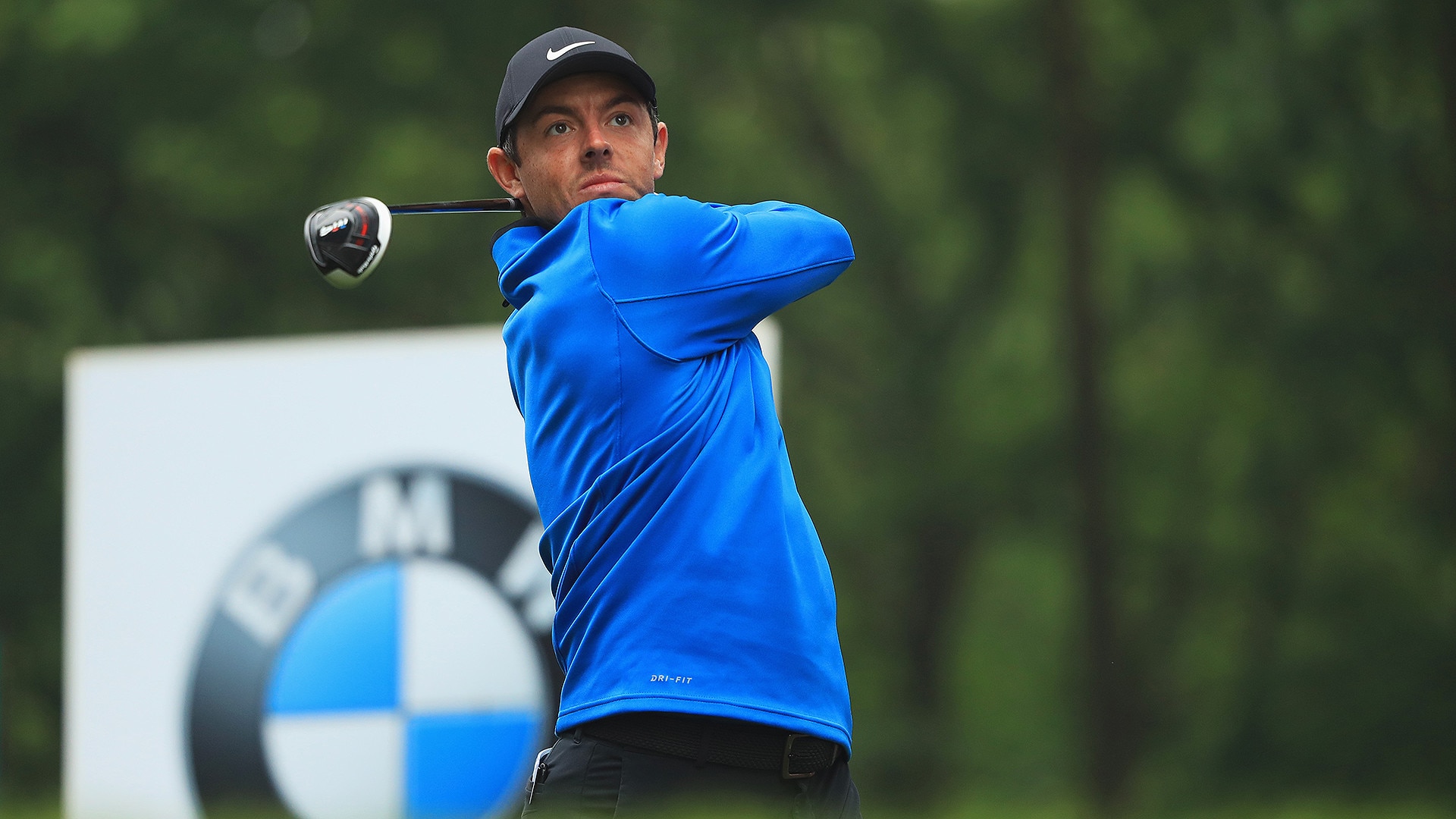 VIRGINIA WATER, England – Rory McIlroy walked off the 18th green in disgruntled fashion, shaking his head and looking down at the ground.

Shooting a 5-under 67 at Wentworth can rarely have felt so unsatisfactory.

The four-time major winner pushed his approach shot from the middle of the fairway into the overhanging trees at the par-5 last, saw his chip clip the flag pole, then missed a 3-foot putt for birdie for a disappointing end to his first round at the BMW PGA Championship on Thursday.

McIlroy also missed out on a birdie on the par-5 17th, too. Hence his unhappiness immediately after his round, although he was only two shots off the lead held by Lucas Bjerregaard (65).

''Walking off the 16th green and going to No. 17 at 5 under par, it was good after being 1 over after three (holes),'' McIlroy said, before diverting away from revisiting the end of his round.

''I played really well, gave myself plenty of chances, drove it well, for the most part hit my irons a lot better than I have done, so it was nice to get off to a good start.''

McIlroy is playing the European Tour's flagship event for the first time since 2015. He won it in 2014, the year he won The Open and the PGA Championship – his most recent major victories.

After bogeying No. 3, the former top-ranked McIlroy reeled off seven birdies in 13 holes and later said the greens were in the best condition he'd seen them.

Bjerregaard, whose only win came in Portugal last year, made seven birdies in a bogey-free round – his last at No. 18 giving him the outright lead over South Africans Dean Burmester and Darren Fichardt.

Burmester earlier played his last eight holes in 6 under par – including making eagle at the 15th – to draw level with compatriot Fichardt, who was also bogey-free.

Kiradech Aphibarnrat finished 7-6 on the two par 5s to drop from the outright lead at the time to 4 under.