Rosaforte Report: What makes Wise so good, while so young 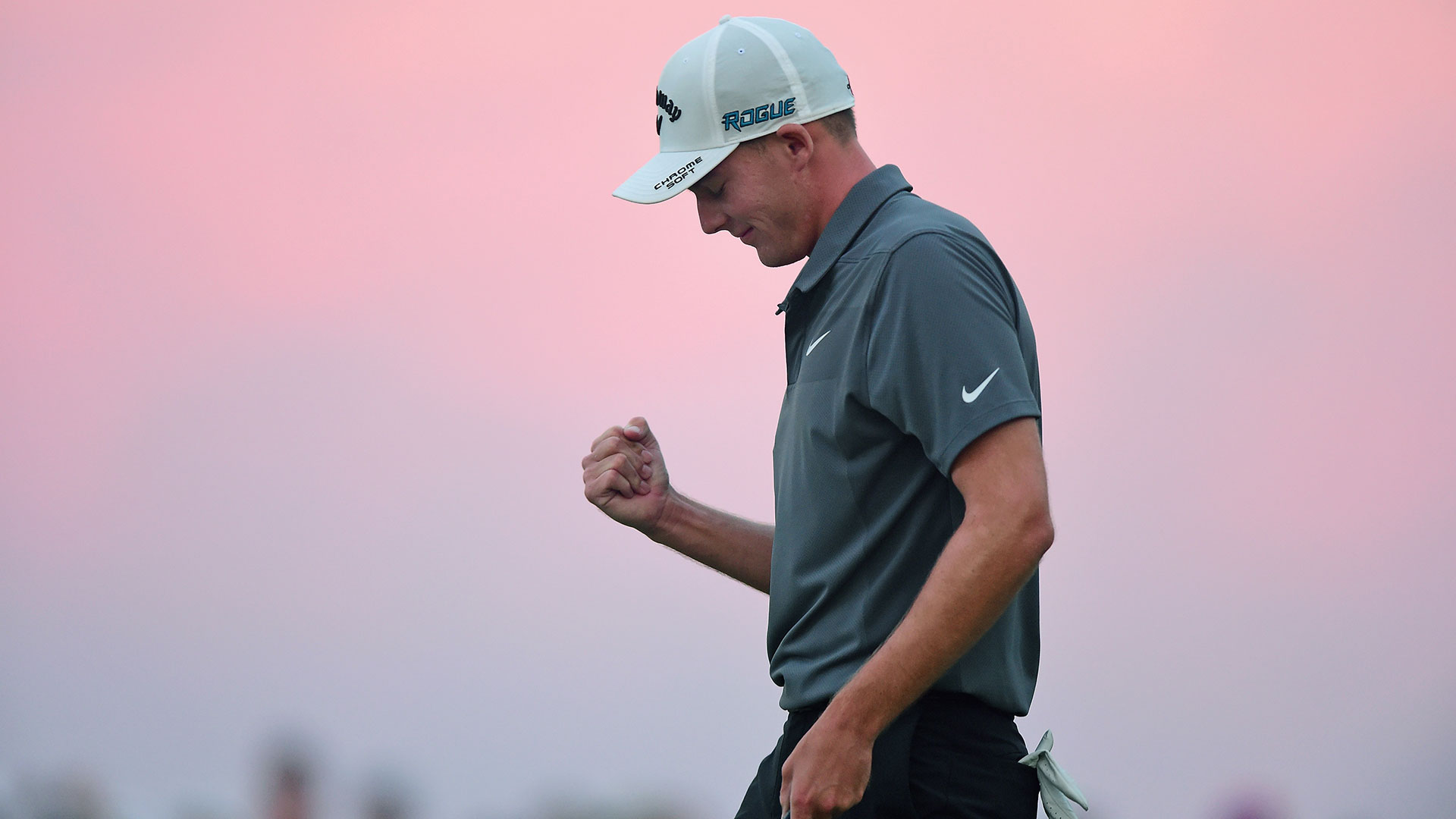 Is Aaron Wise the real deal?

It may be too early to answer that question – or even make that proclamation; after all, the baby-faced 21-year-old had zero top-10s in his first 15 starts as a PGA Tour rookie. Now, one month after a missed the cut in the Valero Texas Open, Wise is being associated with phrases like “phenom” and “It kid,” thanks to a strong showing at Quail Hollow and a victory at Trinity Forest.

But that’s how it works in this transient time of golf, where there’s always room to join the party and become one of the guys hanging out with Rickie Fowler. You watch: Next we will see Wise playing practice rounds with Tiger Woods, next to Bryson DeChambeau. It would be the wise thing to do.

As for certifiable greatness, we really won’t know about Wise until he’s played some majors and established himself beyond this two-tournament stretch. Had he not turned pro, he would have been a college senior leading Oregon into the NCAA finals.

But what we do know, based on the opinions of those closest to him, is that Wise has the “instinctual” and “emotionally strong” qualities of a great one – the “real deal” qualities, so to speak.

From “knowing how to win” (college coach Casey Martin), to “being a natural in picking the right shot” (swing instructor Jeff Smith) to “the way he embraced mental training, very much like Tiger.” (sports psychologist Jay Brunza), Wise ranks high in all the nuances required of greatness.

Asked if he was surprised with Wise’s second-place finish at the Wells Fargo Championship and win at the AT&T Byron Nelson, Smith said without hesitation, “Not at all. The tough part as a coach was tempering expectations. I have to keep reminding him over and over and over, you’re only 21 years old.”

This week’s Fort Worth Invitational will provide further opportunity to gauge where Wise ranks in the spectrum of potential greatness. One of the elements that surfaced in his last two starts: While not physically imposing, the kid’s athleticism is a noticeable byproduct of the tennis he played during middle school and early high school growing up in Lake Elsinore, Calif., just 54 miles from where Woods grew up in Cypress. Wise was good enough to be “pretty highly ranked,” and was torn between a golf coach that wanted him to quit tennis, and a tennis coach that wanted him to quit golf.

Golf won out, but what we have seen recently is Wise’s hand-eye athleticism at work, the ability of knowing what shot to hit and how to hit the off-speed and stroke-saving shots that are necessary under the gun. “He’s like a natural in the feel side of the game,” says Smith.

In the mental game, there are even some intuitive comparisons to Woods drawn by Brunza, who started working with Tiger when he was 13. The best example, thus far, of those qualities was the fifth shot Wise holed for bogey to close out his third round at Wells Fargo. After whiffing his third shot and blading his fourth, it was the most meaningful shot in Wise’s short time in the big leagues.

It was what Brunza would so aptly describe as “managing the nervous arousal level within.” Instead of being rattled, Wise chipped in for bogey. He would call it “huge,” and “awesome,” and made the promise that it would carry him into the final round – which it did.

Wise closed with a 68 that Sunday and lost by two strokes to Jason Day, never appearing to be nervous or out of place. After a week off for not qualifying for The Players, that relaxed confidence carried over to Dallas, to the point where closing out a PGA Tour win for the first time felt like it did at the NCAAs, Canada and the Web.com Tour.

“To not only compete, but to play as well as I did, with all that pressure, gave me confidence having been in that situation (with Day at Quail Hollow),” Wise said on “Morning Drive.”

Wise was accompanied at Trinity Forest by his mother, who engaged in what Wise characterized as a joking conversation Sunday morning of just how much money Aaron would make with a win. It was a reminder of the short time span was between winning on Tour, at 21, and not being able the handle costs of playing on the AJGA circuit. Showing poise and patience with rain delaying the last tee time by four hours, Wise did the smart thing and went back to sleep.

Wise didn’t come on radar until he won the 2016 NCAA Men’s DI individual title and helped lead the Ducks to the team title.

Playing mostly what Oregon coach Martin calls local events in Southern Cal hurt his exposure, but not his potential. “He came on really fast,” Martin remembers. “He was a very good junior player but wasn’t the greatest and he didn’t come from a ton of money so he didn’t play AJGA [much] and wasn’t recruited like other kids.”

Instead of pursing pre-law at Oregon, Wise went to the tour’s development schools and won the Syncrude Oil Country Championship on PGA Tour Canada and the Air Capital Classic.

Before Quail Howllow, there was nothing to indicate this sort of transcendent greatness. Statistically, none of numbers (except for being ninth in birdies) jump off the stat sheet. He’s 32nd in driving distance and 53rd in greens hit in regulation. But there are no strokes saved categories for the instinctual qualities he displayed on the two Sundays when he’s had a chance to win. “He’s a really cool customer that doesn’t get rattled,” says Martin. “He doesn’t overreact, good or bad.”

Lately, it’s been all good.

Ice pack on his head, Aaron Wise said he felt “fine” but “a little sore” after being hit in the head with an errant tee shot. 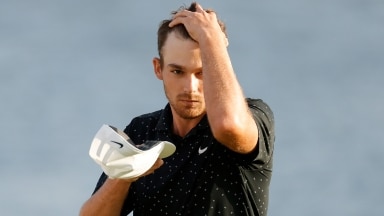