Ryder Cup hopefuls off to slow starts in Denmark 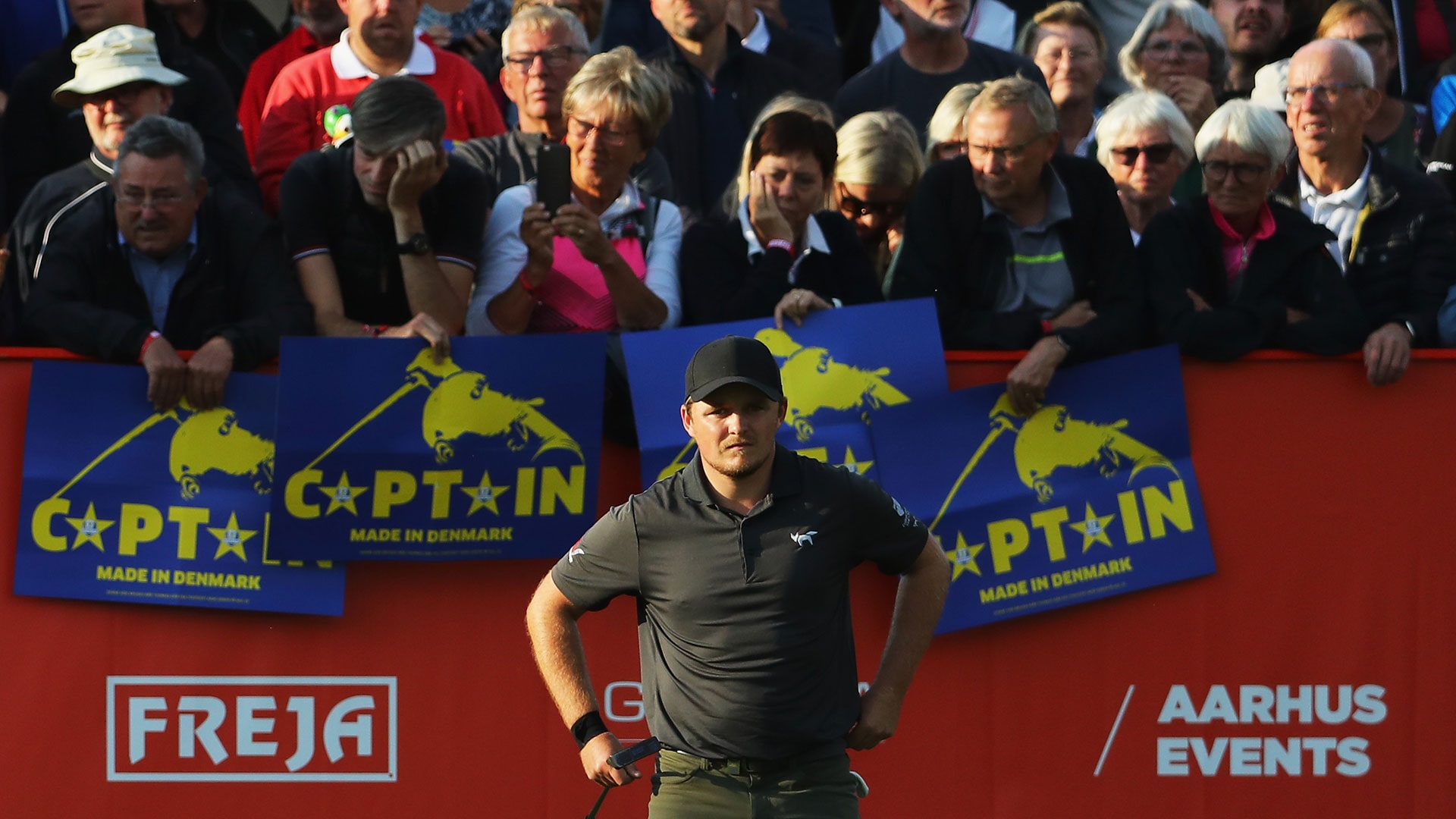 AARHUS, Denmark – Eddie Pepperell shot a 2-under 70 in the first round of the Made In Denmark tournament on Thursday to make the best start of the three players bidding to secure the final qualifying spot in Europe's Ryder Cup team.

Pepperell, who needs to win the event to stand a chance of moving into the automatic qualification places, was playing in the same group as European captain Thomas Bjorn and ended the day six strokes off leader Jonathan Thomson of England at Silkeborg Ry Golf Club.

''It is probably more an inspiration, I wouldn't say a distraction,'' Pepperell said. ''I don't think it's affected my score today and I don't think it will affect my score moving forward, for the good or for the bad.''

Thorbjorn Olesen and Matthew Fitzpatrick are the other two players battling for the last spot in the European team via the World Points list and neither broke par.

Olesen was 4-over after 6 holes but fought back for a 73. The Dane teed off knowing a top-seven finish would guarantee him a place in Bjorn's team.

''I was a bit nervous on the first tee,'' Olesen said, ''but other than that I felt good out there.''

Fitzpatrick had three birdies and three bogeys in an even-par 72. The Englishman will jump ahead of Olesen with a win, provided Olesen finishes outside the top seven.

Olesen and Pepperell would be Ryder Cup rookies. Fitzpatrick made his debut in Europe's loss to the Americans at Hazeltine in 2016.

Thomson made nine birdies in his 64, which was his career-best score on the European Tour. He led by two shots from a group of six players - Matt Baldwin, Christiaan Bezuidenhout, Lucas Bjerregaard, Josh Geary, Hunter Stewart and Brett Rumford.

Robert Karlsson, a Ryder Cup vice captain playing in the same group as Fitzpatrick, became the 11th player in history to reach 600 appearances on the European Tour.