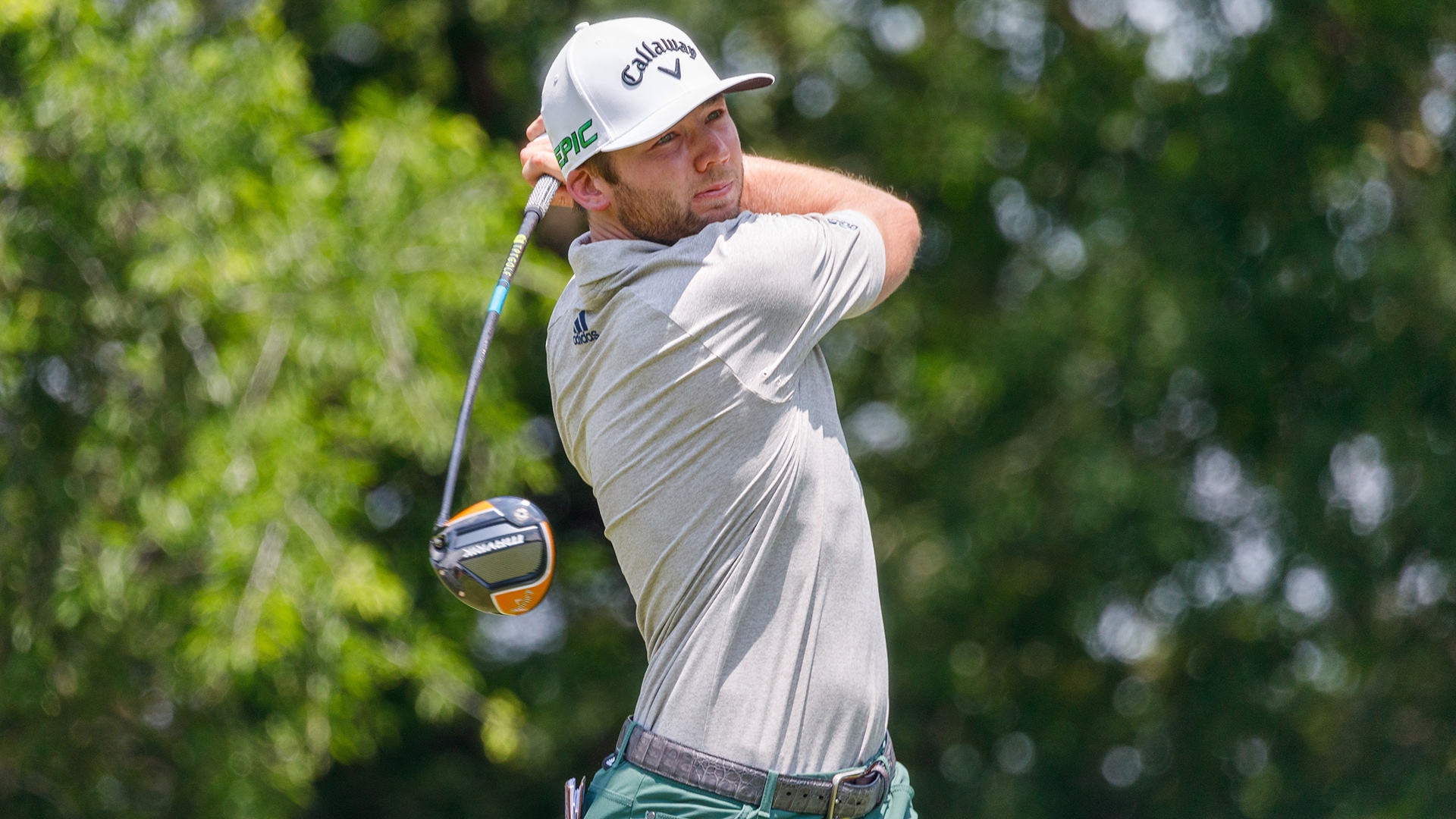 And the AT&T Byron Nelson is in a race to beat the notorious spring weather in Texas — again, this time with plenty of players having at least one eye on next week's PGA Championship.

Burns shot a 3-under 69 for a one-stroke lead over K.H. Lee, who had a 67 and briefly pulled even before Burns missed by inches matching Spieth's eagle on 18 and tapped in for birdie.

Spieth, Matt Kuchar and Charl Schwartzel each shot 66 and were three strokes back along with 38-year-old Swedish journeyman Alex Noren, who shot 70 and is looking for his first PGA Tour win in his 104th start.

The players will switch from twosomes back to threesomes going off the first and 10th tees soon after daybreak Sunday with heavy rain in the forecast.

Without delays, the tournament famous for interruptions from spring storms — including severe weather that even changed the course's par total in the middle of the event six years ago — will finish about four hours earlier than normal.

The players, of course, will be expecting delays.

“If there are delays, you get pretty used to having to deal with delays,” said Kuchar, among the roughly two dozen PGA qualifiers who made the Nelson cut. “Kind of expecting that tomorrow will be an on-again, off-again day.” 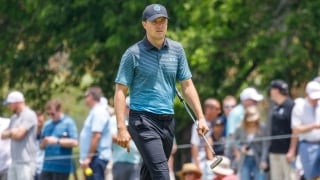 For the second straight day, Jordan Spieth capped his round with an eagle, and he's three back entering Sunday at the Byron Nelson.

Spieth rolled in another eagle at the par-5 18th, this time a shorter, bending putt from the fringe behind the hole. It just trimmed his deficit after Spieth's 55-footer up a hill that splits the green gave him a share of the first-round lead.

The roar was the same, though, from the biggest gallery on the new course of his hometown event, the TCP Craig Ranch in McKinney, about 30 miles north of Dallas. It's the third venue in the past four Nelsons.

“Once it got on the green, it looked good,” Spieth said. “Started the putter raise and I wasn’t positive it was going in because the angle it was coming in at. I wanted to do the no look to the crowd, but, I mean, it was a really cool moment.”

Scott Stallings and Harris English were among six at 15-under 201, shooting matching 63s after making the cut on the number at 6 under. It was a record low for the Nelson on a course that hosted Korn Ferry Tour Championships but looks overmatched against some of the game’s best.

Burns, trying to become first player since Camilo Villegas in 2008 to get his first two PGA Tour victories in consecutive events, had his first bogey of the tournament on No. 1 and another on the sixth hole. He missed an eagle by inches on 18.

The 24-year-old Louisiana native fell short at the Houston Open and the Genesis Invitational at Riviera this season after holding early leads. Burns shared the 36- and 54-hole leads before finally breaking through and winning the Valspar Championship two weeks ago.

Burns held the lead by himself both rounds this week, even after a third round that paled compared to his career-best, 10-under 62 on Friday. Burns and caddy Travis Perkins talked about just that walking toward the 18th green.

“I told him, ‘Man, I didn’t really have my best stuff today and just left a few out there,’” Burns said. “He’s like, ‘Yeah, but it’s hard to follow up what happened yesterday. It’s important to remember that.’”

Lee, who was the clubhouse leader for hours Friday before a back-nine surge from Burns, birdied four of his last seven holes in a second consecutive bogey-free round.

Spieth's eagle was a boost after back-to-back bogeys stalled the momentum of six birdies over a nine-hole stretch for the three-time major winner who will be looking for the career grand slam next week.

Kuchar birdied five of the last seven holes on the front nine, and the 2011 Masters champion Schwartzel, who chipped in for eagle on the par-5 fifth, answered a bogey at 16 with consecutive birdies.

“I had a bunch of opportunities,” said Schwartzel, whose other PGA Tour victory was the Valspar five years ago. “Only putt I made all day was the one on No. 17, and that was maybe a 10-footer. I had a whole lot of those that I didn’t make.”

Stallings birdied six consecutive holes a day after shooting 71 in the second round, when allergy medication affected him badly enough for his caddy to ask, “You think we could break 80 today?”

Seeking his first win since 2014, Stallings made the turn at 2 under in the second round. The 36-year-old Tennessean had four straight birdies and has played 27 holes in 13 under.

“You’re way behind, you’re trying to give yourself as many birdie putts as you can,” said Stallings, who has just three top-three finishes in seven years since winning at Torrey Pines. “I didn’t know that I made six in a row.”

Sung Kang, the defending champion from 2019 before last year's COVID-19 cancellation and the subsequent move to Craig Ranch after two years at the treeless links course Trinity Forest in Dallas, shot 72 to remain at 8 under.

Jon Rahm, the highest-ranked player in field at No. 3, is 11 under after a 68. Fifth-ranked Bryson DeChambeau, who played at nearby SMU, stayed at 7 under with a 72.

Purse and FedExCup points breakdowns for winner K.H. Lee and the rest of the players who made the cut at the 2021 AT&T Byron Nelson. 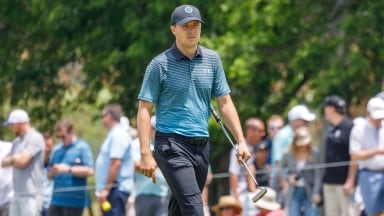 For the second straight day, Jordan Spieth capped his round with an eagle, and he's three back entering Sunday at the Byron Nelson. 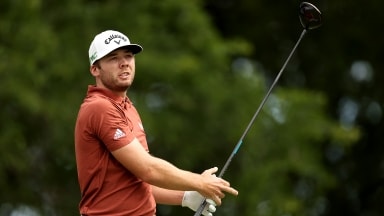 Sam Burns birdied six of his last eight holes Friday for a 10-under 62 and a two-stroke lead after the second round of the AT&T Byron Nelson.