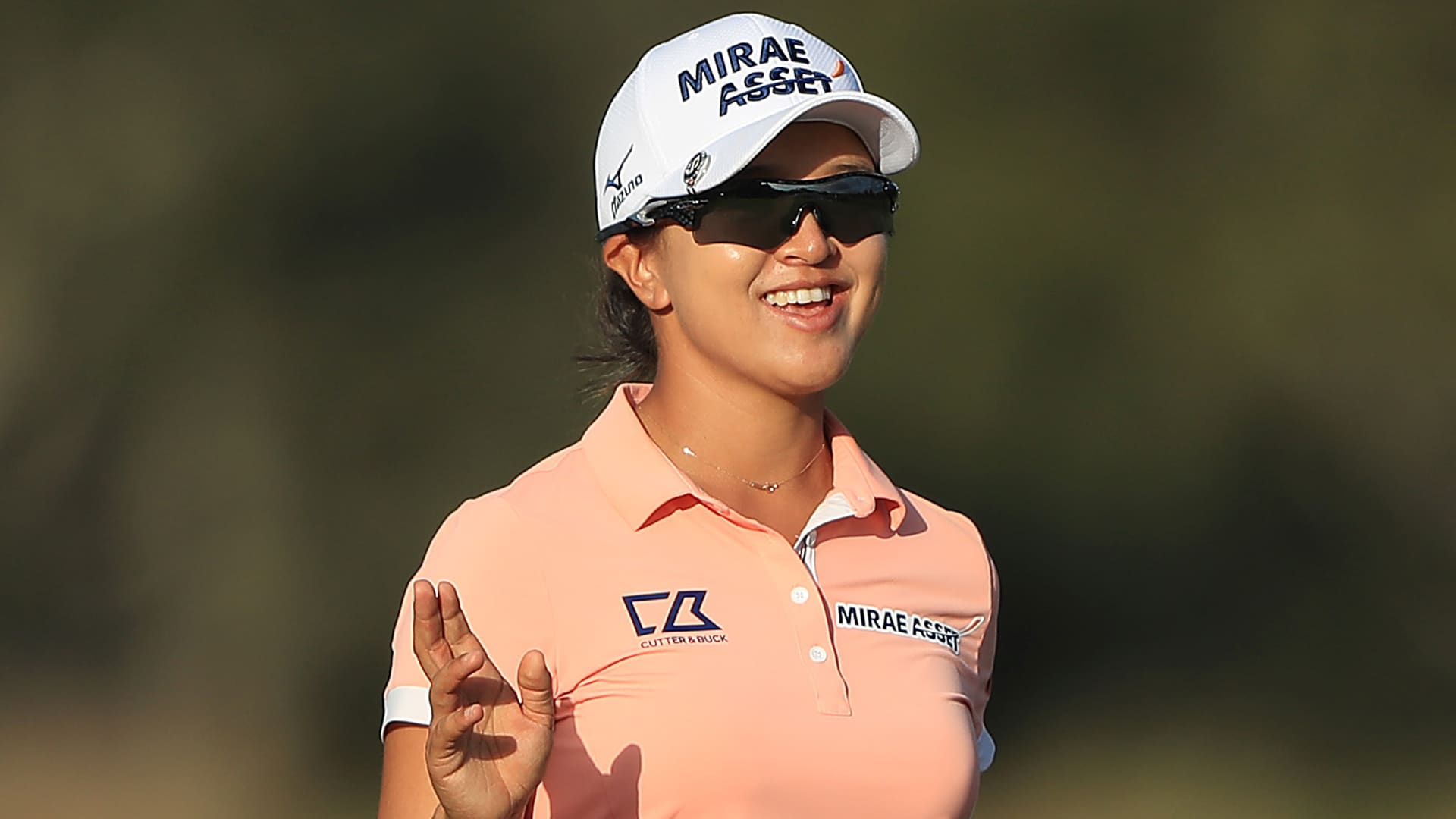 NAPLES, Fla. – Sei Young Kim has some big-hitting company to hold off this weekend in her bid to win the CME Group Tour Championship.

Kim’s 5-under-par 67 Friday kept her atop the leaderboard at Tiburon Golf Club with some proven star power climbing into contention for the $1.5 million winner’s check, the largest in the history of women’s golf.

Kim’s ball striking could make her tough to beat on the weekend.

“Very consistent,” said Kim, who is seeking her 10th LPGA title, her third this season. “I didn’t miss a fairway today ... I try to focus on ball striking well.”

Henderson, who has a winter home a half hour from Tiburon, made her move despite a difficult start. After a double bogey at the first, she rallied with seven birdies over the final 15 holes.

“It just seemed like I could make everything,” Henderson said of a run of five birdies over six holes on the back nine.

As usual, Henderson had large galleries rooting her around the course. The Canadian gets support everywhere, especially in Florida and Arizona in winter events.

“I love playing here,” Henderson said. “A lot of snowbirds, a lot of Canadians down here, and a lot of friends we’ve made in Naples.”

Nelly Korda got off to a blazing start, making the turn in 31 to take sole possession of the lead, but a couple bogeys on the back nine slowed her down.

“Definitely hit the brakes on the back nine,” Korda said. “But all in all, I've been really hitting it solid, giving myself a lot of good opportunities, and I think that's what's really going well this week.”

Thompson, who has a victory and a T-2 finish in her last two starts at Tiburon, got a few more putts to drop switching up her grip on Friday. She went from a conventional grip in the first round to a claw grip in the second round. It proved effective as she made four birdies and an eagle against a single bogey.

“I've been kind of back and forth, just trying to find something I'm very comfortable with, and claw it is,” Thompson said.

Thompson took 27 putts on Friday, five fewer than she did in the first round. She has a history of tinkering with putters and her grip.

“I feel very comfortable with the claw,” Thompson said. “I’ve just gotten away from it.”

Thompson didn’t need her putter to jumpstart her round. She holed out from a greenside bunker for eagle at the sixth hole.

“A little bit of a momentum getter, for sure,” Thompson said.

With 36 holes to go to the big payday, tension promises to build on a weekend taking on the edgy, nervous feels of something major.