For Singapore's Tai, college golf will have to wait until 2022 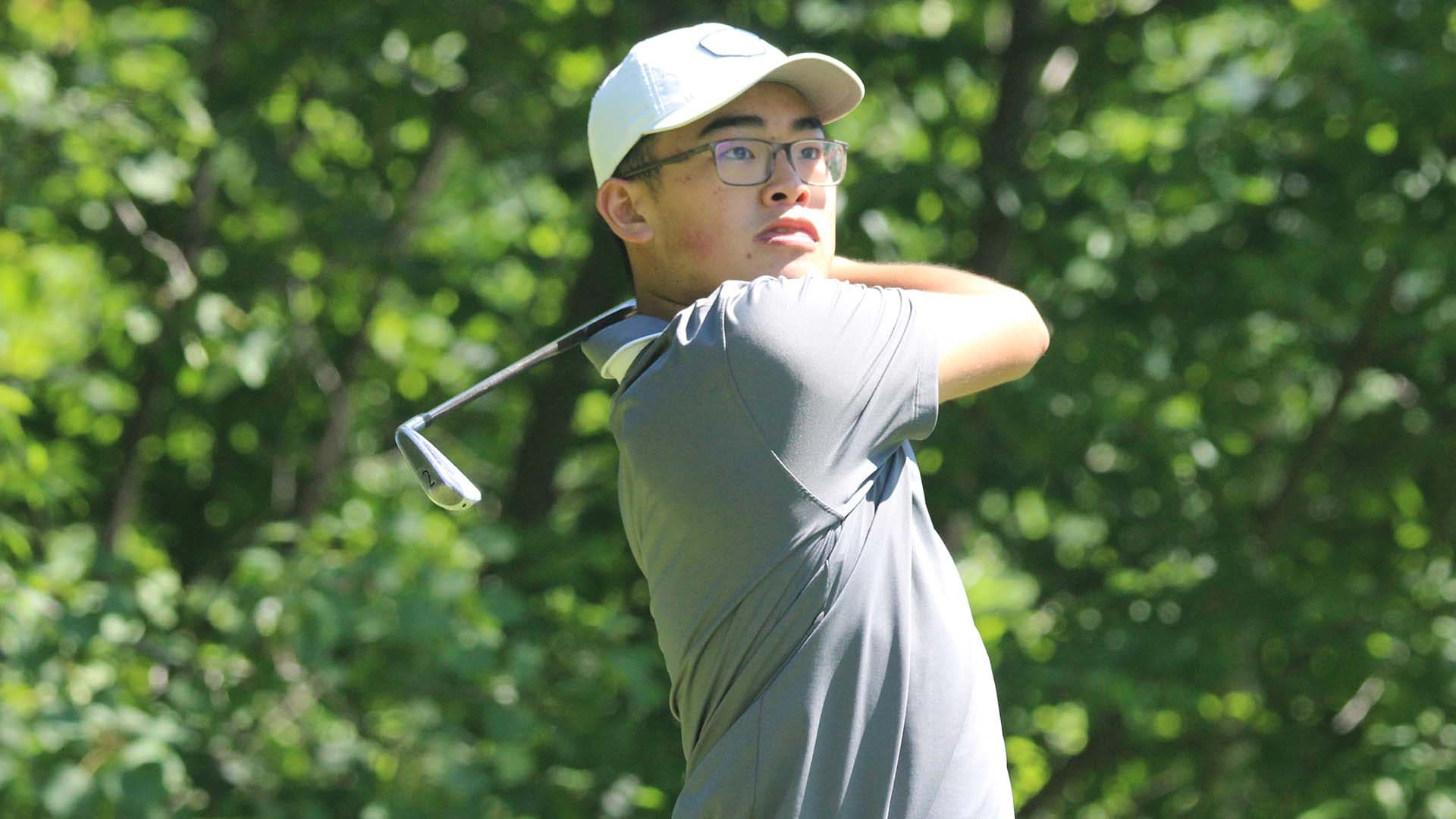 Like so many other Class of 2020 golfers around the country, Georgia Tech commit Hiroshi Tai had much to celebrate last Wednesday, the first day of the national signing period. But while he took part in all the signing-day festivities at his school – team spirit, photos, signs, balloons – Tai didn’t put pen to paper.

The Windermere Prep senior plans to graduate early in December but couldn’t sign his national letter of intent because he won’t enroll in college until Spring 2022. Instead, he will travel back to Singapore, where he is a citizen, and begin his 22-month national service.

“I’m excited about it,” Tai said. “I’ll be able to experience something completely different than most other college golfers out there.”

Tai was born in Hong Kong but grew up in Singapore, where his father, Jacky, is a first-generation naturalized citizen. Despite having lived in Florida since middle school, Tai is not exempt from the rule that requires all male Singaporeans and second-generation permanent residents to serve their country.

Tai plans to enlist on Jan. 2. From there, he will go through eight weeks of basic training in Pulau Tekong, an island off the country’s northeast coast, before being assigned to one of three service areas: Singapore Armed Forces, Singapore Police Force or Singapore Civil Defense Force. The majority of recruits will be selected to serve in the army.

While most servicemen get weekends off, the weekly schedules for each unit vary. No matter where he is assigned, Tai knows the time available to him to play and practice golf could be decreased significantly.

“His environment is going to change a lot,” said Tai’s coach of four years, Nick Duffy, who teaches out of Orange County National in Winter Garden, Florida. “He’s a very competitive golfer. That’s going to be the hardest thing for him is not losing that about him. He’s probably played 20 tournaments a year for how many years now, and now you take that away. That’s a tough one.”

Tai said he has one friend who flies drones for the navy and is able to spend nights at home because the navy doesn’t have barracks, and usually plays most afternoons and evenings. He has another friend who is a medic in the army and works a two-days-on, one-day-off shift, and plays sparingly.

James Leow, a sophomore at Arizona State who completed his service last year, was a firefighter and said he went almost four months without playing a round of golf.

“Even though you have the weekends off, you often spend those resting and spending time with family,” Leow said. “You don’t have much time for golf, maybe a half day to hit some balls or something, but I was just so tired from training every day.

Tai is already prepared to go stretches without picking up a club. He broke his left ankle toward the end of his sophomore year and was forced to take a two-month break. He immediately jumped back into a full summer of golf, playing with a brace, and played decently. He struggled at times with the driver, but he also managed to win an AJGA event that July and verbally committed to Georgia Tech that same month.

Duffy credits the flashes of success to Tai’s high golf IQ because there were still signs of rust in his game.

“With the amounts of reps under pressure he lost,” Duffy said. “It took him almost a full year to get back to where he was before the injury.”

Tai is bracing for similar rust after he completes his service, so he plans to redshirt his first semester and concentrate on building his game back up while getting ahead in a demanding civil-engineering major track.

In other ways, though, Tai could be stronger than most sophomores when he finally tees it up for the Jackets, as a 21-year-old, beginning in the fall of 2022.

“You throw this kid in that environment, with the mental and physical toughness of going through the army, and then throw him back into college golf after that, he could be head and shoulders ahead of a lot of other kids in the same grad class,” Duffy said.

Leow has experienced that firsthand.

“Even though you’re taking time away from golf and practice, it just toughens up your body and your mental game,” Leow said. “When I did get to practice, I felt like I cherished the time more than I used. I started being more efficient, thinking about the drills that I should be more focused on. Then going straight out of the military to college, with the biggest things [to learn being] discipline and time management, you already know the sacrifices you need to make to get to where you want to.”

Tai will play the Southeast Asia Games later this month in what will likely be the last competitive golf he plays for almost two years. While some kids his age look at national service as an obstacle and something to get over with as soon as possible, Tai is trying to see the bright side.

“I want to get something out of this, so I don’t waste my time there,” Tai said. “It might not be fun playing not as well at the beginning [of college], but I’ll be able to be mentally stronger than others.

“[Georgia Tech] coach [Bruce] Hepler and I have talked about it – he’s excited, I’m excited – we’re looking forward to seeing what I turn into.”