BIRMINGHAM, Ala. – Australian Sarah Jane Smith made a strong move before the weather delays hit Friday at the U.S. Women’s Open to take sole possession of the lead in the weather-suspended event.

Smith put up another 5-under-par 67, moving her to 10-under 132, two shots off the 36-hole championship record set by Helen Alfredsson in 1994. Smith is four shots ahead of fellow Aussie Su Oh (68) and Thailand’s Ariya Jutanugarn (6-under thru 26 holes).

Play was halted for the day at 7:20 p.m. CT with horns blasting a “dangerous weather” warning for the second time in the round. The entire afternoon wave (78 players) was still on the course when play was suspended. They’ll return at 6:45 a.m. CT to finish the second round.

Play was stopped for 3 hours and 49 minutes in the afternoon because of “dangerous weather.” While little rain fell on the course in that delay, there was lightning in the area.

Smith, 33, shared the first-round lead, her first lead in a major.

“I haven't been in this position before, but I hope to show up like it's another day,” Smith said. “I'm happy with the way I'm playing. I feel comfortable on the greens, which has been something that has been a little bit off lately.”

Smith is flourishing on the back nine, where she is 10 under.

The cut will be made to the low 60 scores and ties after the second round concludes on Saturday.

Defending champion Sung Hyun Park won’t make the cut. After rounds of 76 and 77, she’s five shots off the projected cutline of 4 over. That will be her third missed cut in her last four starts, with a victory at the Volunteers of America Texas Classic wedged amid them. World No. 2 Shanshan Feng has work to do to make the cut. She’s at 5 over through 26 holes.

Ten amateurs left the course Friday inside the projected cutline.

Sweden’s Linn Grant (72), an 18-year-old amateur playing in her first major, is tied for fourth. Lucy Li (74), the youngest player in the field at 15, is in position to make the cut at T-38. She was the youngest player ever to qualify for the U.S. Women’s Open when she was 11. 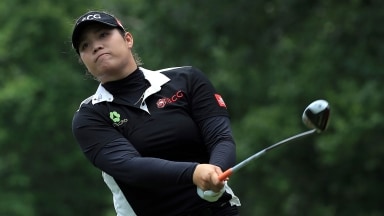 Ariya Jutanugarn moved one shot closer to Sarah Jane Smith in Saturday morning’s finish to the suspended second round of the U.S. Women’s Open. 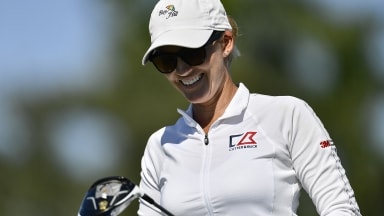 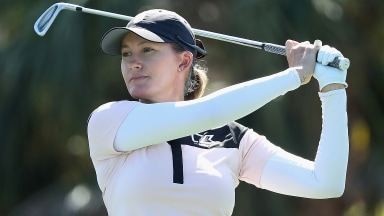 Sarah Jane Smith is making the most of the devoted efforts of Sean Foley this week, tying for the first-round lead in the CME Group Tour Championship.