Course doesn't favor Euros, but Scottish weather on their side 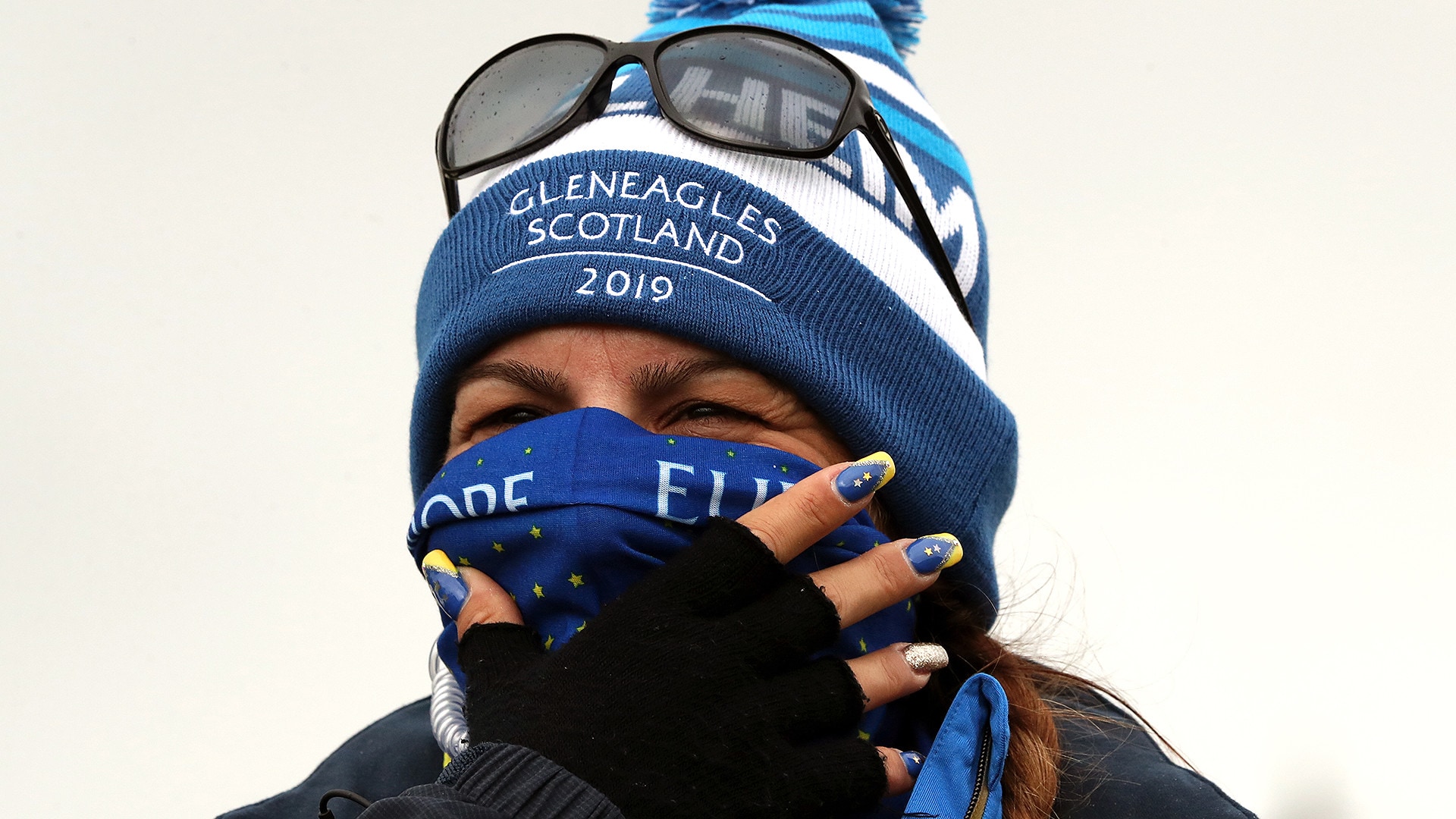 GLENEAGLES, Scotland – Gleneagles’ PGA Centenary Course is a beautiful layout that cuts its way through the Perthshire countryside, the Grampian Mountains offering picturesque views in the distance.

But one thing it isn’t: links.

“It's kind of American-style golf course,” said Europe’s Charley Hull, “but then you look around you're in Scotland.”

The Centenary was designed by Jack Nicklaus in 1993 and hosted the 2014 Ryder Cup. While the course provides plenty of challenges, especially with its undulation (variety of lies, sloping greens, etc.), those problems aren’t what players are faced with on some of the classic seaside links venues in the U.K.

And with soft conditions this week, the ground game will be negated even more at Gleneagles, as players won’t have to worry about where their shots will bounce and roll like they do in firm and fast conditions.

“The golf course is definitely not links-style,” said American Danielle Kang, “and personally I'm happy about it.”

The Centenary will play long and should favor the longer hitters, but it wouldn’t be surprising to see lots of birdies (especially on gettable holes around the turn) with receptive and slower greens.

“I think you'll be very impressed with both sides of golf,” said U.S. captain Juli Inkster.

The wind will be an issue, though it has been consistent all week and on some holes trees and dunes block the gusts early in shots, which is a big transition for many American players. Friday’s forecast calls for 23-mph winds while Saturday and Sunday will see 27- and 25-mph winds, respectively.

The high temperatures will be in the mid-50s each day, so coupled with the wind and light rain that’s expected (40 percent on Friday and Sunday, 30 on Saturday), the Europeans should have a slight advantage with the conditions.

Europe assistant Laura Davies, however, would rather concede that advantage for another.

“The weather is good for the week, the galleries will be really noisy, and that's what we need,” Davies said. “Everyone says we want a bit of rain for the Americans. No, we want beautiful weather so the galleries can get out there and enjoy themselves and just cheer us on and be the 13th man out there, because that's what the home-soil advantage gives you.”