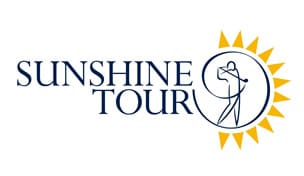 PORT ELIZABETH, South Africa – The South African golf tournament claiming to be among the richest anywhere outside the United States and a challenger to some of the world's top events has been indefinitely postponed.

Organizers said Friday that the Tournament of Hope, which was to have prize money of $8.5 million, won't take place in November as planned and has been ''put on hold for the foreseeable future'' after failing to secure sponsorship.

South Africa's Sunshine Tour says that it has been ''unable to fulfill the expectations of potential sponsors for various reasons beyond its control'' and the weakening of the South African currency ''added more pressure to the budget.''

Sunshine Tour executive director Selwyn Nathan says ''it is deeply regrettable that we have had to take this decision.''

The Tournament of Hope was sanctioned by the International Federation of PGA Tours, though it did not receive World Golf Championships status. It was to be the centerpiece of a proposed worldwide AIDS awareness effort.