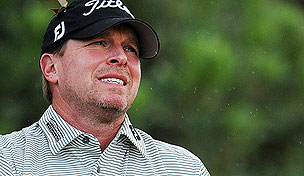 MARANA, Ariz. – Apparently Steve Stricker is among the players who have changed their tune in regards to the potential anchoring ban.

A day after the Player Advisory Council held a meeting to discuss the PGA Tour’s formal reply to the governing bodies, Stricker said that he has changed his mind about anchoring during this 90-day comment period.

The PGA Tour is now in the process of drafting a formal proposal that will be sent to the U.S. Golf Association and Royal & Ancient. The comment period ends Feb. 28.

If the governing bodies indeed enact the ban, which would take effect in 2016, when the next Rules of Golf is published, the PGA Tour could decide to create its own rule and allow anchoring at its tournaments.

“I can see the Tour adopting the rule saying that it’s OK for players to use a long putter,” said Stricker, one of the Tour’s four Player Directors, along with Jim Furyk, Paul Goydos and Harrison Frazar. “We have probably a couple other rules out here on our hard card that are different from USGA rules too, and this wouldn’t be any different, I guess.”

Such a move, however, would seemingly diminish the effectiveness of the governing bodies. Another issue yet to be ironed out: If the governing bodies enact the rule, but the PGA Tour does not, players would not be allowed to anchor in at least two of the four major championships.

“That would be pretty weird,” Stricker said. “And for those players to try to make that change is going to be pretty tough on them.” 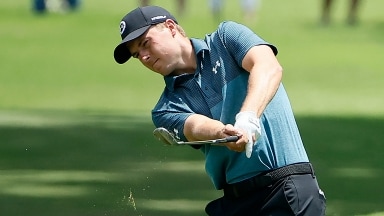 Spieth birdies last to lead by one at Colonial

Jordan Spieth made a great finish out of the right rough, and still had the lead after three rounds at Colonial.