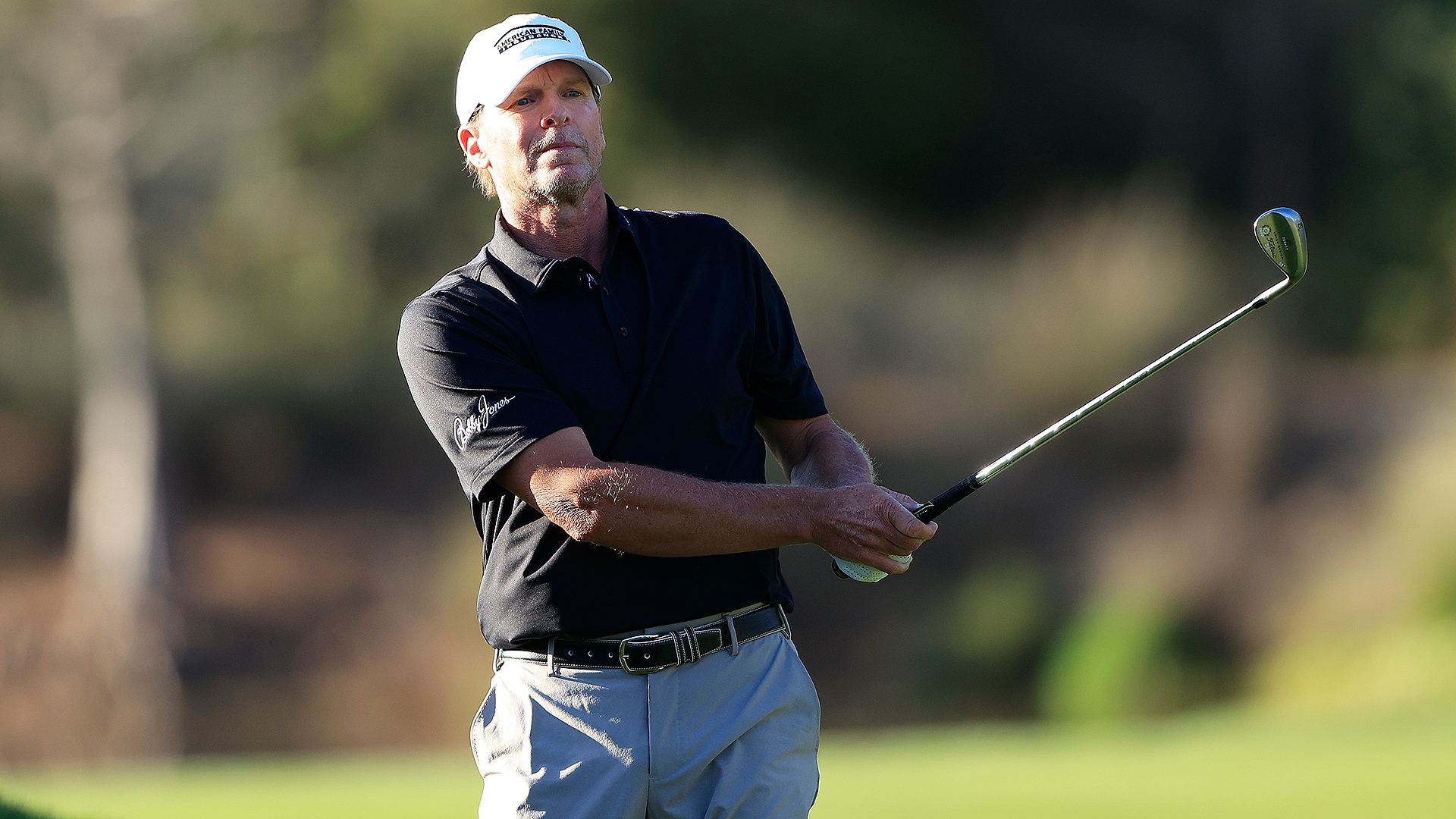 NAPLES, Fla. — Steve Stricker figured someone could come out of the pack with a low score and win the Chubb Classic on Sunday, and it turned out to be him.

Stricker closed with a 5-under 67, taking control with a wedge into 3 feet for birdie on the 16th hole. That carried him to a one-shot victory in Naples, where the 54-year-old from Wisconsin makes his winter home.

The U.S. Ryder Cup captain won for the sixth time on the PGA Tour Champions, his first title since the U.S. Senior Open in the summer of 2019.

“I felt like someone could shoot a low number, and I was hoping it would be me,” Stricker said. “There's a lot of short irons on this course if you put it in play.”

Robert Karlsson of Sweden, who shared the 36-hole lead with Fred Couples, and Monday qualifier Alex Cejka of Germany each made birdie on the final hole to tie for second.

Cejka is assured of getting into the next open Champions event without qualifying.

Couples was still in the mix until his tee shot on the par-5 15th sailed right into the bushes, leading to a penalty drop and a bogey on a hole where birdie would have tied him for the lead. He made pars the rest of the way for a 71 to tie for sixth.

Stricker started one shot behind at Tiburon Golf Club and ran off three birdies on the front nine of the Black course to surge ahead. He stretched his lead to three shots before a collection of players began to creep closer.

Stricker had a chance to put it away earlier until catching the lip on an 8-foot birdie putt on the 14th. He had a long eagle putt on the 15th that he left about 6 feet short, and he pulled that one badly to settle for par.

That opened the door for others in the group behind, particular with two par 5s over the final four holes. Stricker gave himself a bigger cushion with his wedge that landed about 12 feet short of the hole on the 16th and rolled out to 3 feet.

“I could have made it easier on myself,” Stricker said. “It's tough to win anywhere, and I'm happy to get it done.”

Stricker also made a tough bunker save left of the 17th green for par. Cejka and Karlsson in the final group needed eagle to force a playoff. Cejka came up short and in a bunker on the par-5 closing hole, while Karlsson sent his fairway metal well to the right.

Kevin Sutherland (66) tied for fourth and stayed atop the Charles Schwab Cup standings.

Stricker moved up 11 spots to No. 13 in the Schwab Cup. As Ryder Cup captain, he still splits time between the PGA Tour and the PGA Tour Champions, and he sounded as if he were in no worry to join the 50-and-older set on a regular basis.

He is just inside the top 125 in the FedEx Cup standings on the PGA Tour.

“I enjoy playing out here,” Stricker said. “The competition is great, but I still enjoy playing on the regular tour. I've had a couple of good showings. I want to play on that big tour and see if I can't make the playoffs one more time.”