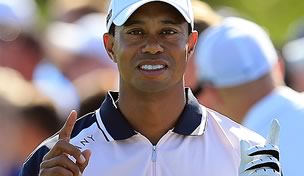 Getty Images
LAS VEGAS - OCTOBER 17: Chad Campbell tees off the 8th hole with his caddy during the third round of the Justin Timberlake Shriners Hospitals for Children Open at the TPC Summerlin on October 17, 2009 in Las Vegas, Nevada. (Photo by Marc Feldman/Getty Images)  -

Tiger Woods will again represent Team Albany at this year’s Tavistock Cup, which will be held March 25-26 at Isleworth Golf & Country Club in Windermere, Fla. For the first time the two-day competition will feature six teams, with the addition of Oak Tree National and Team Primland, which brings the likes of Fred Couples, Rickie Fowler and Webb Simpson into the fray.

The competition, which consists of six four-man teams, will be televised live by the Golf Channel. Lake Nona is the four-time defending champion.

Per usual, only club members, sponsors, designated charities and invited guests are admitted to the two-day event.