The Tiger comeback just got real on Friday 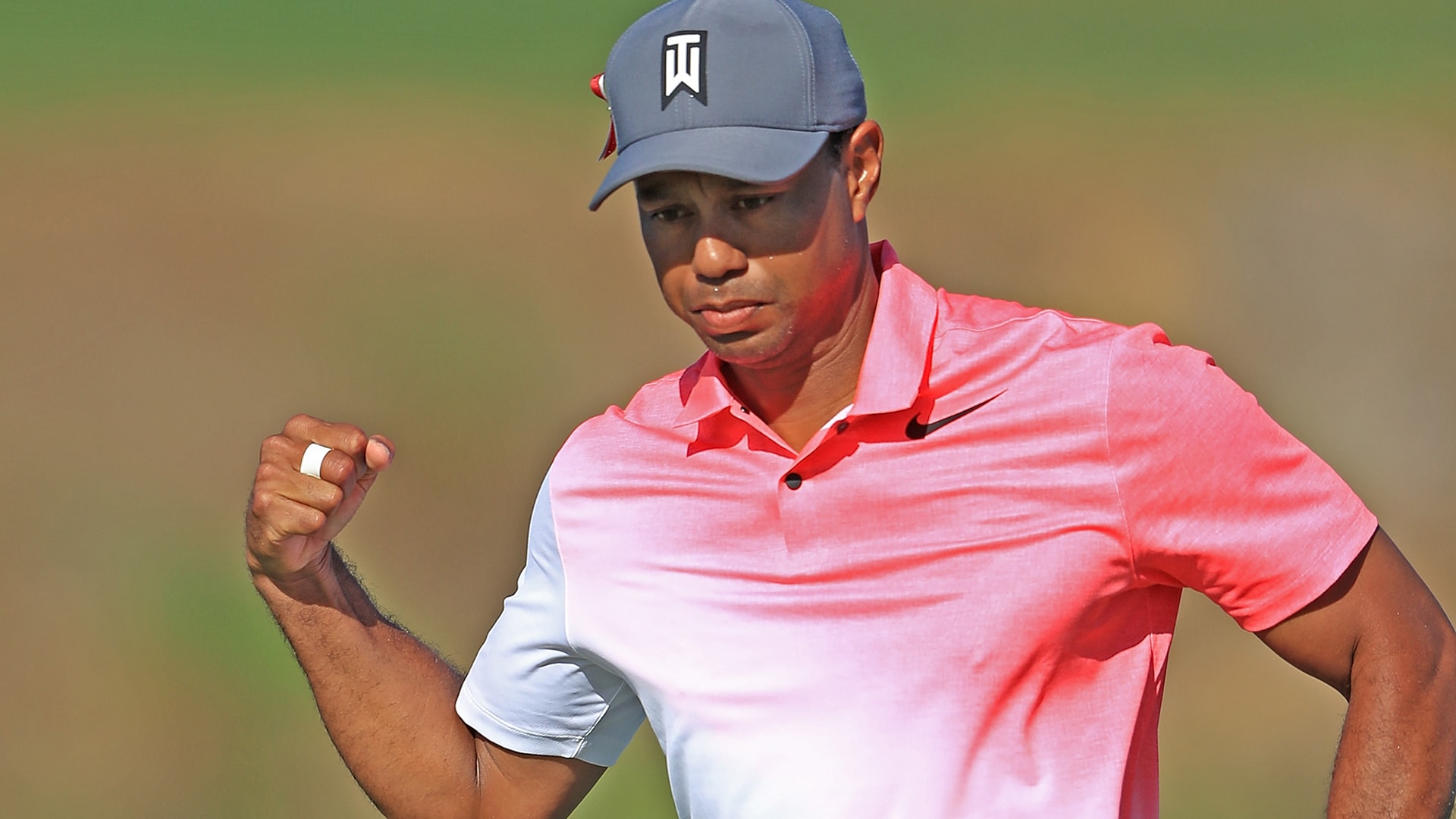 PALM BEACH GARDENS, Fla. – Slow play was a big storyline on the PGA Tour’s West Coast swing, but not so much anymore.

Not with Tiger Woods speeding things up Friday at the Honda Classic.

Not with Woods thumping the gas pedal around PGA National’s Champion Course, suddenly looking as if he is racing way ahead of schedule in his return to the game.

It turned from wondering at week’s start if Woods could make the cut here, after missing it last week at the Genesis Open. His game was too wild for Riviera, where a second-round 76 left him looking lost with the Masters just six weeks away.

It turned in head-spinning fashion Friday with Woods climbing the leaderboard in tough conditions to get himself into weekend contention with a 1-over-par 71.

He is just four shots off the lead.

“I’d be shocked if he’s not there Sunday with a chance to win,” said Brandt Snedeker, who played alongside Woods in the first two rounds. “He’s close to playing some really, really good golf.”

Just a few short months ago, so many of us were wondering if Woods was close to washed up.

“He’s only going to improve,” Snedeker said. “The more time he has, as the weather gets warmer, he’ll feel better and be able to practice more.”

Snedeker has had a front-row seat for this speedy Tiger turnaround. He played the third round with Woods at the Farmers Insurance Open last month. That was Woods’ first PGA Tour start in a year.

How much improvement did Snedeker see from that Torrey Pines experience?

“It was kind of what I expected – significantly improved,” Snedeker said. “His iron game is way better. His driver is way better. I don’t’ see it going backward from here.”

This was the hope packed into Friday’s new narrative.

“I’m right there in the ballgame,” Woods said. “I really played well today. I played well all day today.”

Tiger sent a jolt through PGA National when his name hit the top 10 of the leaderboard. He didn’t do it with a charge. He did it battling a brutish course in wintry, blustery winds, on “scratchy” and “dicey” greens that made par a good score.

When Woods holed a 25-foot putt at the ninth to move into red numbers at 1 under overall and within three shots of the lead, a roar shook across the Champion Course.

“It got a little loud, which was cool to see,” Snedeker said. “It’s great to have that energy and vibe back.”

Woods sent fans scampering to get into position, blasting a 361-yard drive at the 10th, cutting the corner. He had them buzzing when he stuck his approach to 9 feet for another birdie chance to get within two of the lead.

“I thought if he makes it, this place will go nuts, and he could get it going like he used to,” Snedeker said.

Woods missed, but with the leaders falling back to him on this grueling day, he stuck his approach at the 12th to 10 feet to give himself a chance to move within a shot of the lead.

It’s another putt that could have turned PGA National upside down, but Woods missed that.

Patton Kizzire, a two-time PGA Tour winner who won just last month at the Sony Open, could attest to how tough the test at Honda has become. He played alongside Woods this week for the first time in his career. He shot 78 Friday and missed the cut.

Kizzire had a close-up look at what suddenly seems possible for Woods again.

“He’s figuring it out,” Kizzire said. “He hit some nice shots and rolled in some nice putts. It was pretty impressive.”

Woods could not hide his excitement in getting himself in the weekend hunt, but his expectations remain tempered in this comeback. He knows the daily referendums his game is subject to, how we can all make the highs too high and the lows too low.

Woods lost a tee shot in a bush at the second hole and made bogey. He hit his tee shot in the water at the 15th and made double bogey. He three-putted the 16th to make bogey. He knows this course can derail a player’s plans in a hurry, but he knows his game is quickly coming around.

Woods hit his shot of the day at the 17th to right his game after the struggles at the 15th and 16th. He did so in front of the Goslings Bear Trap Party Pavilion, cutting a 5-iron to 12 feet. It was the hardest hole on the course Friday, with nearly one of every three players rinsing a shot in the water there. Woods made birdie there to ignite an explosion of cheers.  He got a standing ovation.

“I was telling you guys, I love Riviera, I just don't play well there,” Woods said. “So here we are, we're back at a golf course I know and I play well here.”

So here we are, on the precipice of something special again?

Woods seems in a hurry to find out.