Woods unveils who he thinks will win the NCAAs 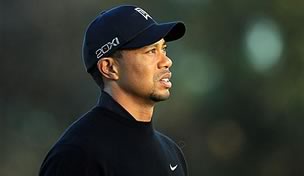 Getty Images
VIRGINIA WATER, ENGLAND - MAY 18: Ernie Els of South Africa answers questions from the media at a press conference prior to the BMW PGA Championship on the West Course at Wentworth on May 18, 2010 in Virginia Water, England. (Photo by Andrew Redington/Getty Images)  -

ORLANDO, Fla. – It’s late March which means bracketology is never far from anyone’s mind even if you’re Tiger Woods and have just spent the better part of five hours battling a cool wind at Bay Hill.

Although Woods didn’t give his entire bracket when asked about his NCAA Tournament picks on Thursday, he did give his winner. At least he hopes it’s a winner.

“I have Indiana going all the way,” said Woods, who opened with a 69 at Bay Hill. “At least I hope they will so I can make some cash.”

With his beloved Stanford out of the Tournament, seems Woods is all about the favorite. Makes sense.