Woods will likely win again, just not the U.S. Open 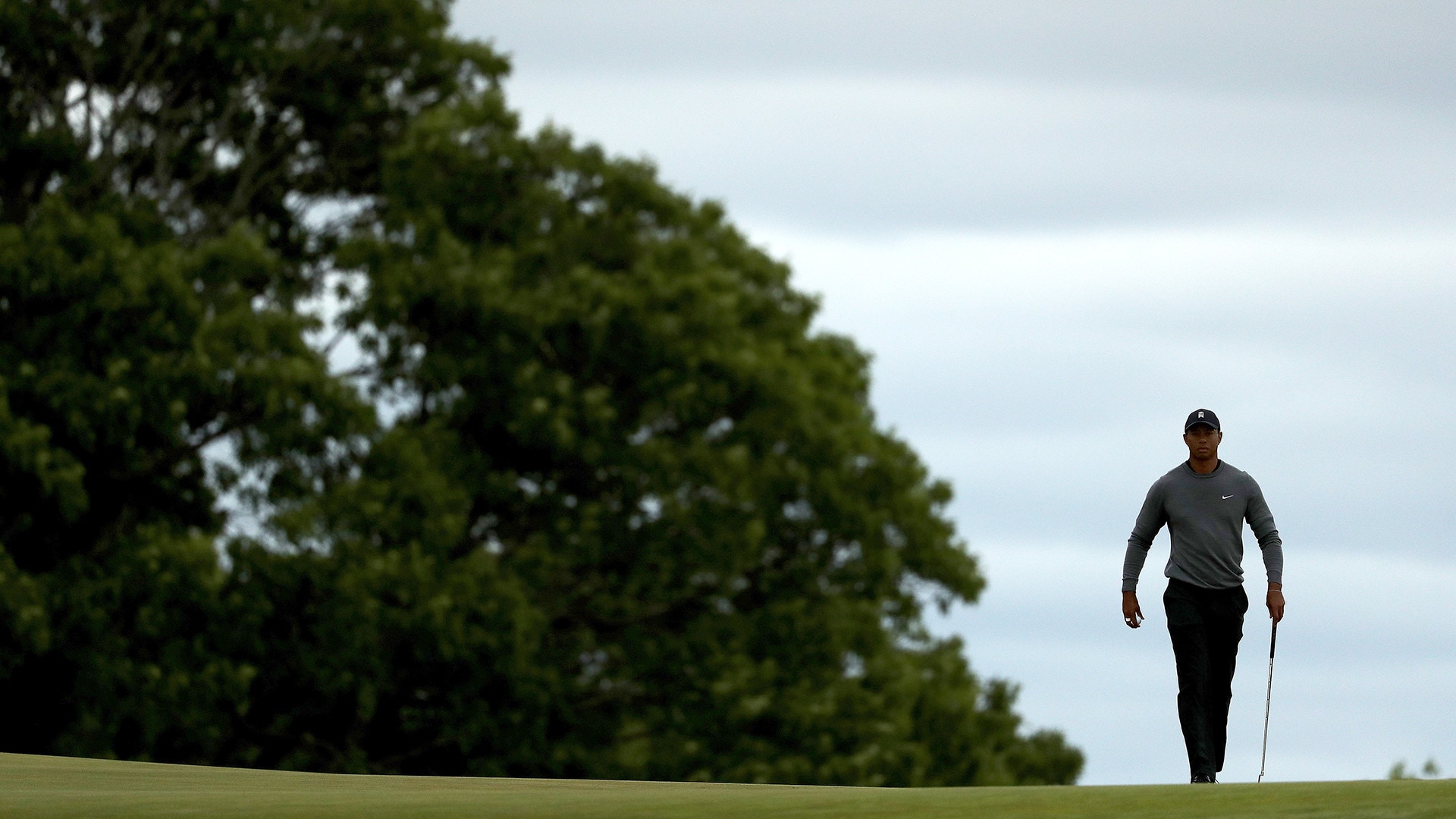 SOUTHAMPTON, N.Y. – Let me preface this by saying that Tiger Woods isn’t done.

This is not some sort of funereal proclamation, sending a decorated champion out to pasture in the sunset of his career. If anything, this season has been a revelation for a man who has turned back the clock at age 42, showing that he still has plenty of gas in the tank as he tries to keep up with players half his age.

He’ll likely win again on the PGA Tour, ending a drought that dates back to 2013. He might even bag a 15th major to snap a cold streak that stretches all the way back to 2008. But after missing the cut at Shinnecock Hills, one thing is abundantly clear: he won’t do it at the U.S. Open.

Golf’s most grueling test is one that Woods has aced three times before, and it’s a challenge he relishes. But it’s also one for which his game is now decidedly overmatched.

Woods spent the past two days strolling the same fairways as world No. 1 Dustin Johnson, who calmly dissected a demanding layout en route to taking the tournament by the throat. It was a clinical display, and their 14-shot disparity served to illuminate the chasm that lies between Woods’ performance and the one he would have needed to contend.

Simply put, the rigors of this tournament are too punishing for a player who remains a work in progress. Woods has yet to put all the pieces together, and the U.S. Open is the type of crucible that exposes even the smallest flaws.

“Typically, this is the hardest for anybody to win,” said Steve Stricker, who knows the ins and outs of Woods’ game better than many on Tour. “You have to battle everything. Not only the course, the setup is always borderline. And then you have to battle yourself to try to do it, because it’s very difficult. The pressure is at its highest, and it’s just one of those tournaments that’s very difficult to play well and win.”

When he has contended this year on Tour at places like Innisbrook and Bay Hill, Woods has been able to compensate for inconsistent aspects in his game. He could play around a temperamental driver and endure a streaky putter, cleaning up whatever mistakes he made along the way.

But this event offers no such margin for error. Instead of allowing players to turn potential doubles back into bogeys, the USGA’s tightrope walk of a setup more often turns bogeys into doubles or worse.

“You don’t win major championships by kind of slapping it around the place and missing putts. You have to be on,” Woods said. “I’ve won a few majors in my career, and every single one I’ve played well. And that just goes to setup. You can’t fake it at a major championship.”

For Woods, the slaps began on the opening hole. When his game was at its peak and major trophies were drawn to him with unprecedented magnetism, he was able to effectively manage the rare misses that inevitably popped up. But Thursday he split the first fairway and proceeded to fly his approach into a spot where Houdini himself would have struggled to salvage par.

From there it was a constant, uphill battle – not to get into contention, but simply to get his head above water.

“I couldn’t chase down the leaders right away,” Woods said. “It was going to take me probably two and a half or three rounds to do it. Unfortunately, I went the other way.”

It continues a trend for a player who remains plagued by an inability to garner much, if any, momentum in the season’s second major.

While pars are always at a premium under the USGA’s watchful eye, Woods is in the midst of a run of 11 straight rounds without breaking par that dates back to the second round at Olympic in 2012. Along the way, he has amassed a scoring average of 74.27.

The optimist will point out that the 2018 version of Woods should be separated from its injury-plagued predecessors. It’s also worth noting that in the next three years, the U.S. Open will travel to both Pebble Beach and Torrey Pines which, along with Augusta National, comprise the podium of locations for Woods’ crowning career achievements.

But he’ll be 45 when the USGA takes over the South Course, a punishing venue that has taken its toll on Woods even under the more benign conditions of the Farmers Insurance Open in recent years. The positive memories sprinkled along the Monterey Peninsula will do little to protect him next year from the tenacity of a Pebble Beach U.S. Open, where the sprayed shots and errant putts he authored this week would be punished with equal measure.

“I think they’re all hard. They’re not easy,” Woods said. “I mean, I’ve won a few of them over the course of my career, and they’re the hardest fields and hardest setups. So they’re meant to be testers.”

Woods’ rapport with Augusta National is the stuff that fills the pages of novels, and the demands of links golf at The Open play to the strengths of his creativity. A return to the Old Course, after all, is only three years away.

And with the PGA Championship typically held on tamer venues, where birdies aren’t viewed as an endangered species and rough is measured in inches rather than feet, his chances for a fourth title remain very much alive.

But when it comes to the U.S. Open, the tournament that hangs its hat on an ability to separate wheat from chaff with ruthless efficiency, his time with the trophy has passed.