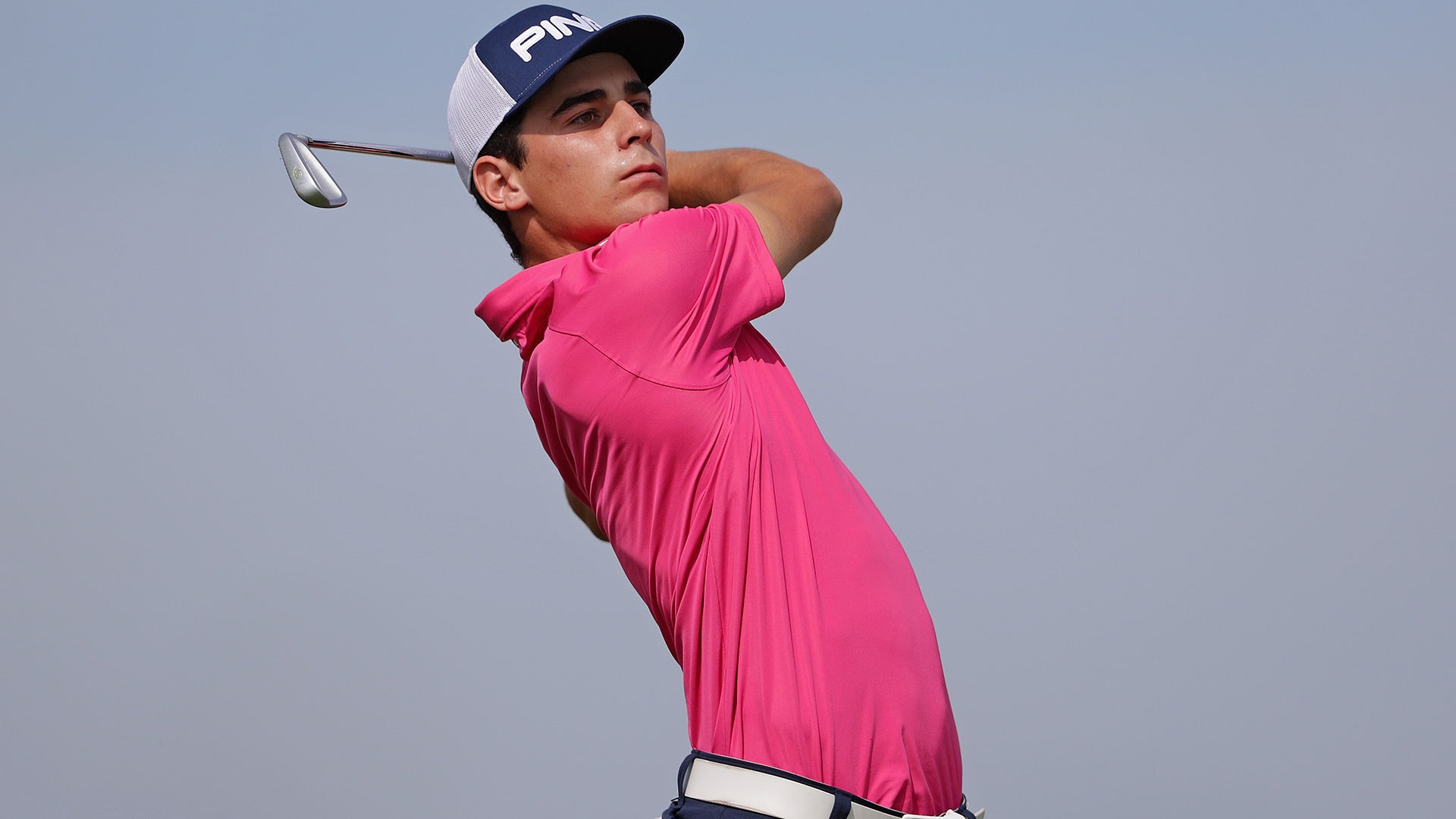 The 19-year-old has been the top-ranked amateur in the world for nearly a year, and he originally planned to turn pro earlier this spring. But Niemann won the Latin American Amateur Championship in January in his native Chile, which brought with it an invite to the Masters provided he remain an amateur.

Niemann missed the cut at Augusta National after rounds of 76-77, but he is no stranger to life on the PGA Tour. He also qualified for last year's U.S. Open and finished T-29 at The Greenbrier Classic, where he shot a final-round 64. Now, Niemann is ready to test his game on the pay-for-play scale.

"When I was an amateur I thought I was going to feel nervous because of being pro, but I think it's just the same," Niemann told reporters. "You just hit the ball and try to enjoy your round. I feel really good for this week and I think I'm prepared."

Niemann can accept up to seven sponsor exemptions this season, and he already has starts lined up at the Wells Fargo Championship, AT&T Byron Nelson and the Memorial Tournament in the coming weeks. As the 2017 recipient of the McCormack Medal that goes to the No. 1-ranked amateur, Niemann had exemptions into the U.S. Open and The Open which he forfeited in order to turn pro.

In advance of his pro debut, Niemann signed endorsement contracts with Ping for clubs and Adidas for footwear and apparel.

Niemann played nine holes Tuesday with Sergio Garcia at TPC San Antonio, and he shared that the former Masters champ has been somewhat of a role model as he looks to transition from the amateur to professional ranks.

"He's really nice with me. He always wants to play with me, and he's also good for me so I can learn a lot of what he's doing and how he is," Niemann said. "I mean, you're going to get nervous, but he just says that I've got to enjoy every moment."