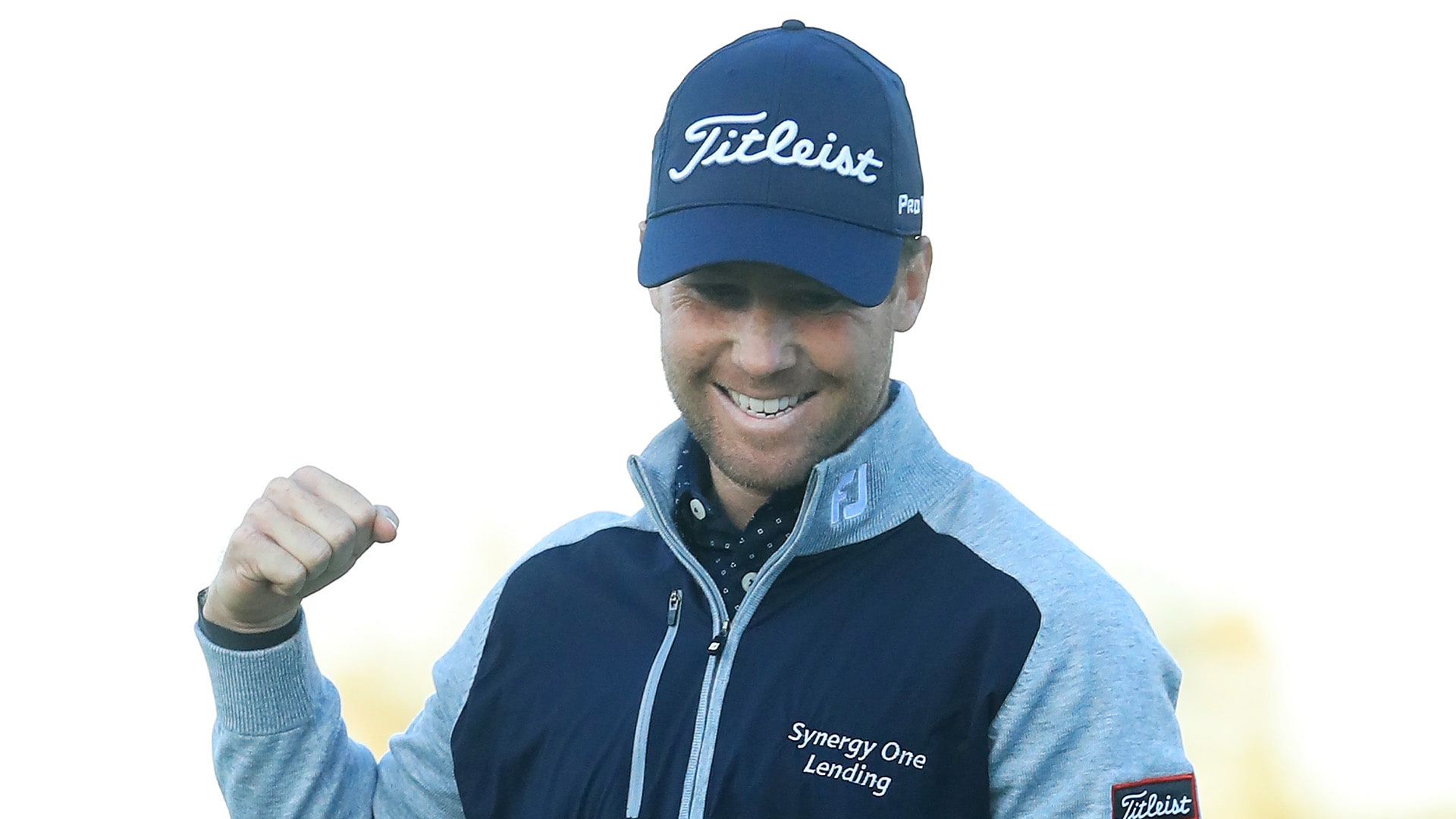 The final official event of the calendar year produced a surprise winner. Here's how things ended up at the RSM Classic, where Tyler Duncan rallied to win his first career PGA Tour event in overtime against a decorated veteran:

What it means: Simpson started the day in second place, and as the highest-ranked player in the field he seemed like the man to beat for much of the back nine. But Duncan closed with a flurry, including a 25-foot birdie putt on the 72nd hole, to force a playoff. After the two split pars on the first hole, Duncan buried a 15-footer for birdie to close things out. A 30-year-old who entered the week with only three career top-10 finishes, he's now exempt through 2022, will play in the first two majors of 2020 and earned the final spot into the Sentry Tournament of Champions. For Simpson, it's his fourth runner-up finish of the year, all since June, and his second playoff loss at Sea Island.

Round of the day: Duncan had to go back to the Korn Ferry Tour Finals this fall to retain his card, but he showed the nerve of a seasoned vet with a closing 65. Duncan's bogey on the opening hole proved to be his only one of the round, as he carded six birdies, including three over his final four holes, to force a playoff and then added one more to seal a breakthrough win.

Best of the rest: Cameron Tringale made a big move by matching Duncan's round of 5-under 65. Tringale started the day 12 shots off the lead but moved all the way into a tie for 20th thanks to a six-birdie effort that nearly matched the opening-round 64 he shot on the adjacent Plantation Course.

Biggest disappointment: The wind finally came out of the sails for Brendon Todd. Entering the day with a two-shot lead and in search of his third straight victory, Todd hit one of his worst shots of the week on No. 5 en route to a watery double bogey and struggled around the greens for much of the afternoon. He didn't make a single birdie until No. 15, at which point his hopes for victory were all but extinguished. He ended up alone in fourth after a 2-over 72, 10 shots higher than his third-round total.

Shot of the day: Patton Kizzire made an ace on No. 6 en route to a closing 75, but the biggest shot was the final one of the tournament. With Simpson facing a 6-footer for par, Duncan left no doubt with his birdie effort after grazing the lip with his chance to win on the first extra hole.

Quote of the day: "Just so happy to be here playing. To come out here and win, it's just unbelievable." - Duncan