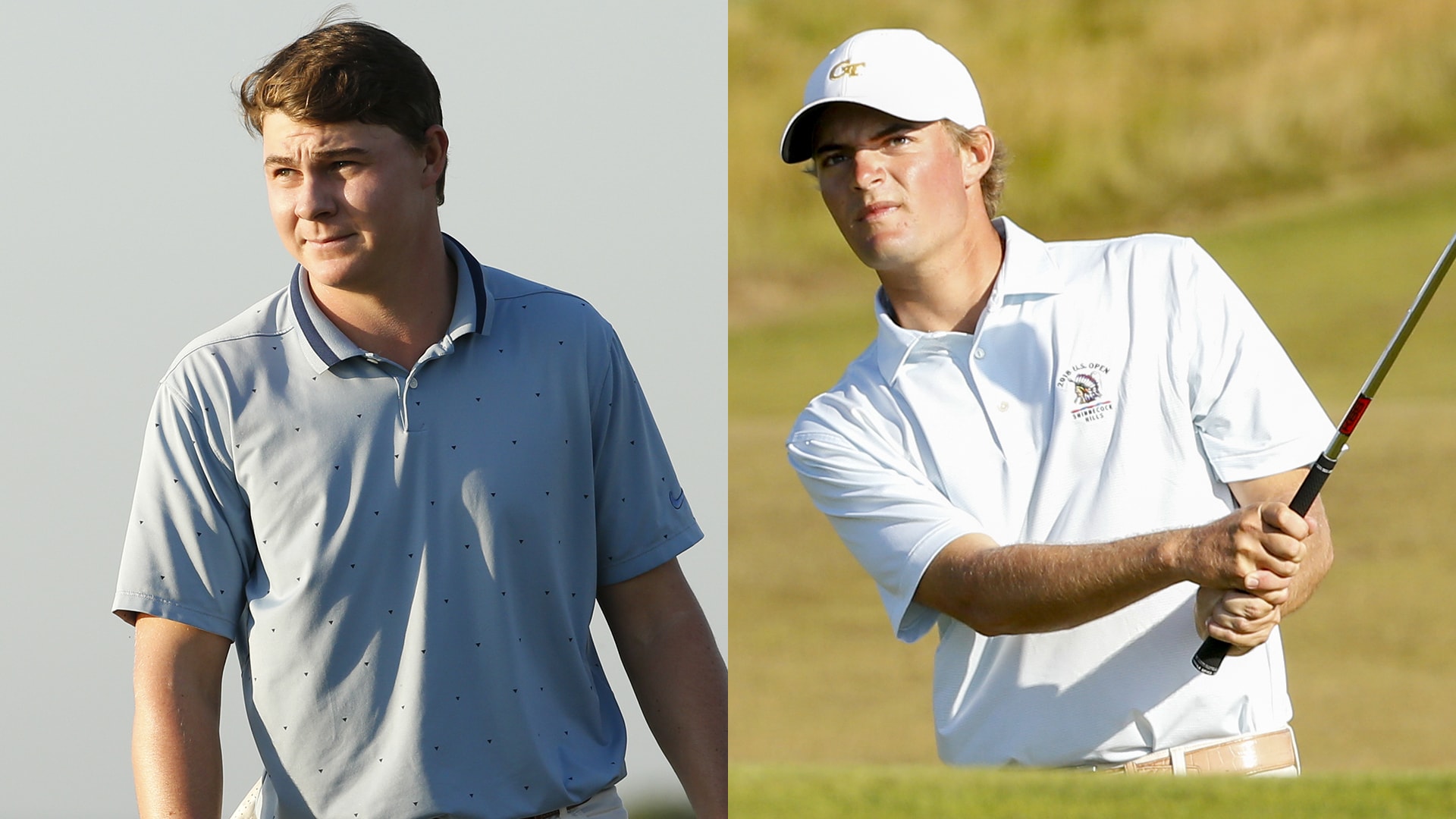 BANDON, Ore. – As soon as he could walk, Ollie Osborne had a golf club in his hand and skis on his feet.

In those early years, when his father, Steve, would take his older brother by three years, Stephen, to the Osborne’s home course, Montreux Golf and Country Club, the PGA Tour's former stop near Reno, young Ollie would race to grab his clubs and beat them to the door. Of course, when he wasn’t hitting balls, he was racing down mountains in the Sierra Nevada.

Now, the 20-year-old Osborne is almost to the finish line at the 120th U.S. Amateur.

The SMU junior, with dad on the bag, knocked off Charlotte’s Matthew Sharpstene, 4 and 2, to advance to Sunday’s 36-hole final at Bandon Dunes opposite Georgia Tech’s Tyler Strafaci, a 1-up winner over Oklahoma State’s Aman Gupta and the product of a decorated golf family.

It’s a championship matchup that’s quite the juxtaposition.

“The Strafacis, they’ve got all the history,” said Steve Osborne, who won a few junior events and played high school baseball. “We don’t have that.”

If Osborne picked up a club, Strafaci was born with one in hand. His father, Frank Jr., was an accomplished amateur player and competed in three U.S. Amateurs, making match play once. That was 13 fewer than Strafaci’s grandfather, Frank Sr., who played in 16, reaching the quarterfinals in 1947 and ’49, and then giving Arnold Palmer his best shot in the first round in 1954 before falling to the eventual champion on the final hole at Country Club of Detroit.

“That's all I was thinking about during the round today,” Strafaci said. "I've just wanted it so bad, for so long, and I've been talking to my dad [about it] ever since I started golf. [Last night], I was like, ‘[Saturday] will be very nerve-wracking.’”

A pre-match text exchange with reigning U.S. Amateur champion and Strafaci’s former college teammate, Andy Ogletree, helped quell those nerves. “You just have to understand,” Ogletree typed, “the other guy is as nervous, if not more nervous, than you are.”

For the first 12 holes, Ogletree’s words proved prophetic, as Strafaci built a 4-up lead on Gupta, who got into the field two Fridays ago as an alternate. But eventually Strafaci’s uneasiness with his speed on the greens wore him down, and Gupta won three straight holes to erase the deficit entering the par-5 finishing hole.

“It took everything I had to just snap out of it and flip my mindset,” Strafaci said. “I was going south, quick.”

Even after Gupta drove it into the right fairway bunker, hit the lip with his next two shots and eventually conceded the hole and the match, Strafaci struggled to regain his composure. His shocking win over Segundo Oliva Pinto two days earlier was a tough way to finish. But this, Strafaci maintained, was worse. “I got lucky, he said, heading straight to the practice green.

“He’s got a hard edge to him, and you need that in his game,” Frank Jr. said. “But the things that help him be good at what he does are the things that torture him sometimes. He’s learning how to not beat himself up if he’s not perfect. … He’s strong enough and resilient enough that he’ll get through this.”

Thinking about the rolling hills of Augusta National should help.

The hills Osborne grew up on were much bigger – and covered with snow. He learned to ski on Mount Rose in Lake Tahoe but eventually outgrew it and moved to nearby Squaw Valley, where he honed his talents. He did it all – slalom, giant slalom, Super-G, downhill – and was good enough to warrant consideration for the development team at Far West Ski, skiing’s equivalent to the AJGA.

While the trophies were bigger in skiing (and he got a lot more medals), Osborne quit Bishop Manogue Catholic’s ski team as a sophomore to focus solely on golf.

“You don’t hear a lot of kids coming out of Reno to play golf,” Osborne said.

Playing for a Havemeyer Trophy? That’s almost unheard of, yet Osborne finds himself on the cusp of becoming the fifth SMU player to win the U.S. Amateur, following Hank Kuehne (1998), Colt Knost (2007), Kelly Kraft (2011) and Bryson DeChambeau (2015).

He’d be the first Ollie. 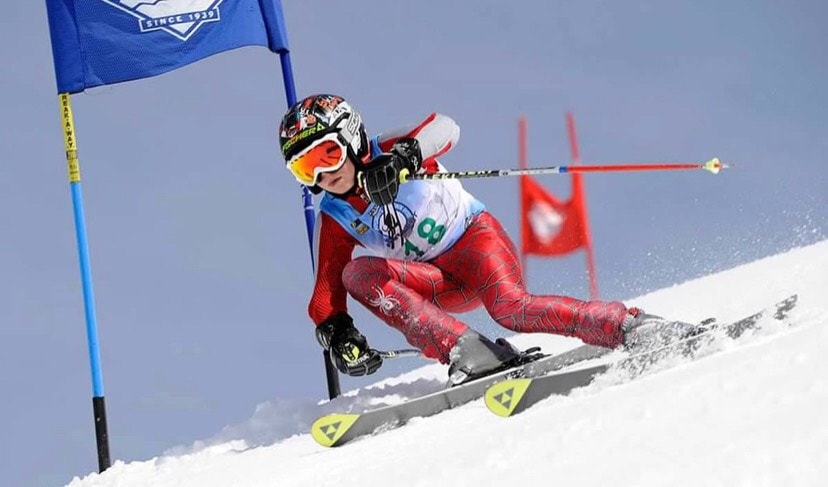 Osborne, born Charles Alfred, was 3 years old when he decided his given name sounded too old. His parents gave him another family name, Allston, but his brother struggled to say it. One day, the mispronunciation sounded like, “Ollie,” and so the nickname stuck.

It’s that kind of randomness that makes Osborne unique. When he made it through two qualifiers to earn a spot in last summer’s Barracuda Championship, his teammates didn’t even know he signed up. He frequents SMU’s on-campus cafeteria, Arnold Dining Commons, so much that one of the employees, Alberto, knows Osborne’s order: three eggs, ham and bacon. He works out religiously, and last season would knock loudly on the door of teammate Ben Wong, who lived a floor below him in the same dorm, just to wake Wong up before their 5 a.m. workouts. “He'd bang on the door, and then he’d leave,” Wong said.

This week at Bandon, Osborne forgot to pack enough clothes: “Socks and underwear are checks. Might have to whip out an old shirt and some old pants. I think we’re doing okay, I just might not smell that good tomorrow.” (His dad interjected, saying he'd need to buy something from the pro shop.)

“He embraces the personality that he has, being a little bit goofy and sometimes doing things different,” Wong added. “But he’s one of the hardest workers I’ve ever been around, and if you watch him swing, it looks effortless. It’s Cameron Champ-esque. He just picks the club up, swings right through it and the ball goes a million miles.”

Sharpstene, still riding high after Wednesday’s upset of Vanderbilt superstar John Augenstein, got a front-row seat to “The Ollie Show” on Saturday. And after seven holes, he held a 1-up advantage, even after calling a penalty on himself after his ball moved mid-swing in the middle of the fifth fairway. Eventually, though, Sharpstene’s momentum faded. He four-putted for bogey at the par-5 ninth, then three-putted the par-4 11th to fall 2 down. When Osborne, who birdied Nos. 13 and 14 to go 3 up, hit his tee ball into the gorse and had to take an unplayable at the par-3 15th, Sharpstene only managed to halve the hole with double bogey. A hole later, at the picturesque par-4 16th, he fanned his tee shot right and down the cliff before thinning his third shot over the green.

“Stuff happens,” Sharpstene said. “I'm just going to keep going. I still feel like I've got that chip on my shoulder.”

As for Osborne, he knows he’s not the likeliest of finalists. He is ranked No. 460 in the World Amateur Golf Ranking, 404 spots behind Strafaci, who is already firmly on the Walker Cup radar after summer victories at the North and South Amateur (his grandfather won that twice) and Palmetto Amateur. Osborne does, however, hold the advantage in college wins: 2 to 1.

“I've always considered myself like a good player,” Osborne said. “I know my ranking doesn't show it, but it's just a number at the end of the day. I know the game I have and know what I can do, so I try to just do me and kind of let everybody else think what they think.”

After opening the week in 77, Osborne ordered a brownie sundae as comfort. The next day he shot 64 at Bandon Trails to make match play. He’s kept the same desert routine every night, while back in Dallas his teammates have joined him.

With five match victories now under his belt, Osborne may have to loosen it up a notch before Sunday’s final. But that wasn’t going to stop him from continuing the tradition Saturday night. 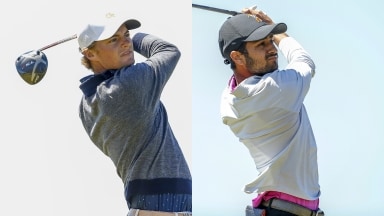