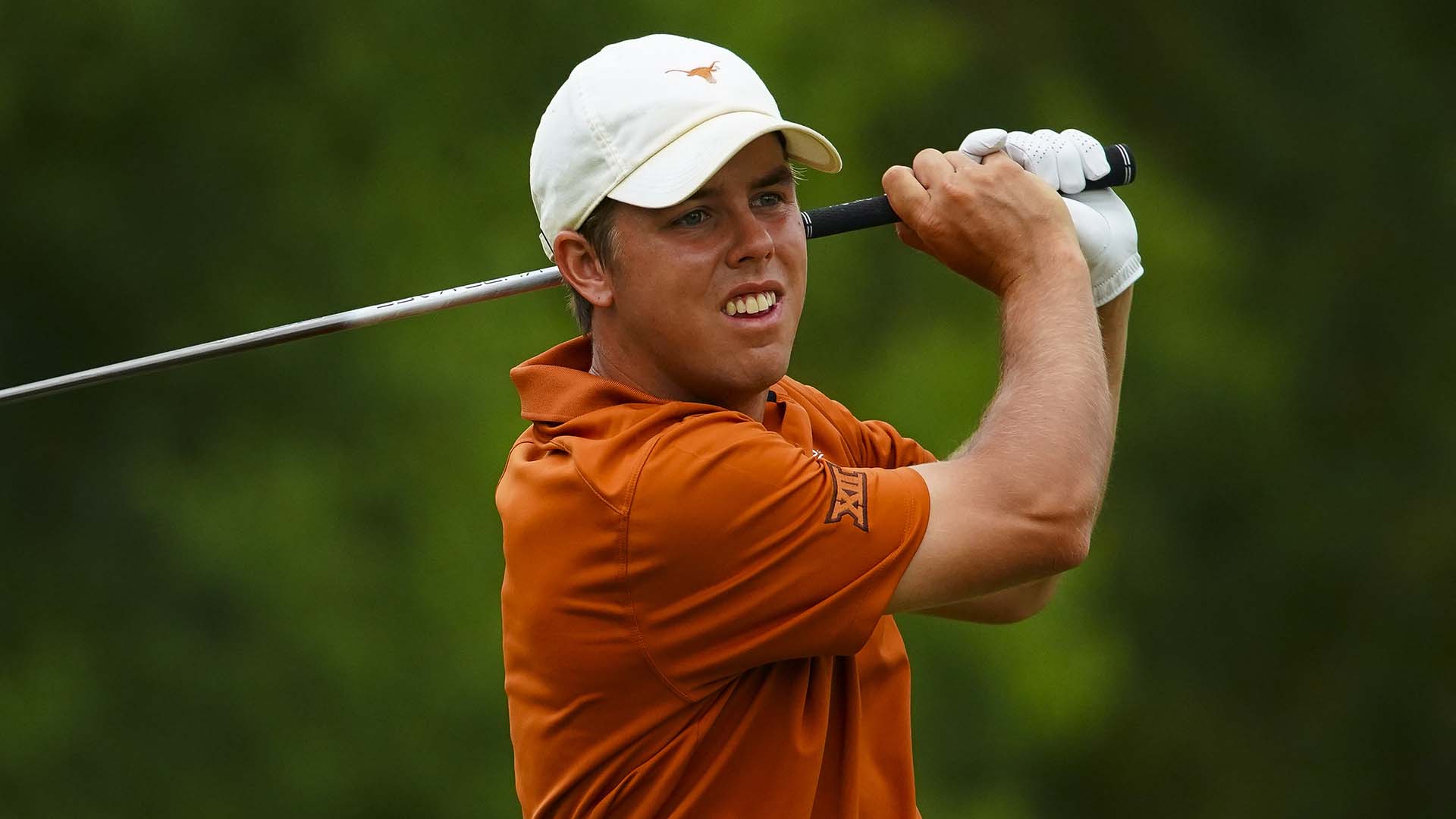 The U.S. Amateur has a distinct look this year, as COVID-19 forced the cancellation of qualifying and the field was reduced to an all-exempt group of 264 players.

However, it's a loaded group that have converged on the Oregon coast.

As the players prepare to face Bandon Dunes and stroke play co-host Bandon Trails beginning Monday, here’s a look at the favorites, the sleepers and some players who are great stories entering the week:

The Vanderbilt senior hasn’t been at the top of his game for much of the year, but as we saw last summer, he can turn it on in an instant. Big-time players show up in big-time events, right? His runner-up showing at Pinehurst earned him a spot on the Walker Cup team, and he went on two win both of his singles matches at Royal Liverpool, a performance that proved he can play the ground game. Plus, once Augenstein gets into match play, watch out: He’s 19-6-1 in singles matches dating to Spring 2017.

Coody’s biggest obstacle this week won’t be his competitors or the course but rather his legs. He played 138 holes before capturing the Western Amateur on Aug. 1. Luckily, Coody has had plenty of time to rest. His game is certainly in great shape. The University of Texas junior possesses great power and is accustomed to playing difficult golf courses in the fan (he’s a member at Maridoe). He advanced to last year’s Round of 16 at Pinehurst (along with his twin, Parker). Coody’s dad, Kyle, will again caddie this week at Bandon.

Before narrowly missing match play at the Western Amateur, the Oklahoma senior had finished third and fourth at the Southern and Sunnehanna amateurs, respectively. He’s also coming off being a first-team All-American. He’s one of those players who welcomes the wind, and his ability around the greens is matched by very few. You’re going to see some ridiculously creative, spinny pitches this week at Bandon.

The Oklahoma State senior has a solid USGA pedigree, having played a U.S. Open and medaling at the U.S. Junior in 2017 before falling to future teammate Matt Wolff in the quarters. He’s another Oklahoma boy who knows how to flight it, and his coach Alan Bratton said he’s hitting it the best he ever has right now.

It’s been two years now since Hammer’s sizzling summer where he won the Western before co-medaling and reaching the semifinals of the U.S. Amateur at Pebble. It wasn’t a great sophomore campaign for the Texas star, who finished No. 101 in Golfstat. However, the talent is there, and Hammer has been quietly solid this summer, not finishing worse than T-21 in any of his three amateur starts. He’s got a great draw for stroke play – he’ll get Bandon Trails early on what will be a windier Monday – and we all know he comes alive in match play. With an emphasis on wind play and ability around these large, undulating Bandon greens, Hammer is as well-equipped as anyone.

The Georgia senior is a grinder and performs well on the biggest stages. He won the Jones Cup, a tough course generally played in even tougher conditions. He medaled at the Western last year before making the quarterfinals for the second straight year. He also advanced to the Round of 16 at the North and South this summer, so he’s on top of his game. Oh, and did we mention he’s the highest-ranked player in the field at No. 4 in the WAGR? 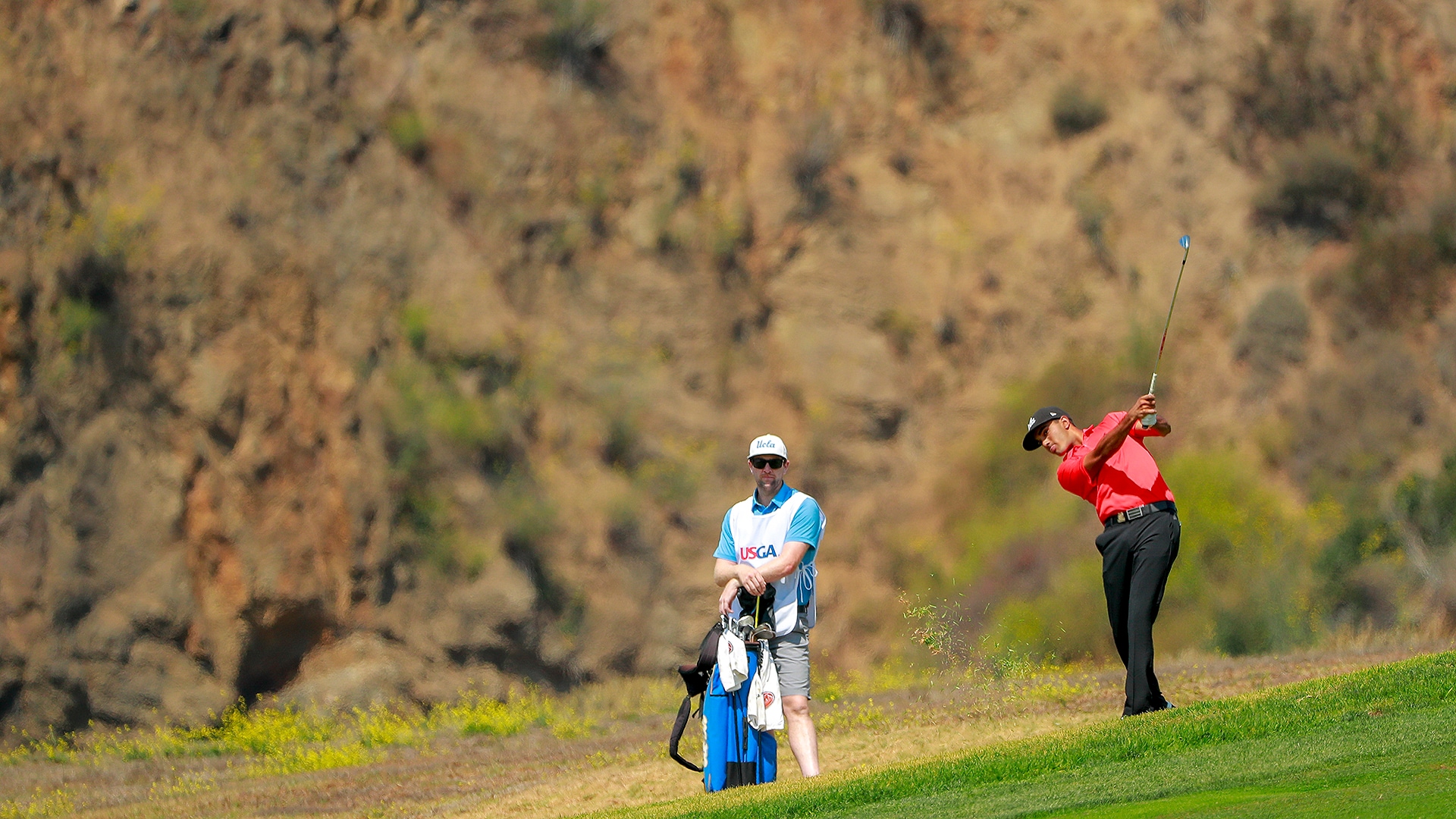 Speaking of the Bandon Dunes Championship, here’s the guy who won it. The UCLA senior also has experience in this championship, as he finished runner-up to Viktor Hovland down the West Coast at Pebble Beach in 2018.

A few of his peers have already raved about the Oklahoma State junior this week. He’s fresh off a runner-up finish at the Western Amateur, so fatigue could be a factor later in the week should he advance. With the way he’s hitting it right now, a deep match-play run almost seems inevitable.

This may be his first U.S. Amateur, but the incoming Florida freshman already plays like a seasoned college player. He never seems to have a bad week and is usually always in the mix for a top-20. He made match play at the Western Amateur and reached the semifinals of last summer’s U.S. Junior while also making match play at the British Amateur.

Many may not recognize his game, but the mid-major marvel from Illinois State can play with the best of them. He proved it last season when he earned All-American honors and then proved it again this summer, losing in a playoff at the Southern and making the Round of 16 at the North and South. He could sneak up on some guys in match play should he get there.

The 18-year-old Arizona State commit and reigning U.S. Junior champ has long been considered one of the top players in the Class of 2021, having two Utah State Ams to his name already. However, he achieved an even bigger feat this summer by winning one of the top amateur events, the Sunnehanna. He’s got some great mentorship in father/coach/caddie Boyd Summerhays and PGA Tour player Tony Finau. One player in the field has already called Summerhays the best junior golfer he’s ever seen. When you see Summerhays play, it’s easy to see why.

Why not pick a “local” guy? The Oregon State senior, making the three-hour drive down the Oregon coast this week, tied for third at Bandon Dunes last season in the Beavers’ final tournament before the shutdown. That finish followed his T-6 showing the year before at Bandon. He had two wins and three more top-3s last season. 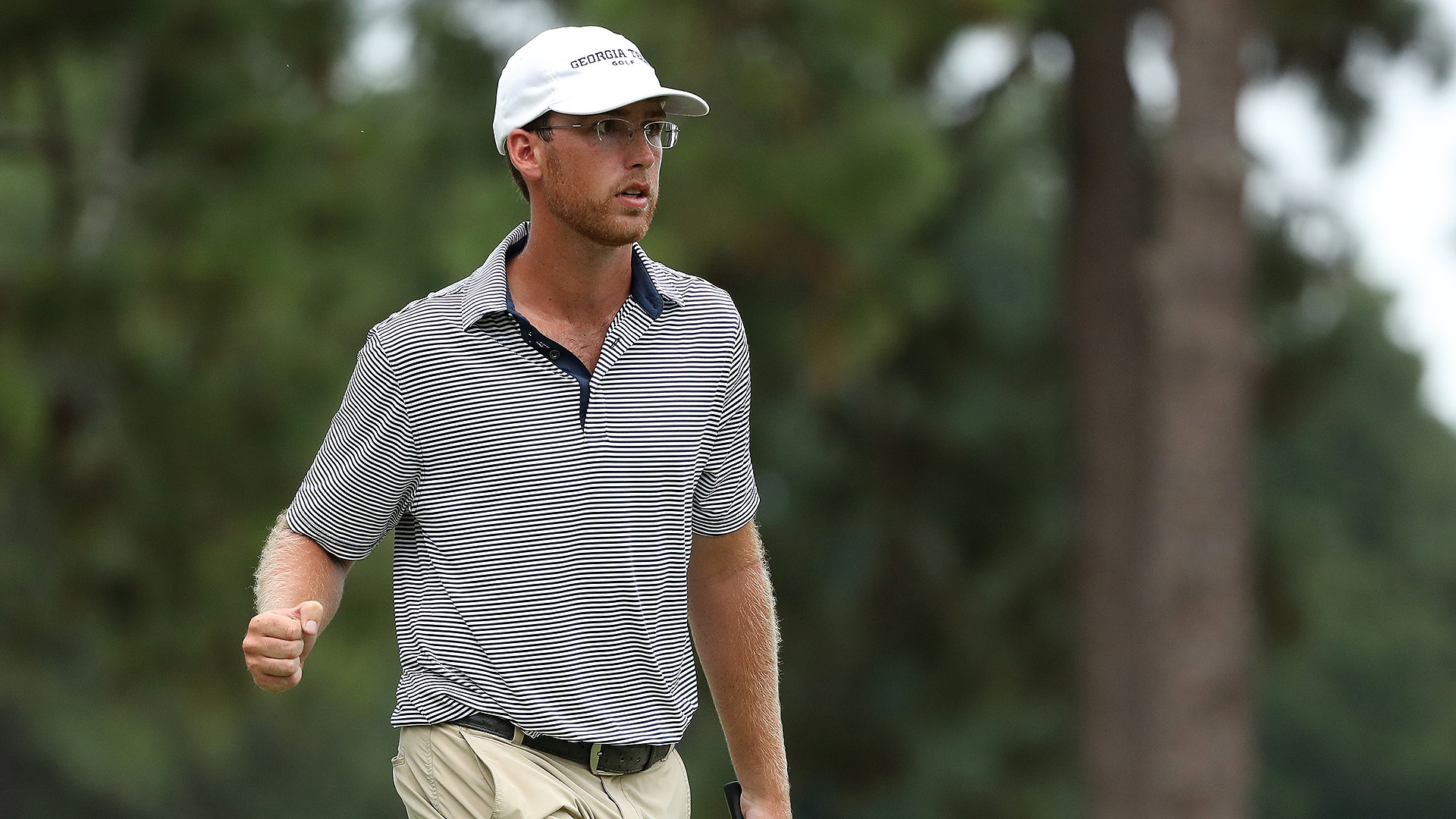 At 63 years old, he’s the second oldest player in the field behind Dave Ryan, 66. That’s especially notable this year considering the risks of playing in the middle of a pandemic. While golf is one of the safest sports right now with its natural social-distancing characteristics, you can expect Hanzel, a retired pulmonologist who is the only player to make match play at the U.S. Amateur, U.S. Mid-Am and U.S. senior in the same year (2012), to be extra careful this week; he is a Type 1 diabetic and plays with an insulin pump.

Remember this guy? In 2009, he lost to eventual U.S. Junior champ Jordan Spieth in the quarterfinals before going on to play at Duke. He turned pro but got his amateur status back 15 months ago. He earned a spot in this year’s championship, his first U.S. Am in seven years, by way of making the quarters at last year’s Mid-Am.

The pandemic extended Ogeltree’s amateur career, so while he won’t return for an extra year at Georgia Tech, he will get a chance to defend his U.S. Amateur title. These days, that’s a rarity. The last player to defend in this championship was 2014 winner Gunn Yang in 2015. The last player to win back-to-back titles? That Tiger Woods fellow, who won three straight (1994-96).

As you can see, there are many top internationals not playing this week. Many of them couldn't get to Bandon because of travel restrictions. For much of the summer, Scott, a senior at Texas Tech, thought he would be among them. However, restrictions eased just in time for him to get out of Nairn, Scotland, using his student visa. He hasn't played a competitive event since March, but he should like the windy, linksy conditions. He was a standout at last fall's Walker Cup before winning the Carmel Cup at Pebble last fall. He also advanced to the quarters of the British Am last summer.

The coach can play. He may even be the best playing coach in college golf. The 30-year-old head coach at Hanover College (D-III) and former Louisville assistant is playing in his third U.S. Amateur. He made match play in each of his previous two starts, too (2014 and ’17).

A new wrinkle this year is that several more U.S. Open invites are on the line than just the usual two given to the winner and runner-up. The top seven players in the WAGR as of Aug. 19 (who are not already exempt) will received spots in this fall’s U.S. Open at Winged Foot. These are the players already in: Andy Ogletree, John Augenstein, Cole Hammer, Preston Summerhays, Lukas Michel, James Sugrue. These are the players currently in that top-seven position: Takumi Kanaya (1), Ricky Castillo (2), Kevin Yu (3), Davis Thompson (4), Eduard Rousaud (5), Sandy Scott (6), Pierceson Coody (7). Only Thompson, Scott and Coody are in the field this week. John Pak (8), Stewart Hagestad (15) and William Mouw (17) are the only other top-20 players teeing it up this week at Bandon.