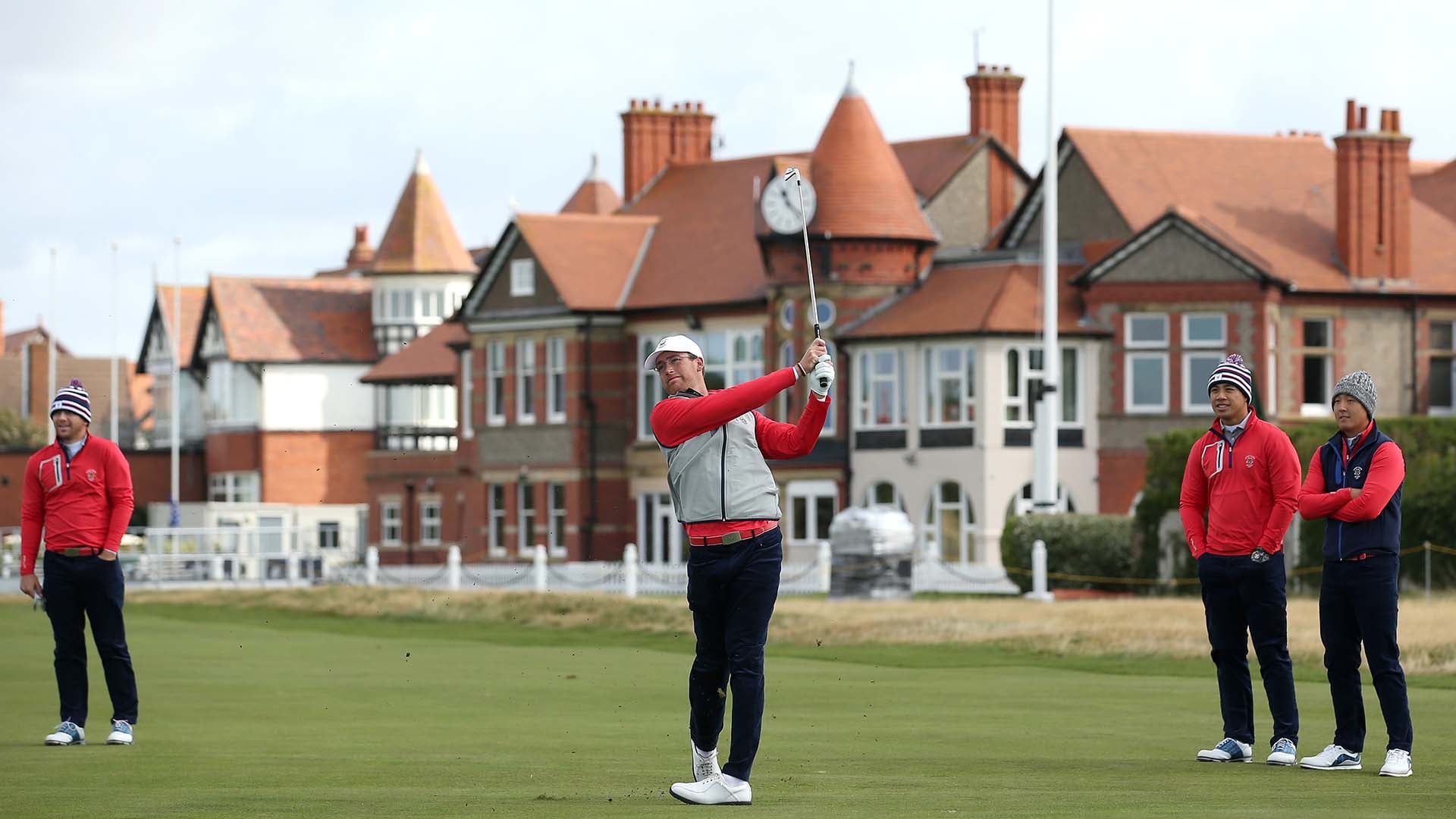 Andy Ogletree had never experienced wind like the 40 mph gusts that swept across Royal Liverpool during Wednesday’s practice for the 47th Walker Cup.

“Crazy,” said the U.S. Amateur champion, who had only just acquired his passport before heading across the pond for the first time last Friday.

Even crazier was the 320-yard 4-iron hit by Ogletree’s teammate John Augenstein.

“That's about a 100-yard wind,” Ogletree said. “Stuff like that, I mean, there's no way to practice that. You just kind of have to go out and feel it.”

Ogletree, one of a handful of U.S. players who have no experience playing golf in the U.K., said getting used to a tree-less layout and starting his ball more off line in crosswinds have been the biggest adjustments. After a few days of playing in the wind, he’s learned to “just get the ball on the ground as soon as possible.” 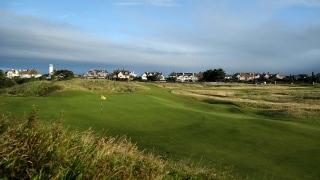 The 47th Walker Cup is set for Saturday and Sunday at Royal Liverpool in Hoylake, England. Here are five things you need to know.

That greenness certainly plays into the hands of a Great Britain and Ireland team that is accustomed to it all over here.

“Certainly a wee bit of wind would be to our advantage,” said GB&I captain Craig Watson.

“It was almost like an overtraining-type thing where if you go and you play where it's blowing 30 or 35, then when it's blowing 10, 15, 20, whatever it may be, it doesn't seem quite as bad,” said Stewart Hagestad. “But yeah, on a day like [Wednesday], if it does happen to blow … it's more about survival and kind of, as I said, a mindset more than anything else. On a day like that, if you make birdie, it's almost certainly going to win the hole, and par is going to win a lot more times than maybe you give it credit.

“If I'm not mistaken, I think the forecast for this weekend is supposed to be a little bit better, but hopefully after a day like [Wednesday] it won't seem quite as daunting.”

Added U.S. captain Nathaniel Crosby: “The only advice that I could give them is expect the worst conditions. It could be drizzling rain and blowing 40 miles an hour and our opponents are not going to try any less hard if that's the case. They might enjoy it more as a matter of fact.”