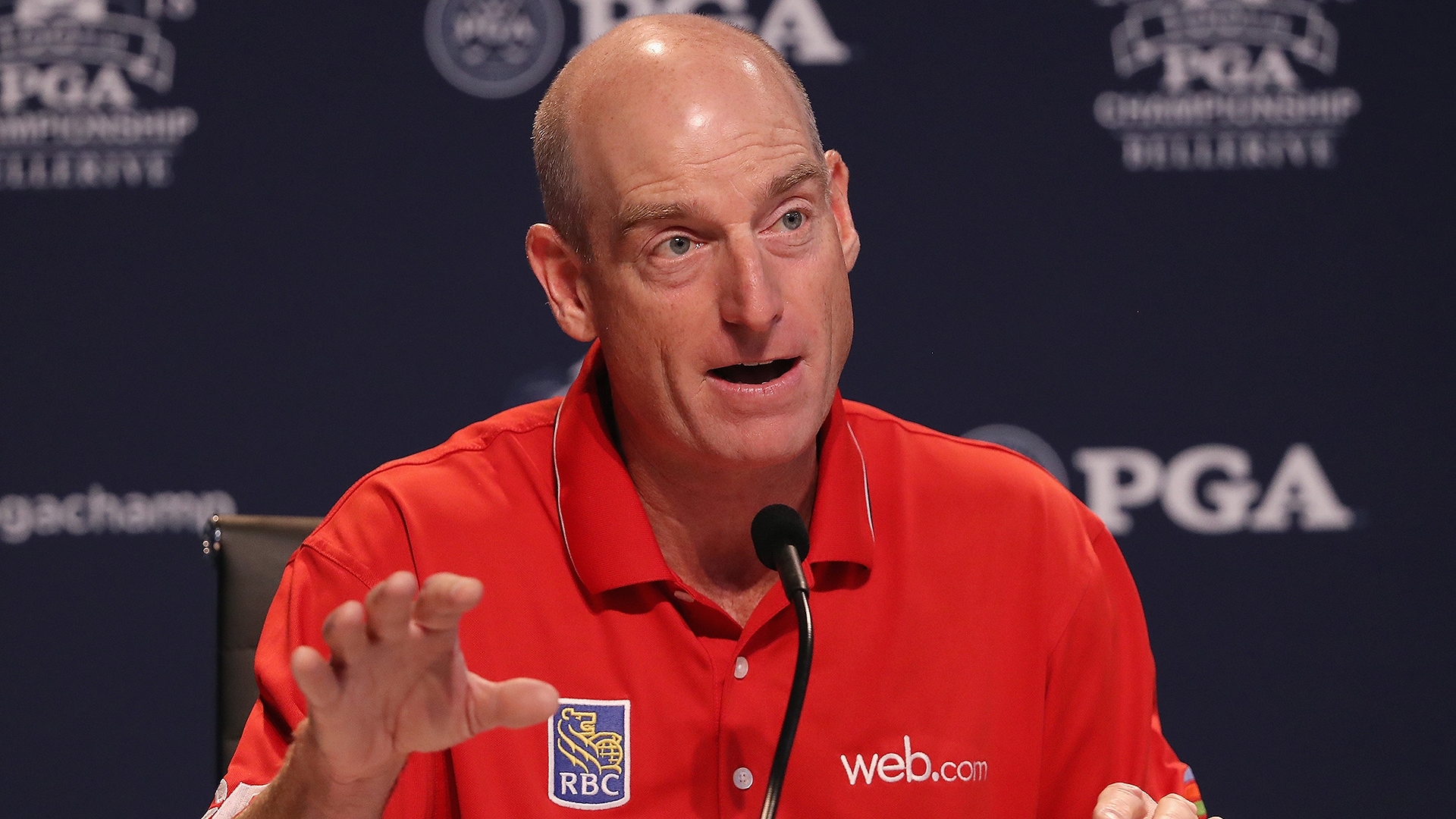 ST. LOUIS – By the time Brooks Koepka teed off for the final round of the PGA Championship, Jim Furyk was already back at his rental house and settled in to watch what would be an eventful final round.

Furyk's day was just getting started.

Although he’d been up since dawn and had already put in a full day at Bellerive with a 7:56 a.m. tee time, Sunday began a process the U.S. Ryder Cup captain has prepared for and anticipated for two years.

“I didn’t get a lot of sleep this week,” Furyk conceded on Sunday following a closing 71 at Bellerive. “At times I found myself with my mind wandering. The afternoon tee times I’m sitting around in the morning and my mind starts wandering and I start looking at stats and start thinking about the Ryder Cup. There’s a million things going on.”

The American captain is officially on the clock. The final round of the year’s final major was the deadline to qualify for this year’s Ryder Cup team, and Furyk now begins the process of narrowing the list of potential captain’s picks.

Davis Love III, who took two turns in the captain’s chair, will tell you this is the toughest part of the gig. Forget about pairings and course setup and vice captains - getting the picks right is what separates a good captain from a great one.

“I saw him around this week kind of frazzled like I was; they are pulling him everywhere,” Love said. “Now it’s a tough couple of weeks. At dinner the other night we were talking about what we were going to do [regarding picks] and I was like, ‘Well, you have to wait for [Sunday] and you’ll get a better idea.”

On that front, the wait is over. The top eight players on the U.S. point list are now locked in and Furyk and his vice captains – Love, Steve Stricker and Tiger Woods – can begin the artful process of creating a list of possible picks based on a wide variety of criteria.

The automatic qualifiers are Koepka, Dustin Johnson, Justin Thomas, Patrick Reed, Bubba Watson, Jordan Spieth, Rickie Fowler and Webb Simpson, who held on to the final spot thanks to his tie for 19th at the PGA.

Furyk will make three of his captain’s picks on Sept. 3 following the Dell Technologies Championship and his final selection a week later after the BMW Championship.

Schauffele and Finau had something of a playing interview at Bellerive when they were paired with Furyk for Rounds 1 and 2.

“Tony made a pile of birdies, he’s explosive as far as firepower and how far he hits it but I was impressed with his putting, to be honest with you. I knew he could hit it far and kind of knew how he played, but he really played well,” said Furyk, who also played with Finau on Saturday at the PGA.

Mickelson will be a particularly interesting option for Furyk. For the first time in his Ryder Cup career, which began in 1995, Lefty failed to qualify for the U.S. side and the de facto team room front man would be tough to pass over.

“His game has been in a good position all year, he’s putted great, I think Jason Day is the only player with better putting stats this year,” said Furyk, who met with Mickelson after he missed the cut in St. Louis. “He’s working on a couple of things in his game right now that we talked about.”

Woods also creates some interesting scenarios. His runner-up finish at the PGA vaulted him from 20th to 11th on the final point list and essentially assured what many believed to be a foregone conclusion. Woods will be among Furyk’s captain’s picks, the only real question when it comes to the 14-time major champion is whether he can play and drive a vice captain’s cart.

“He’s on that list we’ve talked about and I think we still need to hash that out,” Furyk said. “Is it possible [to do both jobs]? Sure, we just need to decide if that’s best for the team.”

If Woods and Mickelson have already been penciled in as picks, which many believe they have, that essentially leaves a half dozen players vying for the final two spots.

An 11th-hour charge over the next three weeks could certainly sway Furyk, and he’s made it clear that Le Golf National, site of this year’s matches outside of Paris, favors a certain type of game, think a fairways-and-greens type like Kisner or even Brian Harman, who finished 17th on the point list.

“I’ve taken a look at the golf course and what I think will really work,” Furyk said.

There’s also an undercurrent of interest in Furyk going young with his picks to give a player like DeChambeau or Schauffele a chance to experience the unique pressures of a Ryder Cup “road game,” but Furyk didn’t seem as interested in developing future talent as he is in winning.

“Our goals for long term are important and young blood is a good thing, but I would never sacrifice this team or 2018 for 2022,” he said. “The goal is still to go to Europe and try to retain the cup. That said, having a mix of veteran and young players is a good thing.”

If Furyk sounds a little vague when it comes to his potential picks it should be no real surprise. Getting the picks right is the most demanding part of any captain’s job and he’s just getting started.