Watch: Tiger makes another eagle in Round 3 of Genesis Open 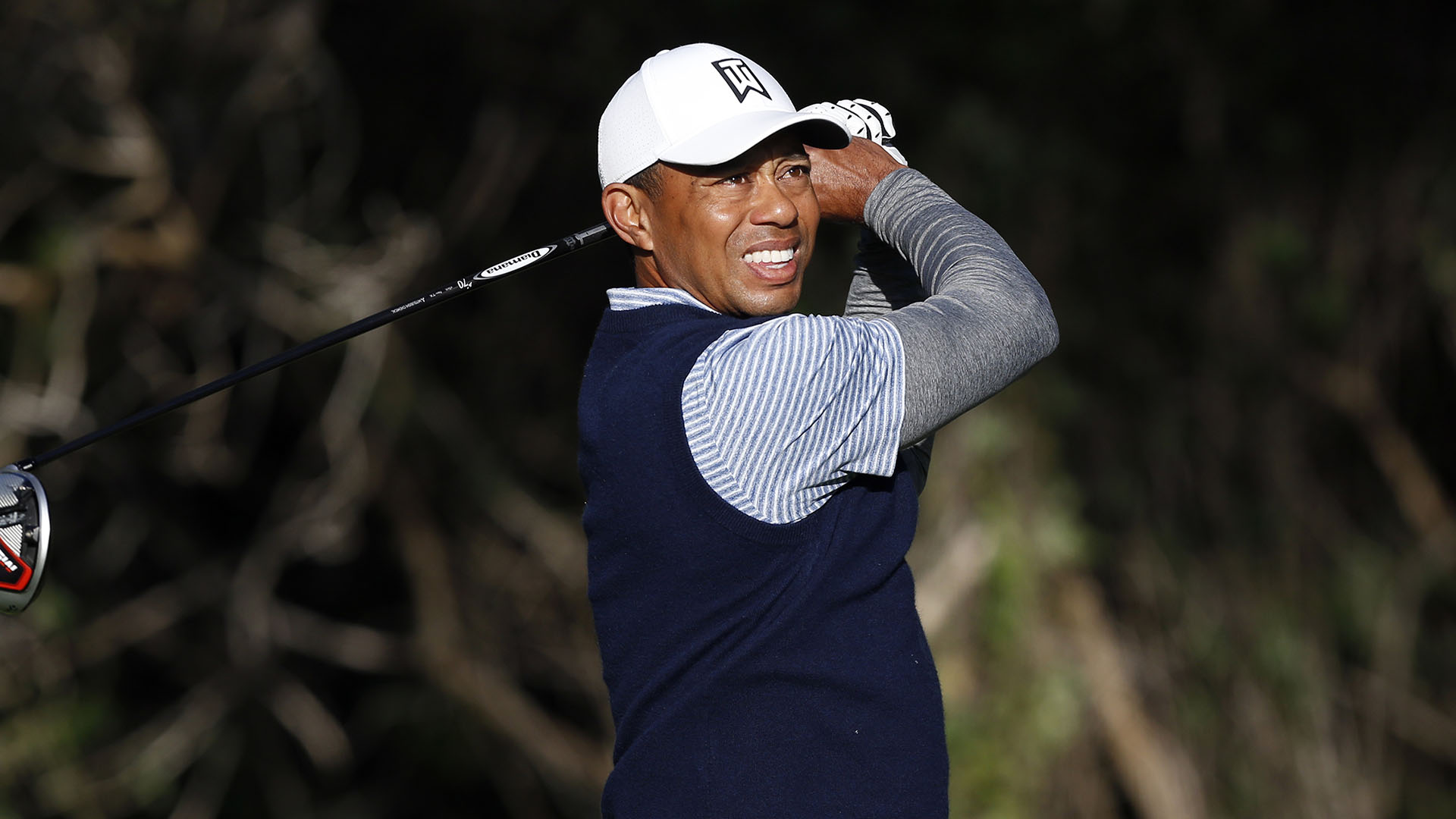 Tiger Woods got his third round off to a hot start Saturday afternoon at the Genesis Open. But after Woods had played his first seven holes in 5 under, darkness suspended play at Riviera Country Club, meaning Woods and the rest of the field would have to return early Sunday morning to resume their rounds.

Woods picked up right where he left off.

After back-to-back pars, at Nos. 17 and 18, Woods pounded a drive at the par-5 first and then stuck his second shot to 6 feet. He poured in the putt for his second eagle of the round. It was the 19th multi-eagle round of Woods' career and his first since the 2012 Honda Classic.

The eagle moved Woods to 7 under on his round and 8 under for the tournament, which at the time had him five shots back of leader Justin Thomas.