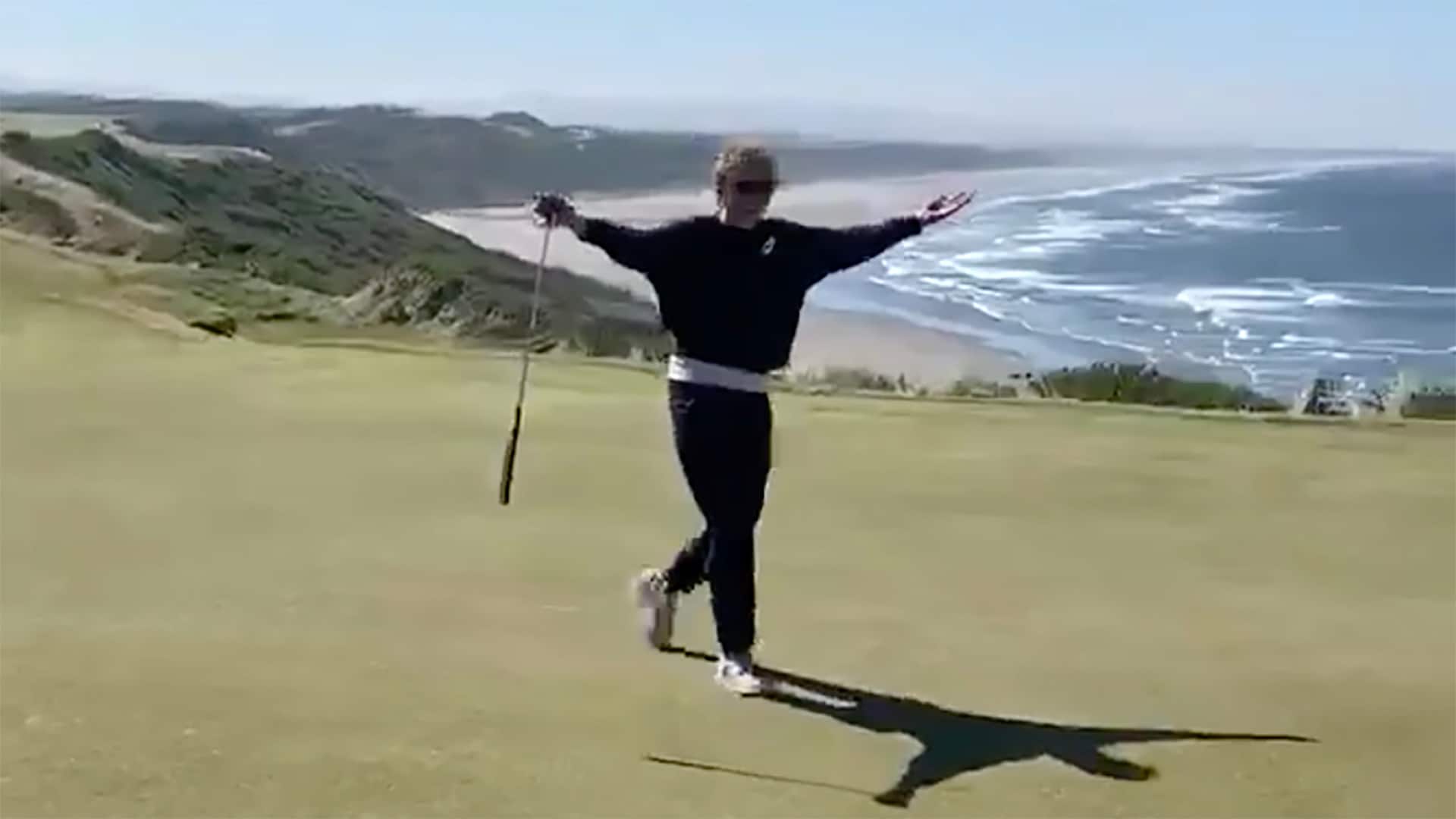 There are few cooler places to make your first hole-in-one.

There are even fewer instances when that ace comes with a putter.

Allison Koehnke, a 36-year-old mother of two from Salem, Ore., doesn’t play much golf. She told Golf Digest she gets in about six holes a week with her girlfriends. Her round Friday at Bandon Dunes’ newest course, the stunning Sheep Ranch, was her first 18-hole round of the year and among 72 holes she played with her husband, Drew, in two days at Bandon Dunes Resort.

According to Golf Digest's Tod Leonard, Koehnke had been putting from 100 yards and in throughout the day in windy conditions, so when she arrived at the par-3 16th hole, her caddie, Graham Banks, grabbed the flatstick on the tee box, just over 100 yards away from the hole. With Banks lining her up and showing her the line, Koehnke delivered a big whack.

The ball trundled down the fescue-grass fairway, rolled onto the green, ricocheted off her husband’s ball and found the hole.

Even better: Her husband got the shot – and the celebration – on video, which was first shared on social media by No Laying Up. Koehnke dropped to her knees and raised both hands in the air while the rest of the group jumped up and down.

“It was a team effort," Koehnke added.

Sheep Ranch assistant pro Eric Urbina told Digest that the ace was one of six that have been made since the course’s June 1 opening.

Koehnke, who also received a plaque, was the only one to do so with a putter.

Xander, other Tour pros weigh in on new program