Why the Masters could have its largest field since 1966 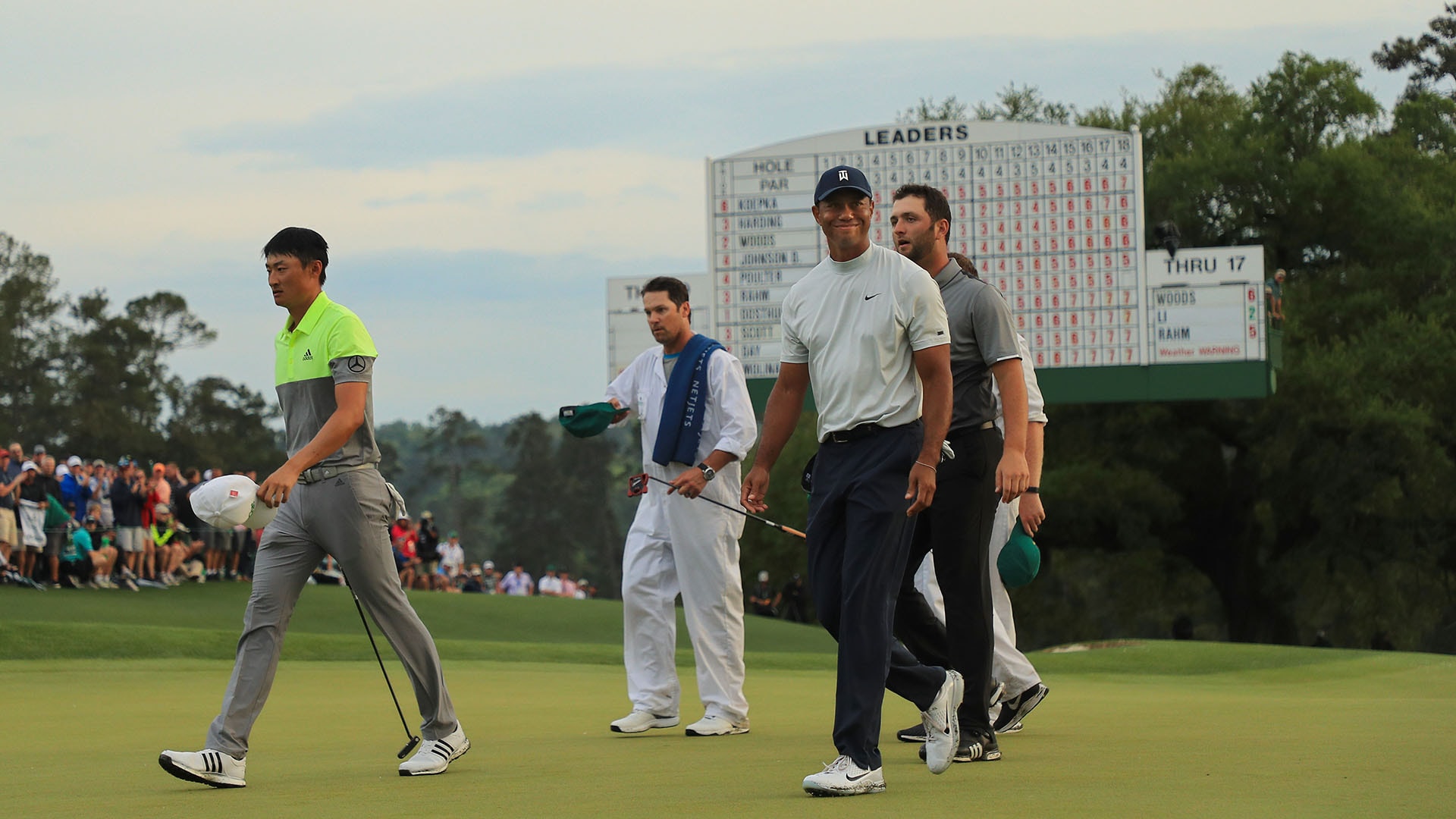 NASSAU, Bahamas – Seven tournaments from the six largest tours over the next three weeks could shape the field for the Masters, and perhaps pave the way for the largest gathering at Augusta National in more than 50 years.

Augusta National invites the top 50 from the final world ranking of the year, and then the top 50 one week before the Masters.

Among those on the bubble are former PGA champion Keegan Bradley, hanging on at No. 48, and Presidents Cup player Cameron Smith at No. 52. The Australian gets two more tries to get into the top 50.

The Masters already has 77 players who have qualified and are expected to play. From this week's world ranking, 12 players in the top 50 are not yet eligible, meaning the size of the field could swell to 89 players going into the new year. Still to come are 12 events on the PGA Tour that offer Masters invitations to the winner, along with the top 50 from the April 5 world ranking and the Latin American Amateur champion.

Tiger Woods won against a field of 87 players this year for his fifth green jacket.

The Masters is all about providing the best experience for the players, one reason it has the smallest field of the four majors. It has not had more than 100 players since 103 played in 1966.

Some of it has to do with the increased fall schedule on the PGA Tour.

A year ago, seven tournaments offered full FedExCup points, three of them limited fields in Asia. Only two of those seven winners were outside the top 50 in the world – Kevin Tway at the Safeway Open and Charles Howell III at the RSM Classic.

This year, the PGA Tour had 10 tournaments in the fall that offered a Masters invitation. Six of the winners were outside the top 50. Five of them were not among the top 150 in the world.

The Tour had two new tournaments in the summer (between the last two majors), won by Nate Lashley in Detroit and Matthew Wolff in Minnesota. With one fewer event in the FedExCup postseason, 11 players who reached the Tour Championship – which comes with a Masters invitation – did not win. Five of them would have made the Masters field through other categories.

The Masters had a strong emphasis on amateurs in 1966, awarding invitations to the U.S. Amateur and British Amateur champions from the previous 10 years, the top eight and ties from the last U.S. Amateur and the U.S. Walker Cup team. That meant 26 amateurs were in the field.

Now there are six.

Justin Thomas playing a practice round in the warmth of the Bahamas revealed a scare - illustrated by a 3-inch scar just below the back of his knee - after the Tour Championship.

A visit to his dermatologist revealed melanoma that was removed.

''He said I was about eight months away from being one of his patients,'' Thomas said.

Thomas, who already makes regular visits to the dermatologist, says he was told to get checked once every three months for the next year.

Jon Rahm has been voted European Tour golfer of the year by a panel of golf media. Rahm won three times on the European Tour, including the DP World Tour Championship to win the Race to Dubai and become the first Spaniard since Seve Ballesteros to end the year as Europe Tour's top play. ... Graeme McDowell will be host of the Dubai Duty Free Irish Open the next two years, starting at Mount Juliet in May. McDowell says he hopes the 2021 event can move to Northern Ireland. Mount Juliet was site of a World Golf Championship in 2002 and 2004. ... Players at the Hero World Challenge are donating $500 for every birdie, $1,000 for every eagle and $2,500 for a hole-in-one to the ONE Bahamas Fund to help with rebuilding from Hurricane Dorian. Net proceeds from the event are going to the Bahamas Fund and the TGR Foundation.

Ariya Jutanugarn, who began the year at No. 1 in the world, finished the LPGA season outside the top 10.

''I know that he does not want to go down there and not come back without the cup.'' - Rickie Fowler on Tiger Woods as U.S. captain of the Presidents Cup.