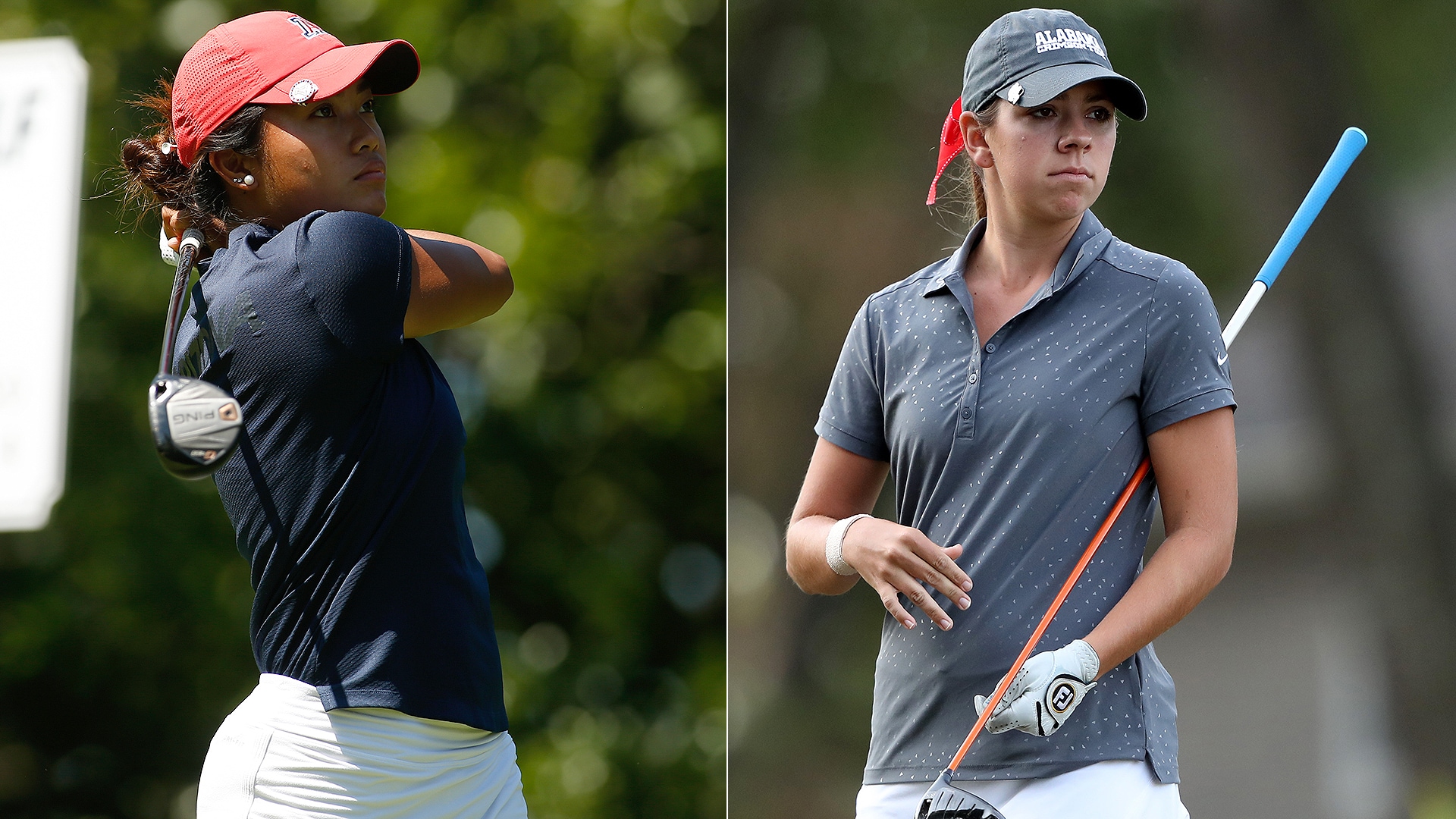 STILLWATER, Okla. – It’s the SEC vs. the Pac 12 for the women’s NCAA Championship; Alabama vs. Arizona, to be more specific.

Alabama’s top three players, Lauren Stephenson, Kristen Gillman and Cheyenne Knight were unstoppable forces in both matches on the marathon day. Stacked in the top three positions in the semifinals all three won their matches on the 17th hole, making the last two matches inconsequential.

Arizona, the eighth seed, won as decisively as second-seeded Alabama, but needed a miracle to be in this position in the first place.

Junior Bianca Pagdanganan drained a 30-footer for eagle on the last hole of stroke play on Monday to get the Wildcats into a playoff against Baylor, which they won on the second hole. Then on Tuesday, presumably running on fumes, they downed top-seeded UCLA in the morning, then crushed Pac-12 foe Stanford in the afternoon.

Pagdanganan, Gigi Stoll and Hayley Moore each won both matches for Arizona on the hot, draining day.

“I don’t want to let them down so I do my best to rise to the occasion,” Pagdanganan said.

Said Arizona coach Laura Ianello: “How many players, when you tell them under pressure that you need them, can really handle it,” Ianello said about Pagdanganan. “This kid can.” 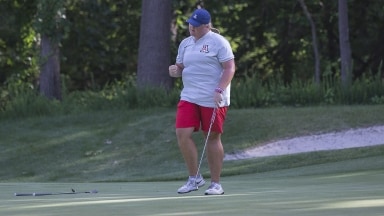 Before the men take center stage at Karsten Creek, let's shine the spotlight one more time on the women and look at some big takeaways from the week. 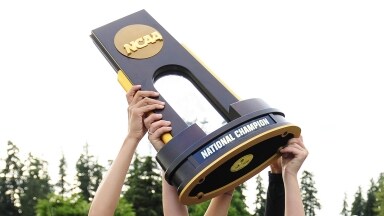 It's Arizona vs. Alabama in the finals of the NCAA Women's DI Championship. Check out all of the match-play scoring and TV times. 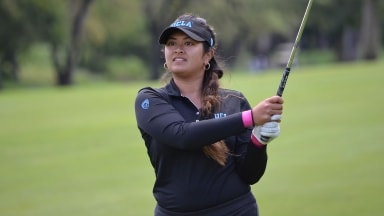