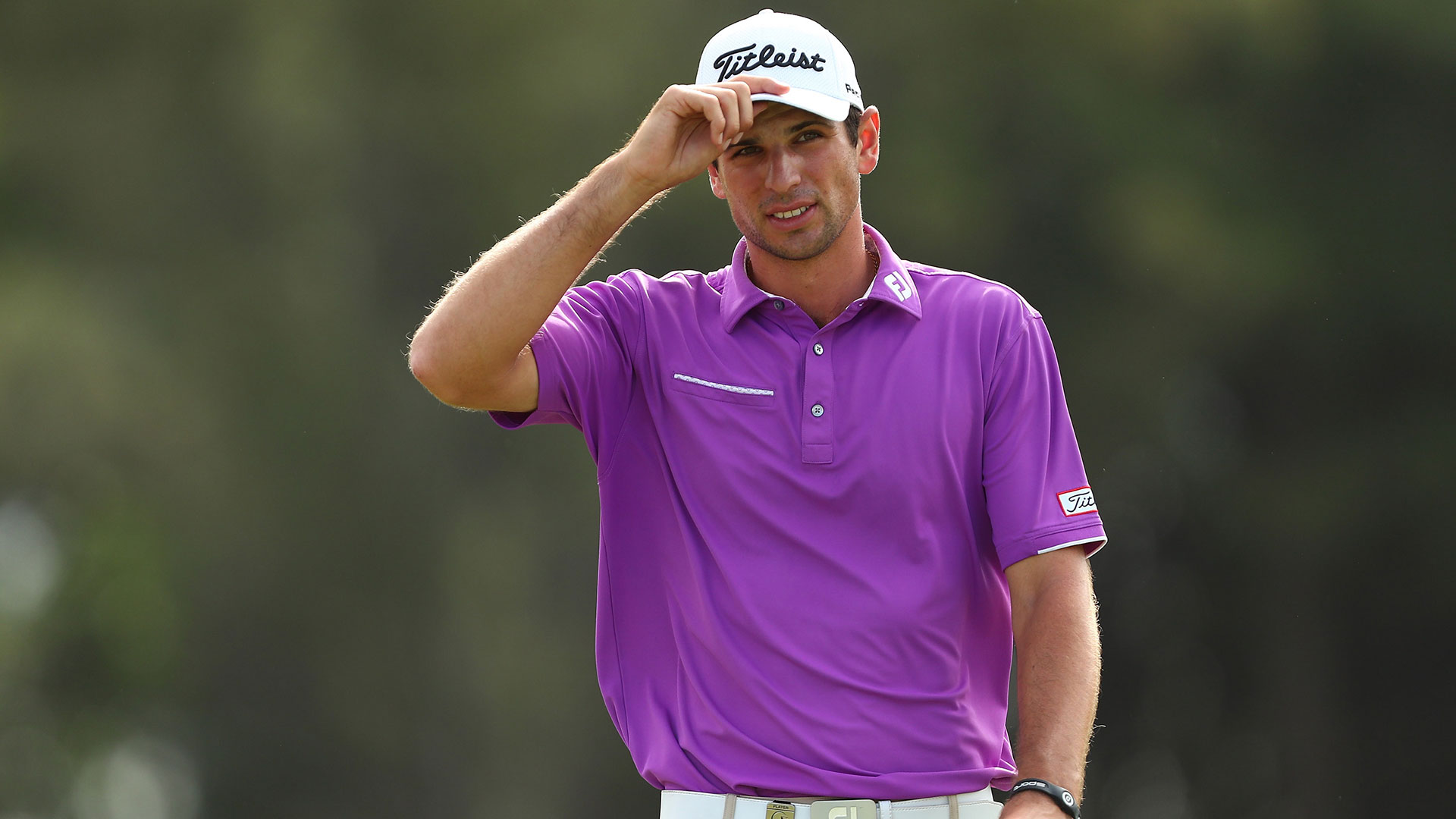 Zunic needed birdies on his final two holes for a 59, but bogeyed the 17th and double-bogeyed the 18th. The course record was first set at Royal Pines by Australian Rhein Gibson in 2015.

''What two holes? I just think of 16 good holes, that's all I see in my mind,'' Zunic said when asked about his 3-over finish. ''If you had told me that I was going to have 64 at the start of today, I would have taken it, that's for sure.''

Zunic, who played the European Challenge Tour this year, twice found bunkers on the 17th, then three-putt the 18th.

''It was a shame what happened on the last two holes, but to be honest, I didn't even do much wrong,'' he said.

In 2013, while playing as an amateur in the United States, the Sydney-based Zunic suffered severe head injuries and blood loss as a passenger in a car crash. He won the New Zealand Open in 2015.

The 25-year-old Zunic, who was at 17-under 199, started the day three strokes behind co-leaders Marc Leishman and Adam Bland, but had seven front-nine birdies to move well into the lead. He had four birdies in a row before his bogey on 17.

Cameron Smith was in second place after a 67 with Bland a further stroke behind after a 71.

Leishman shot 74 and was tied for fourth, seven strokes behind. Masters champion Sergio Garcia, who was six strokes behind at the start of the day, drifted to nine out of the lead after a 70.

Garcia said he's tired after a year in which he won his first major at the Masters, was married and will become a father early next year.

''I am proud of myself because I feel like I'm going on fumes,'' Garcia said. ''My head is not as sharp as it should be and I'm making stupid mistakes here and there. But other than that, I feel like I fought hard again today.''

Officials moved up tee times for Sunday's final round by three hours attempting to finish the tournament before forecast heavy rain and thunderstorms. The players will go off from two tees, with the last groups off at 8 a.m.