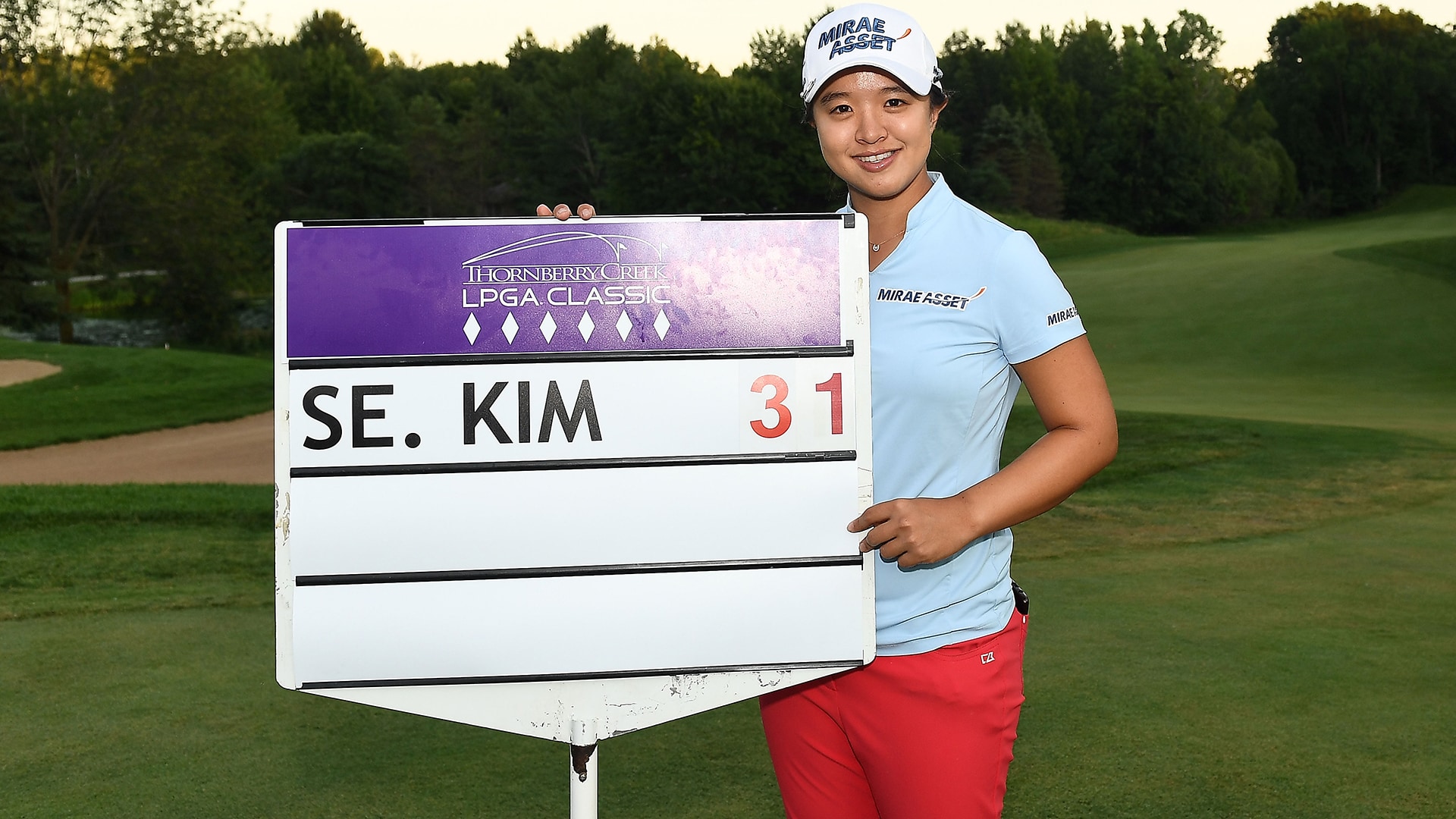 ONEIDA, Wis. - Sei Young Kim became the first player in LPGA Tour history to go lower than 30 under in a performance so dominant in the Thornberry Creek LPGA Classic that she now has the tour scoring records all to herself.

Kim closed with a 7-under 65 on Sunday for a nine-shot victory, finishing at 31-under 257 to break by four shots to par the record Kim had shared with Annika Sorenstam. Kim won the 2016 Founders Cup at 27 under, while Sorenstam won the 2001 Standard Register Ping at 27 under, the tournament Sorenstam shot 59.

Kim also set the 72-hole scoring record at 257, finishing with three straight pars to break the mark by one shot.

The only blemish for Kim all week at Thornberry Creek at Oneida was a double bogey in the second round Friday. She had 31 birdies and one eagle, another record for most sub-par holes in a tournament. Kim hit 67 out of 72 greens in regulation.

Kim tied another Sorenstam record when she was 24 under through 54 holes. The South Korea reached 28 under with a tap-in birdie on the par-5 ninth. She began the back nine with another birdie when her wedge from about 100 yards stopped a few feet from the hole, and she became the first to reach 30 under by making a 12-foot birdie putt on the par-3 12th.

The 25-year-old Kim won by five shots over Lydia Ko when she shot 27 under in the Founders Cup two years ago. Sorenstam won by two shots over Se Ri Pak when she shot her 27 under at Moon Valley at a tournament that no longer exists.

No one had a chance Sunday.

Kim began the final round with an eight shot lead and was close to flawless. Amy Yang, who played with Kim in the final round, made eagle on No. 3 to get within six shots. She couldn't keep pace, however, and made a double bogey on the par-5 15th by hitting one shot in the water and another in a hazard..

Carlota Ciganda of Spain lost a ball and made double bogey on the 18th hole for a 64 to finish alone in second, nine shots behind. Yang, with a birdie on the final hole for a 68, tied for third at 20 under with Emma Talley and Anna Nordqvist, who each had a 67.

For all the birdies, Kim set the LPGA Tour record with a par on the final hole to finish at 257. Hee Young Park won a playoff after she and Angela Stanford each finished at 258 in the Manulife Classic in Canada in 2013 (par 71), while Karen Stupples shot 258 at the Welch's/Fry's Championship in Arizona in 2004 (par 70).

Kim won for the first time this year and joined Brooke Henderson as the only players on the LPGA Tour with at least one victory in each of the last four seasons.