Growing the game: How golf gets it wrong 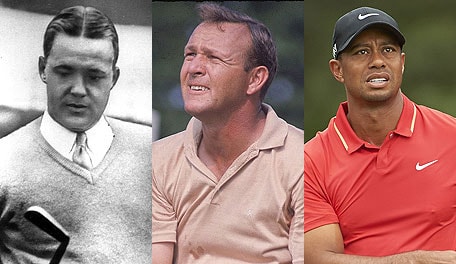 When I was new to golf the head professionals where I played, including Rives McBee, introduced me to the game, helped me get better and passed on their passion for playing. Before anyone had shot 63 in a major, McBee had a share of the record for lowest round in a major, a 64 that he shot in the 1966 U.S. Open at Olympic. He traveled with Lee Trevino early in their careers and he knew the game inside and out. Still does.

As a head pro, McBee, along with Jerry Andrews and Lanny Turentine, wasn’t holed up in an office. He was on the putting green, the driving range or the golf course, showing people how to play, explaining this part of the grip or that part of the stance. If he wasn’t in one of those places, he could be found at the 19th hole, talking about the history of this game, its traditions and past greats. For McBee and Andrews and Turentine, these weren’t just characters out of books, they were people they knew personally.

In my mind, the golf professional is the most important person in golf, the link between the golfer and the game. But another link, one between golf courses and boardrooms and Wall Street, has fundamentally changed the golf professional’s job as “growing the game” has become golf’s highest priority.

I hear repeatedly that golf’s participation numbers are falling; that the millennials aren't interested in it and the 18- 30-year-old set that was, isn't anymore; that those who care about the future of golf should all work to “grow the game.”

Today, that means getting the golfer to the course at all costs. It means cutting the cost of the green fee and the salary of the golf professional. It means trying to make the game easier (15-inch cups), faster (9- to 12-hole rounds) or even completely different (Footgolf).

Golf didn't just suddenly become hard; it has driven people crazy for centuries. The difficulty of the game has always been a large part of its allure. The difficulty is offset by the passion that people have for it.

As I said, this isn’t the first downturn golf has experienced. The first one in the U.S. followed the boom that came from Francis Ouimet’s stunning upset of Ted Ray and Harry Vardon in the 1913 U.S. Open playoff and the heyday of Bobby Jones, climaxing in his Grand Slam of 1930. During this period, the number of USGA-affiliated clubs rose from 267 in 1910 to more than 1,100 in 1932.

Golf's growth abated in the 1930s for two primary reasons - the stock market collapse of 1929 and Jones’ retirement in 1930. This was a one-two punch to an expensive, star-driven game that was almost exactly duplicated by the circumstances of the economy's downturn in 2008 and Tiger Woods’ scandal in 2009. The only difference? In the 1930s nobody was suggesting a need to grow the game.

After World War II golf enjoyed slow, steady growth until Arnold Palmer burst onto the scene in the 1950s. Then the game grew like bacteria in a petri dish, which is to say parallel to his popularity. Aaron Sorkin couldn't have written this guy. Spielberg couldn't have directed him. He mesmerized man, woman and child with great manners and all manner of gesticulations on the way to heroic wins and tragic losses. He moved people, literally, to the golf course.

Where Palmer’s popularity grew over time, Woods’ was like a bowling ball dropping into a koi pond. By 2013 there were 10,600 USGA-affiliated golf courses. That number, however, was down from the previous few years, as was the number of players, which is why there is such a hullaballoo about needing to grow the game.

Golf used to be mostly a break-even business. Courses and the experience were designed for the enjoyment of players. Profits went back into the facilities. This began to change when conglomerates began taking over ownership and/or management of courses.

The fallout from this has changed golf more than anything else in its history. Somewhere in a board room there is a man or woman whose job is to look at spread sheets and figure out how to maximize profits, to generate more revenue by generating more rounds. The burden of doing this often falls on the golf professional, so instead of being out on the range as Rives McBee, Jerry Andrews, Lanny Turentine and their ilk used to be, golf professionals are instead huddled in their offices trying to figure out how to generate more rounds.

The goal shouldn’t be to grow the game at all costs, it should be to connect on a one-to-one level with each golfer or prospective golfer, to help them appreciate why it's worth taking the time to learn how to play. Pay the golf professionals more money because they are worth every penny and will make people want to play this game. In time there will be another star every bit as alluring as Tiger Woods, Arnold Palmer and Bobby Jones, and once again the game will grow.