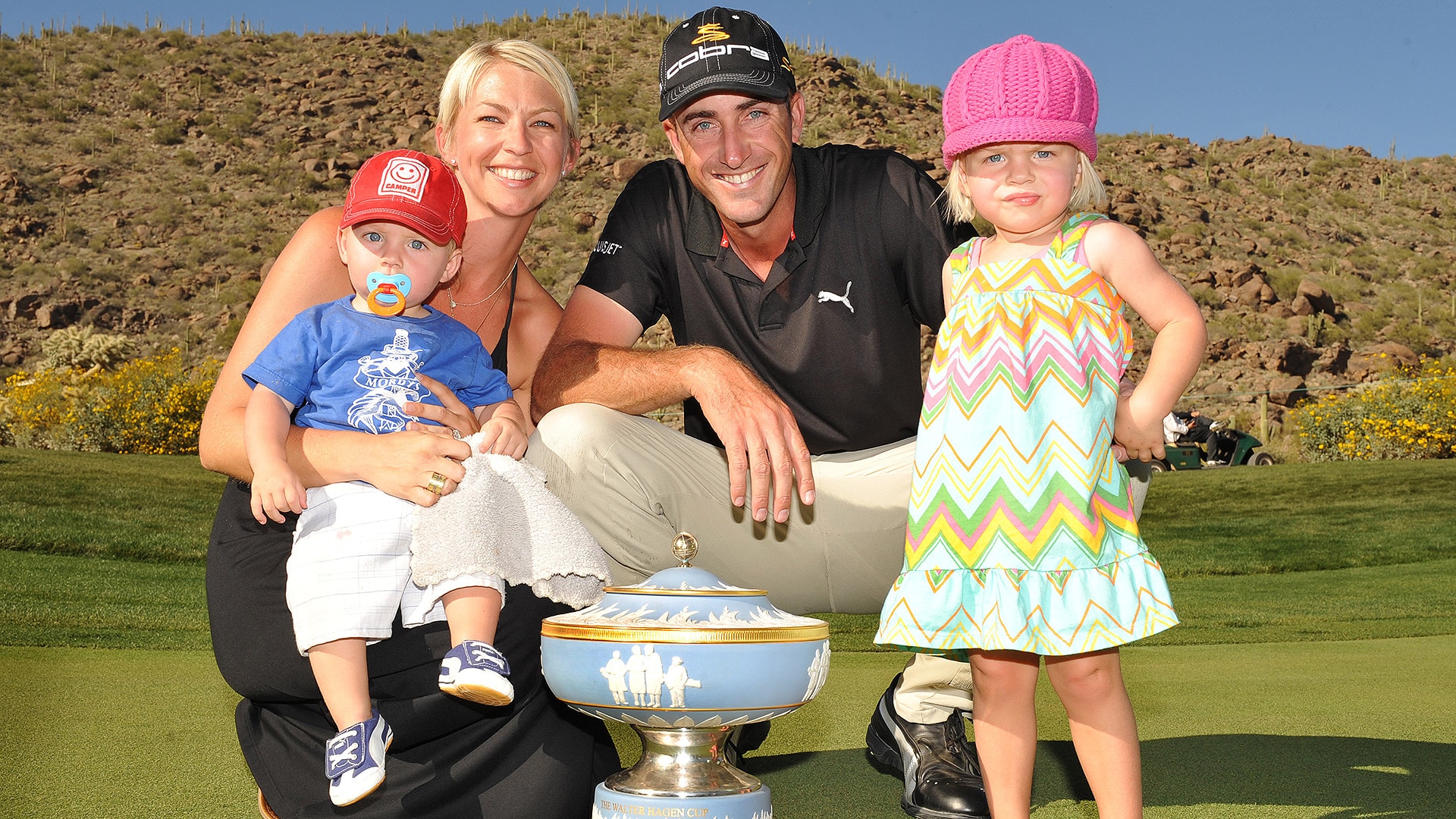 Ogilvy has been contemplating in the last few years moving back home to Australia, and after discussing it with his Texas-born wife, Juli, they plan to return to Melbourne shortly after Christmas.

Their daughter, Phoebe, turns 12 in October and will be starting the seventh grade in Australia. They have two sons, Jasper (10) and Harvey (8). The Ogilvys figured that waiting much longer to decide where to live would make it tougher on the children.

''We just talked about it, for lots of reasons, and we kept making pros and cons. Juli was strong on it,'' Ogilvy said. ''We're excited. I'm at the point where I'm not going to play 27 times a year. It's going to be brutal to play from there. But you've got to choose life.''

Ogilvy won the 2006 U.S. Open at Winged Foot, and he counts three World Golf Championships among his eight PGA Tour victories. He also has won the Australian Open and the Australian PGA Championship and has reached No. 3 in the world.

He has been dividing some of his time with a golf course design business with projects that include Shady Oaks in Fort Worth, Texas, (including a ''Little Nine'' course that opened last year), a renovation in China and a 36-hole course called Peninsula Kingwood in Melbourne.

Ogilvy, who grew up at Victoria Golf Club, still has a home on the 14th hole of the West Course at Royal Melbourne. If he didn't move back home, Ogilvy figured he would be spending six months in Melbourne and six months in Scottsdale, Arizona.

''It's a feeling more than anything,'' he said. ''Scottsdale is dreamy. We live a great existence. I know what I'm getting there. If we didn't move back, we'd be a six-and-six family. The kids get out of school, and they're bounced back and forth. It's not good for continuity.''

Ogilvy narrowly kept his full PGA Tour card last year and this season has been a struggle. He hasn't sorted out what kind of schedule he would keep, understanding it would involve long trips from Sydney to Dallas.

The immediate goal would be to play a heavy fall schedule and miss most of the West Coast swing to get acclimated to the move.

US OPEN QUALIFYING: The U.S. Open likes to consider its championship the most democratic of the majors, and it has it just about right again this year. With the addition of 23 players who became exempt by being in the top 60 in the world ranking, 77 players in the 156-man field are exempt from qualifying. That number could go up slightly with another cutoff for the top 60 the Sunday before U.S. Open week.

The U.S. Open is the only American major that does not offer automatic exemptions to PGA Tour winners. Five such winners from this season still face qualifying, including Patton Kizzire, who has won twice (OHL Classic at Mayakoba and Sony Open). The others are Austin Cook, Ted Potter Jr., Andrew Landry and Aaron Wise.

Until 2011, the U.S. Open offered exemptions to multiple PGA Tour winners since the previous Open. It leans heavily on the world ranking, as do the other majors. It also awards recent major champions and top finishers from the previous U.S. Open, along with the Tour Championship field from the previous year, to reward a consistently strong season.

''All of the tours around the world have bought into the official world golf ranking rankings,'' said Jeff Hall, the USGA's managing director of rules and open championships. ''And this provides just the right place for us to be with exemptions. We don't have to get into the weighting of one tour over another, this championship versus that event, a week-to-week event. We focus on the official world golf rankings and it seems to get us the right players for our championship.''

FICKLE GAME: Careers can change quickly in golf. No one can attest to that as well as Michael Arnaud.

The 36-year-old Arnaud had never finished better than a tie for fifth in his 49 starts on the Web.com Tour, and that was three years ago. His career earnings were just over $130,000. He had only made it into one previous event this year, and he wasn't in the field at the BMW Charity Pro-Am in South Carolina last week until Kent Bulle withdrew on the eve of the event.

Arnaud tied the course record with a 60 in the second round. He closed with a 63 and won by five shots.

''A lot of people kept pushing me when I wanted to step away from it,'' Arnaud said. ''My wife was one of those that told me to take the chance and go. Low and behold it really paid off.''

SHINNECOCK SAVANT: Rory McIlroy is excited to get back to Shinnecock Hills for the U.S. Open, a course he already has played a few times.

Equally excited is his manager, Sean O'Flaherty, who knows the course on New York's Long Island better than McIlroy.

O'Flaherty spent two summers as a caddie at Shinnecock Hills.

He went to college at Trinity in Dublin, had friends in the Hamptons and came over during the summer months in 2002 and 2003 to work as a caddie.

DIVOTS: Justin Thomas won the Honda Classic on Feb. 25 at No. 4 in the world. No one from the top 10 in the world has won a PGA Tour event since then, a stretch of 12 tournaments. ... Guy Kinnings is leaving IMG after nearly 30 years to become the deputy CEO and Ryder Cup director of the European Tour. He will report directly to European Tour chief Keith Pelley. ... The LPGA tour will play in China during its fall Asia swing at the Buick LPGA Shanghai at Qizhong Garden Golf Club. The tournament will be Oct. 18-21, one week before the men play the HSBC Champions at Sheshan International in Shanghai. ... Alice Chen of Furman has been selected for the Dinah Shore Trophy, awarded to top college women who excel in golf, academics and work off the golf course. ... The Irish Open is going to Lahinch Golf Club in 2019, with former Ryder Cup captain Paul McGinley serving as the tournament host.

STAT OF THE WEEK: Matt Kuchar, Peter Uihlein and Jhonattan Vegas are the only players to compete in all five Texas events on the PGA Tour this year.

FINAL WORD: ''The sum of his shots seems to add up to slightly less than the sum of the shots from another guy.'' - Geoff Ogilvy on Jordan Spieth. 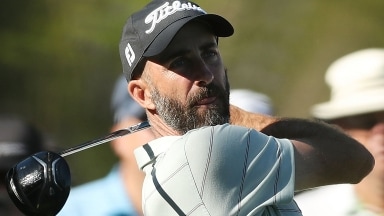 Add former U.S. Open champion Geoff Ogilvy to the chorus of voices calling for a distance rollback of the golf ball.