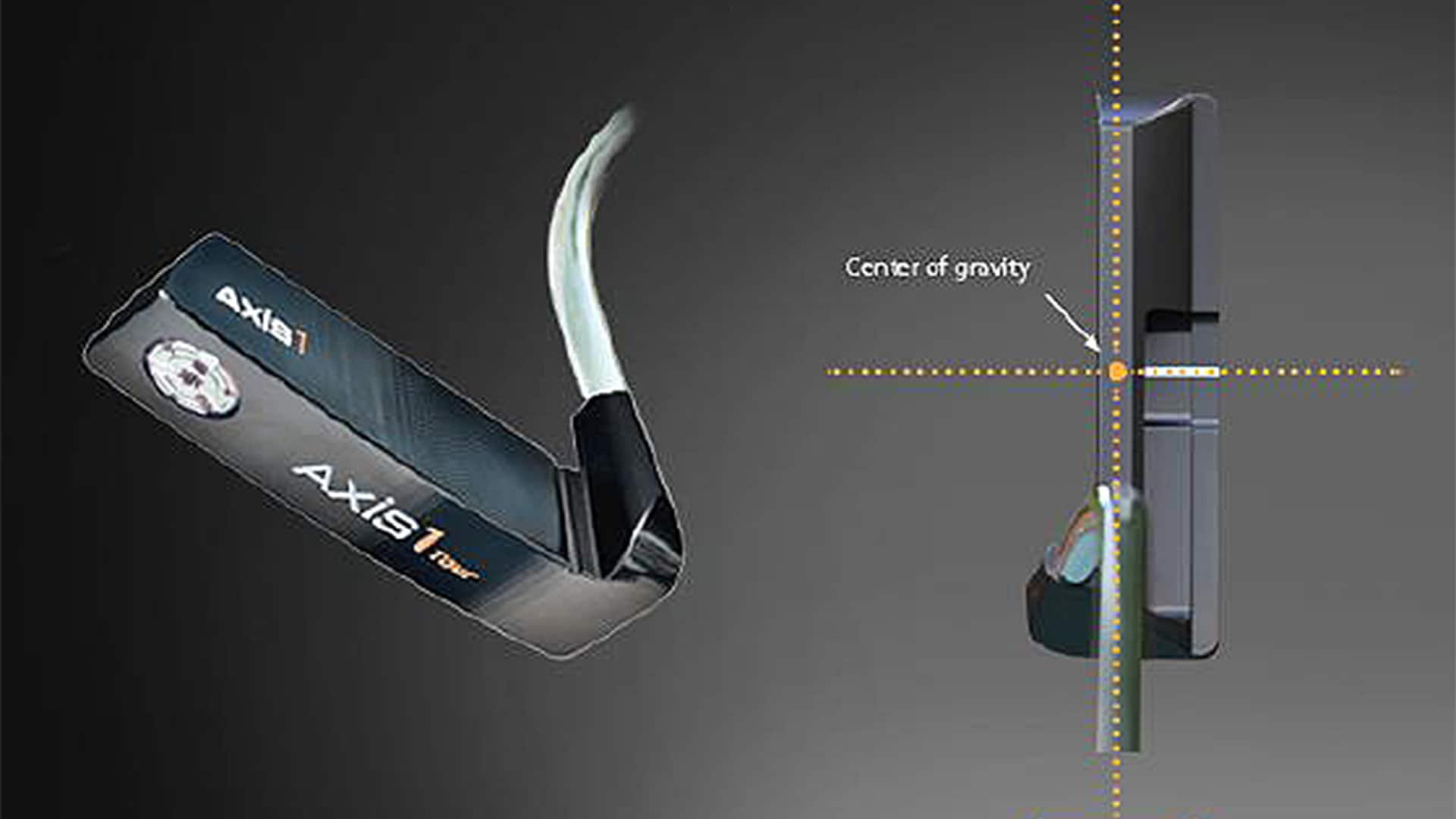 It’s hard to deny the technology behind Axis1 Golf’s putters, but if you’re someone who desires an aesthetically pleasing flat stick, you may have overlooked these patented putters since they debuted in 2009.

But the folks who claim to have the only perfectly balanced putters on the market have turned a corner with their latest model, the Axis1 Tour.

The Axis1 Tour-B and -S (black and silver) are built with the same technology that has always been integral to their putters, a patented heel counterweight that places the center of gravity in line with the shaft and right on the center of the putter face, ensuring that the clubface will never open up.

However, after consulting with several pros, Axis1 technicians were able to get that same effect from a smaller, more traditional looking counterweight, resulting in the Tour, a milled 304 stainless steel putter.

You can see the progression Axis1 has made below with this torque-free timeline:

“We were able to keep our patented perfectly balanced and torque-free technology platform but change materials to reduce the size of the heel to make the product more traditional looking compared to our other models in the line,” said Phil Long, vice president of Axis1 Golf.

And don’t be surprised if you start to see them more and more on the greens at big-time events.

“A couple of players on both the PGA and Web.com tours put prototype versions of the Tour in play during this past season. Several players on both tours consulted with us during the development process of the putter from start to finish," said Long. "The feedback throughout the whole process has been great. We got several 'Wow....how did you do this' comments keeping the same technology but combining it with the more traditional look."

Axis1 Tour-B and -S putters are available in 33-,34- and 35-inch models for $399. The company is so confident in its patented putters that it offers a 30-day money-back guarantee. For more information or to make a purchase, visit axis1golf.com.