Break on 13 gives Reed confidence to finish the job 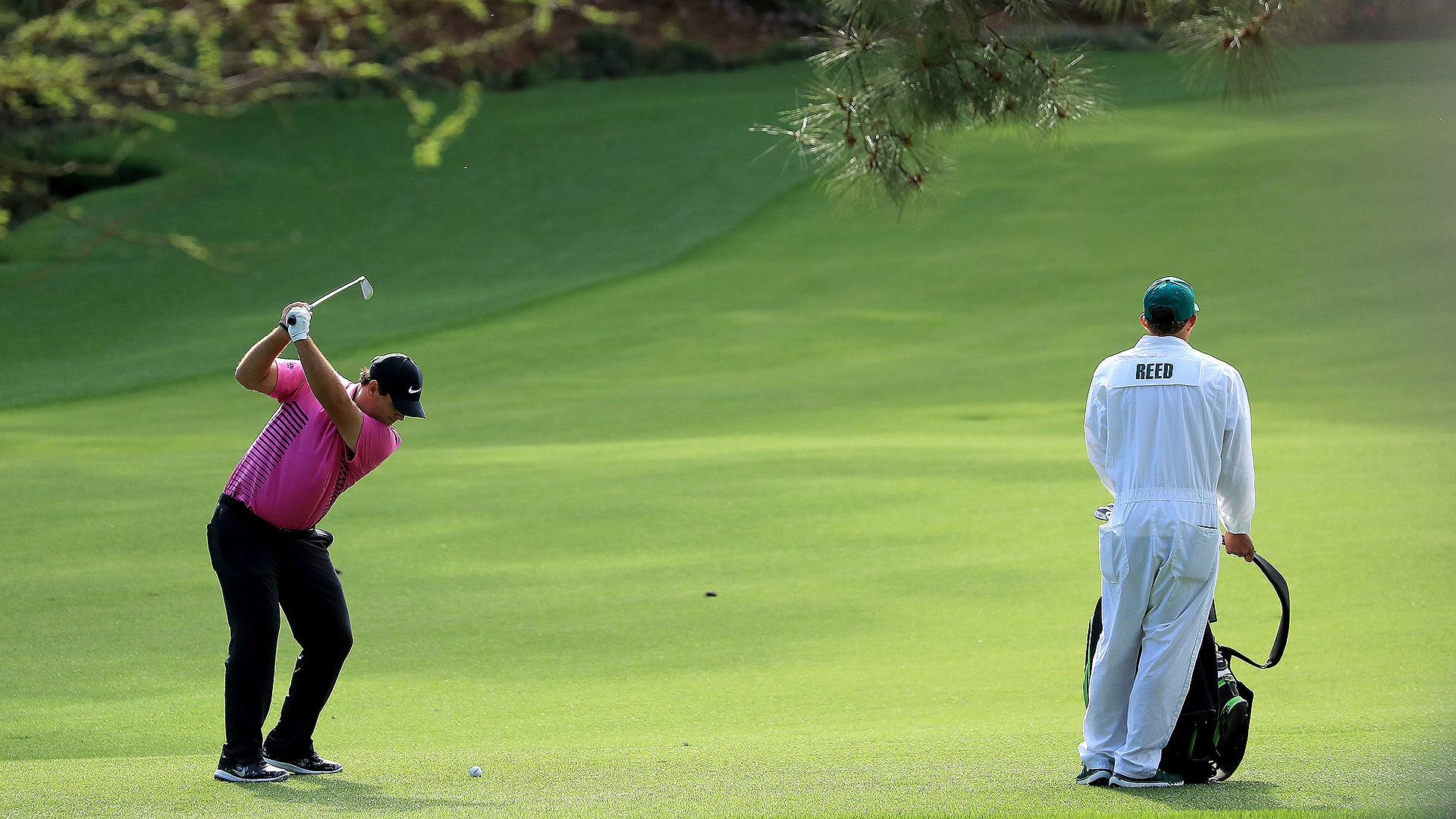 AUGUSTA, Ga. – Patrick Reed was cruising along at 14 under par and two strokes clear of the field when he and his caddie, Kessler Karain, arrived in the 13th fairway.

Following a drive that left him just 186 yards to the hole, it was a routine shot under normal circumstances, but this was far from normal or routine.

“I thought it was a little off 7‑iron, about 90, 85 percent, and Kessler wanted me to hit it full just to make sure you take water short out of play,” Reed said. “I was worried about if I hit it full, it might go long.”

In retrospect, Reed admitted that it was one of the few shots he hit all week at the Masters that he wasn’t committed to, and predictably, it didn’t turn out well.

“There's still some thought going on in my head before I hit it, and I hit about an inch behind it, caught it a little heavy,” he said.

The shot bounced short of the green into a bank, but stopped short of rolling into the creek that curves across the hole. It was one of the more tense moments on a pressure-packed day, but Reed chipped to 10 feet and two-putted for par to maintain his lead.

“I was fortunate enough for it to stay up,” he said. “To be able to pull that one off and hit it exactly how I wanted to gave me the confidence going into the rest of the round.”