Bubba's round goes down the drain with triple on 8 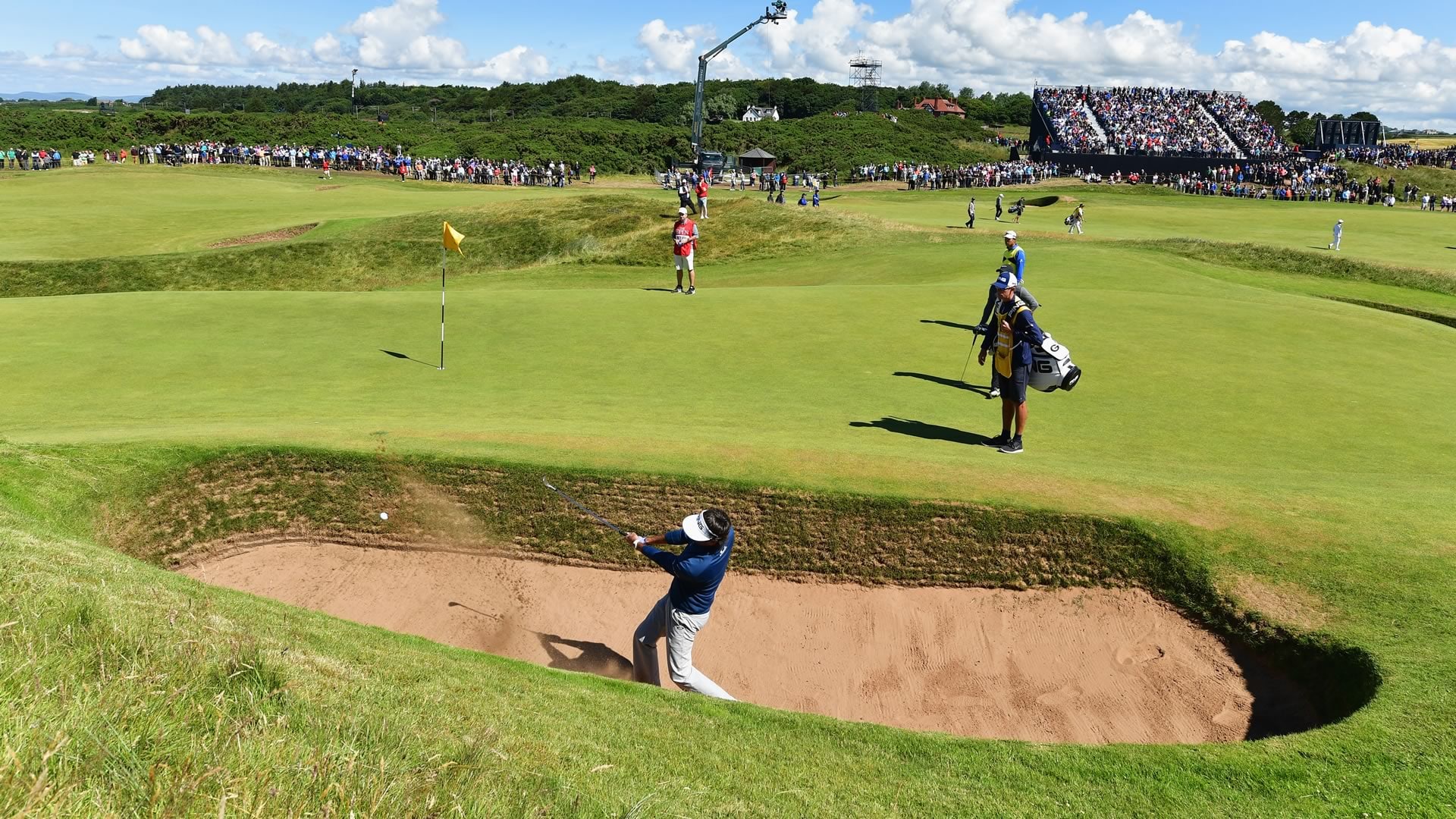 TROON, Scotland – Bubba Watson dropped six shots Thursday at Royal Troon, but he said he made only one bad swing.

It turned out to be a costly one.

Cruising along at 5 under for the day, Watson tried to “chip” a pitching wedge on the 123-yard eighth hole at Royal Troon, better known as the Postage Stamp.

His ball drifted left and plugged near the back lip of the Coffin Bunker. As a left-hander, he had only one option, to blast out over the green, but then he misjudged his pitch, left his fourth shot short and then two-putted for a triple-bogey 6. He wound up with a 1-under 70.

“That hole has been killing me all week,” he said, “even in practice.”

Watson said he put his tee shot in a similar spot during his practice round Wednesday.

“I wanted to see if I could do better than yesterday and obviously I couldn’t,” he said.

Said Rory McIlroy, who was in the same group and had a kick-in birdie: “As soon as you miss left …”

The reasons why he’s struggled on one of the shortest par 3s in major-championship golf are harder for Watson to explain. He said that he feels as though the wind is coming from the left, even though it typically blows hard in and from the right.

“You’d think after three days of practice in a tournament I’d figure that out,” he said.