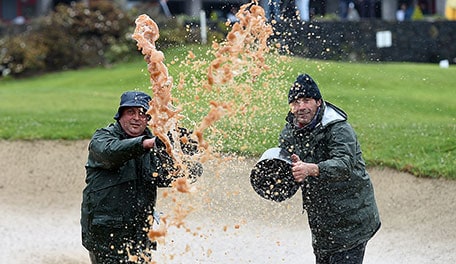 The European Tour’s Madeira Islands Open, which was canceled last week because of inclement weather, has been rescheduled for late July.

Wiped out after only one round because of strong winds, heavy rain and dense fog, the event will now be played July 30-Aug. 2.

The tournament counts toward both the Race to Dubai and the Challenge Tour rankings. It will be played opposite the Paul Lawrie Match Play event.

“We hope the weather gods will be smiling upon us,” said European Tour COO Keith Waters.

Last week, the event drew only a pair of players who were ranked inside the top 350 in the world.