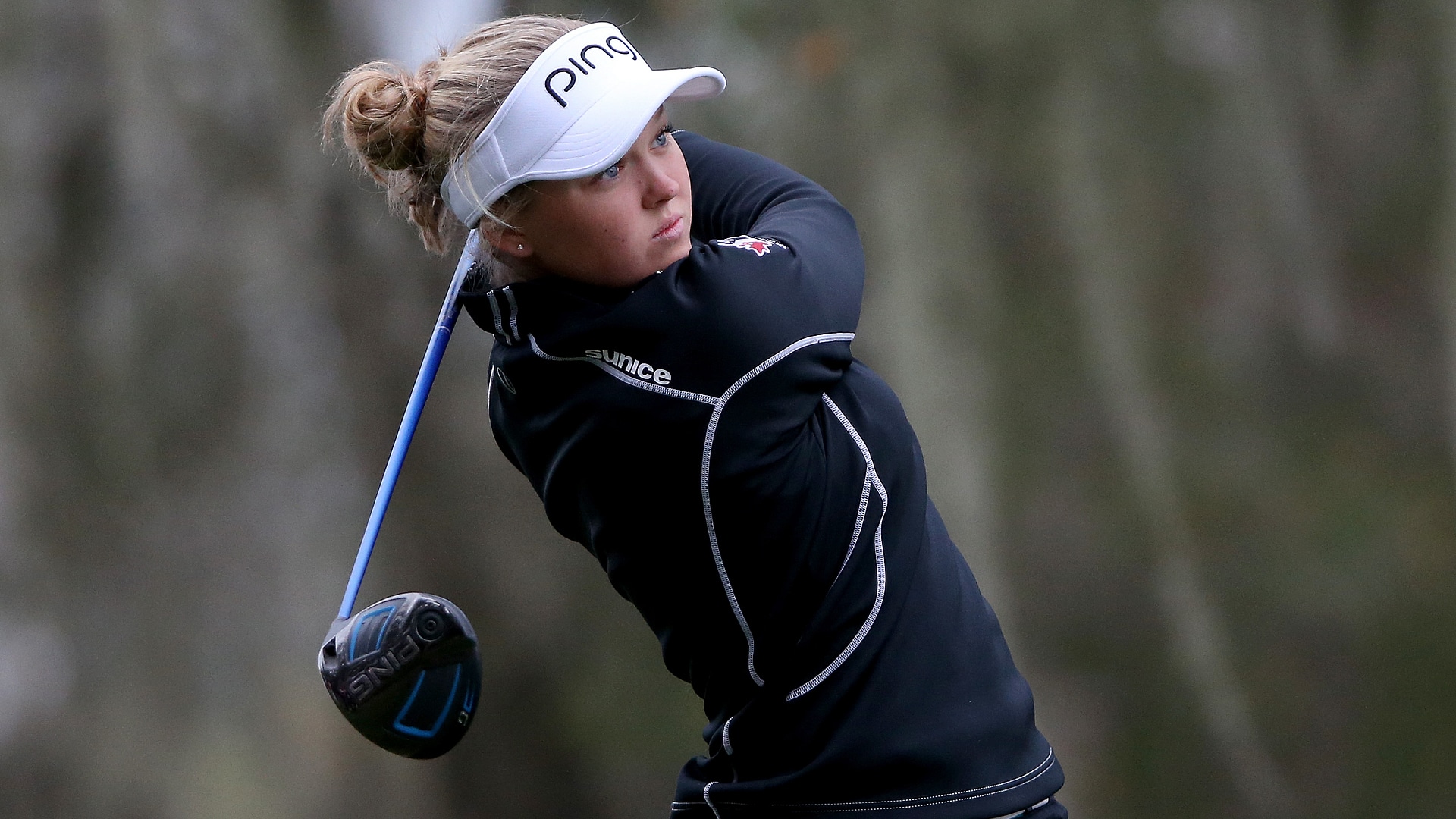 When Saturday opened with the conclusion of the suspended third round, Henderson was seven shots off the lead. She charged boldly to take the lead early on the back nine of the final round. Ultimately, a couple of late bogeys in a steady rain cost her, but with a substantial boost of power the 18-year-old Canadian gave herself a chance to win her second LPGA title. She ended up finishing second, two shots behind Ha Na Jang.

“Starting the day, if you would have told me I would finish second, I would have been very, very happy,” Henderson said.

Henderson impressed with her power. Through the first two events of the new season, Henderson ranks ninth on tour in driving distance, averaging 278 yards per drive. That’s 25 yards longer than she averaged last season. Where’s the boost of power coming from? Henderson credits it to her new Ping G Dragonfly driver and her switch to a 48-inch shaft. The new shaft’s a big deal. It’s the legal limit in golf, four inches longer than the standard shaft in the women’s game and three inches longer than the standard in the men’s game.

“I’ve definitely gained a lot of distance,” Henderson said. “I think it was a big key to the way I played this week.”

It should be noted, average driving distances are up for almost every player who teed it up at the Pure Silk Bahamas Classic, where heavy winds and firm fairways helped pad stats, but Henderson is definitely longer. She was paired with long-hitting Lexi Thompson in the first two rounds of the Coates Golf Championship and they ranked 1-2 in the field in driving distance halfway through the event, with Thompson averaging 284 yards per drive and Henderson 281.

“I’m easily 10 yards longer with my driver, 15 if I hit a good one,” Henderson told GolfChannel.com.

As a 17-year-old last year, Henderson played the LPGA with a shaft that was 47¼ inches long and still hit a lot of fairways. How has she gotten so comfortable with long-shafted drivers? Her father, Dave, was a pretty good player on the local scene in Smiths Falls, Canada, where Brooke makes her home. He told GolfChannel.com that he carries some 48-inch shafted drivers for scrambles and Brooke would occasionally experiment with those growing up.