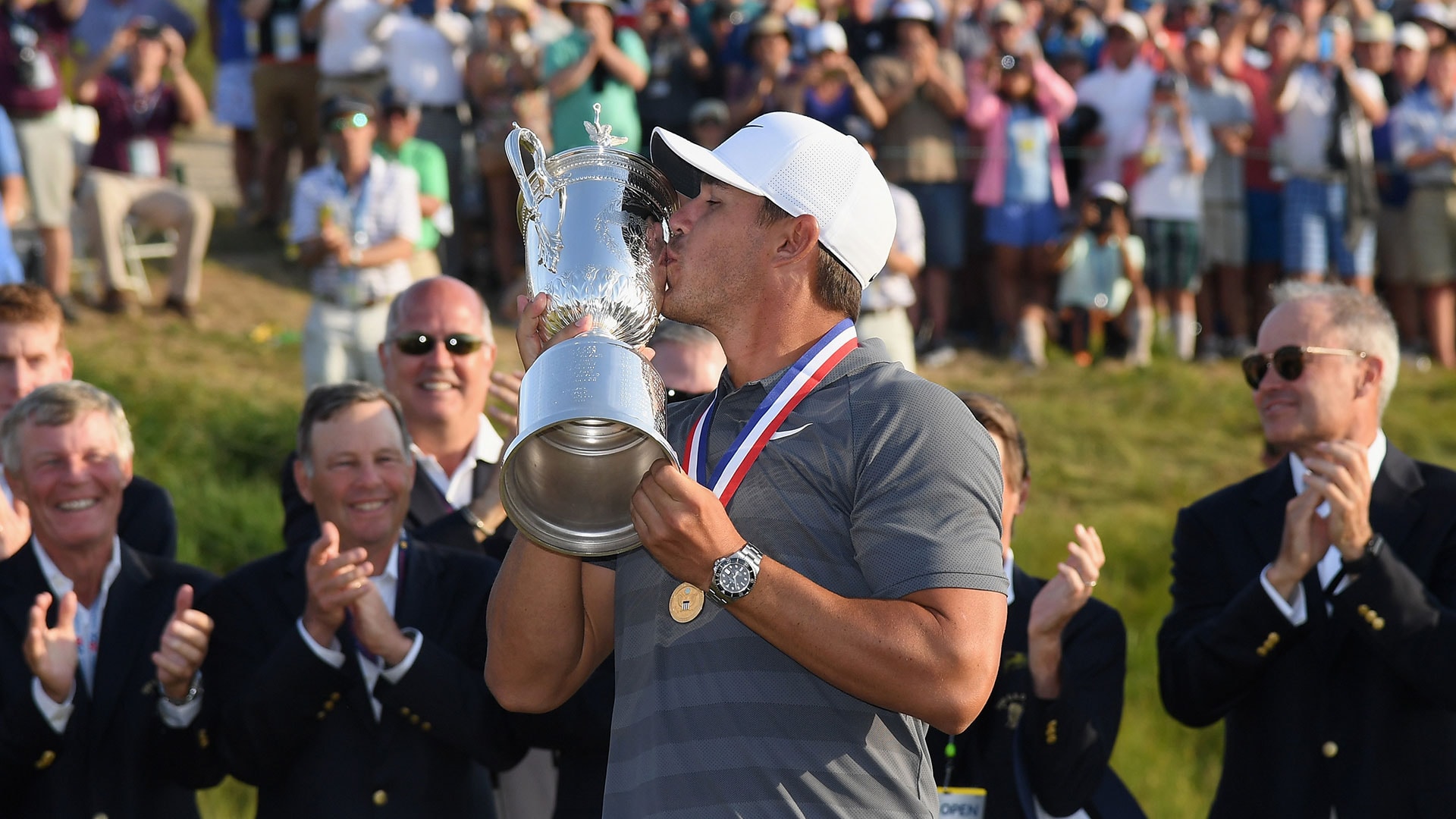 Brooks Koepka on Sunday shot a final-round 68 to become just the seventh man in history to win the U.S. Open in back-to-back years. Here’s how Koepka managed to conquer a schizophrenic Shinnecock Hills and the field:

What happened: Tied for the lead to start the day and playing in the second-to-last group with his good friend Johnson, Koepka raced out in front with birdies on three of his first five holes en route to a front-nine 2-under 33. Up one at the turn over Johnson, Reed and Fleetwood - who was already in the clubhouse following a round of 7-under 63 - Koepka birdied the par-4 10th and then pulled off a series of saves that ultimately won him the championship. He holed a 13-footer to save bogey at No. 11, saved par via a deft flop shot from the back of the green at 12, and then – after letting a birdie opportunity slip by at 13 – managed to get up and down from 67 yards for par at the 14th. Following a par at No. 17, the victory march was briefly in doubt when Koepka hooked his approach to the 18th green nearly into the grandstand. Unshaken, he pitched on to 14 feet, lagged his par putt, and tapped in for bogey to finish 1 over.

Par saves like this often make the difference in a #USOpen. pic.twitter.com/yfQTM684ZF

One clear of Fleetwood through 15, Koepka stuffed a wedge from 122 yards to inside 4 feet at the par-5 16th and cleaned up the birdie putt to go up two with two to play.

Oh my @BKoepka! This guy is throwing darts today! He extends his lead to two strokes with two holes to play. #USOpen pic.twitter.com/hyKQJHa3rz

Round of the day: Six back to start the final round at 9 over par, Fleetwood took advantage of a literally watered-down golf course to tie the U.S. Open single-round scoring record with a 63. Last year’s Race to Dubai winner made eight birdies and lone a bogey. The 62-watch was on after Fleetwood circled Nos. 12-15 for four birdies in a row. Unfortunately for Fleetwood – and fortunately for Johnny Miller – the Englishman missed birdie putts from 13 feet, 20 feet and 9 feet on his last three holes, with his final attempt on the 72nd hole losing speed and missing low.

As the battle heads down the stretch at Shinnecock, here's how @TommyFleetwood1 posted the number everyone has to stare at the rest of the way. #USOpen pic.twitter.com/oqHVzNbVPe

Told after the round that he was just the sixth player in history to record a round of 63 in the U.S. Open, Fleetwood was quick to answer, “Yeah, but I wanted 62.” He would wait another three hours to watch Koepka best him by one.

Biggest disappointment: In a way, it’s Fleetwood, who came thisclose to history on two fronts and walked away with neither the outright record nor the U.S. Open trophy. That said, it’s hard to fault the guy who shot 63. And so, this category has to belong to Johnson, the 2016 champion at Oakmont who entered the weekend ahead by four and closed with 77-70 to lose by two. He mixed four birdies with four bogeys Sunday, his final birdie at the last proving too little, too late. His biggest issue? The 72 putts he took over the weekend on Shinnecock's browned greens. This is the third U.S. Open in the last eight years (2010, 2015, 2018) to slip through his fingers on Sunday.

Other names of note: Reigning Masters champion Reed got off to a blistering start with birdies on five of his first seven holes to tie for the early lead. But a bogey at No. 9 would prove the beginning of his end. He paired a front-nine 31 with a back-nine 37 to shoot 2-under 68 and finish solo fourth. Conversely, the two men in the final pairing, Finau and Daniel Berger, both stumbled out of the gate, each playing the first six holes in 2 over, surrendering a lead they would never get back. Finau (71) fought back to even on the day but made an expensive double at No. 18 to drop from T-3 to solo fifth. Berger (73) parred 18 to stay in a three-way tie for sixth. Both men recorded their best career finishes in a major. 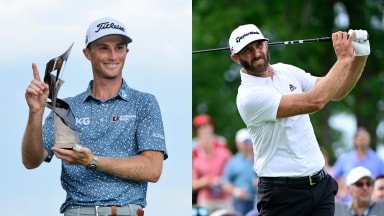 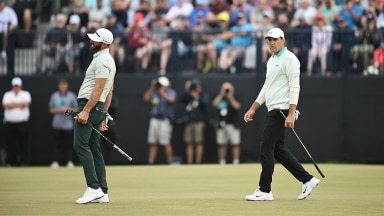