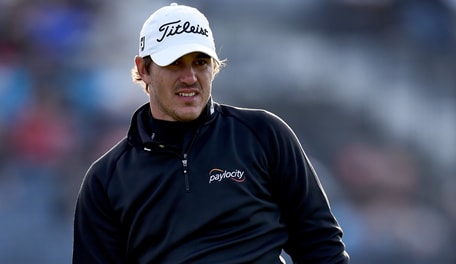 ST. ANDREWS, Scotland – For Brooks Koepka, who was born, raised and still lives in Florida, there was only one way to describe Saturday’s conditions at the Open Championship.

“It felt like a tropical storm,” he said of the Day 3 winds that gusted to 40 mph and buffeted the Old Course causing a suspension of play of more than 10 hours.

In many ways, the field owes Koepka a debt of gratitude for having officials halt play just 30 minutes after the second round had resumed.

Faced with a 6-foot birdie putt early Saturday morning, Koepka became concerned when his ball began to oscillate and was rolled 3 inches forward by a gust of wind.

Koepka’s birdie putt ran 4 feet by the hole and when he went to mark his ball it again rolled backward 3 inches and he asked officials to review the ruling again.

After an extended wait, a second opinion from another rules official and a similar incident on the 13th green involving Louis Oosthuizen officials halted play.

“I said I didn't want to play anymore. I mean, if we would have kept doing that, I would have been 40 feet,” he said. “I wasn't going to play. I really wasn't. I was not happy about hitting the first putt, having to hit that from the get-go, and I don't think we should have been out in the first place.”

As for that gratitude?

“Yeah, the guys behind us [thanked him] because they didn't have to hit a shot,” he smiled.