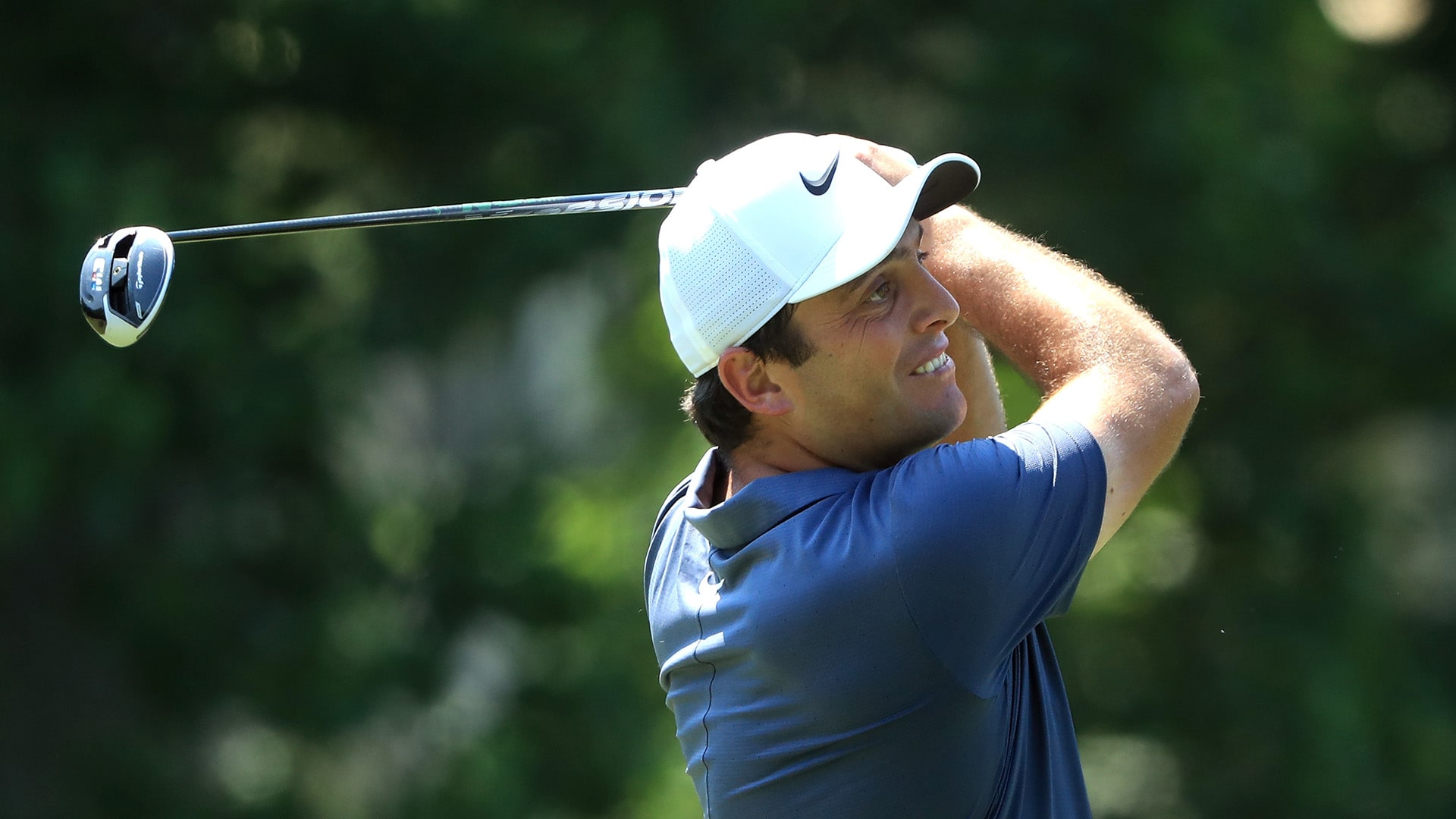 It seems that Francesco Molinari's decision to skip the HNA French Open in order to play the Quicken Loans National was a wise one. Here's how things ended up in Washington, D.C., as Molinari torched the back nine at TPC Potomac at Avenel Farm to cruise to an eight-shot victory:

What it means: Molinari is a stalwart on the European Tour, but he bypassed this week's event at Le Golf National in order to secure his PGA Tour standing. He took things a step further by distancing himself from the field during the final round, turning a share of the lead into a victory  margin that would make Secretariat blush. It's Molinari's first official PGA Tour victory, as he won the 2010 HSBC Champions in China before it became an official event, and he's the first Italian to win on Tour since 1947. After starting the week simply hoping to lock up a spot in the postseason, Molinari now has fully-exempt status in the U.S. through 2020.

Round of the day: Molinari started strong with two birdies over his first six holes, but he took command of the tournament after making the turn. A lengthy eagle putt on No. 10 was followed by four straight birdies, increasing Molinari's lead at one point to nine shots over his next closest competitor. After closing with a string of pars, he ultimately signed for an 8-under 62 that tied for low round of the week.

Best of the rest: Kang started the day outside the top 15, but he moved all the way up to third thanks to a 6-under 64 that also earned him a spot in The Open later this month. Kang was bogey-free during the final round, closing with three birdies over his final five holes including an 8-footer for birdie on No. 18.

Biggest disappointment: Zac Blair started the final round in a tie for third with an opportunity to secure his long-term status, but after struggling to a 77 he fell all the way back into a tie for 27th. Blair didn't make a single birdie during the round and followed a bogey on No. 10 with a triple-bogey 7 on No. 11 to extinguish any hopes of a first career win.

Shot of the day: Molinari had already built a three-shot lead, but he put the tournament away when he buried a 48-foot eagle putt on No. 10 that sparked a run of five holes during which the Italian was 6 under par.

Quote of the day: "It was nice to make a couple birdies coming in." - Woods, who closed with a 4-under 66 to grab a share of fourth place that marks his third top-5 finish of the season and first top-10 result since March.