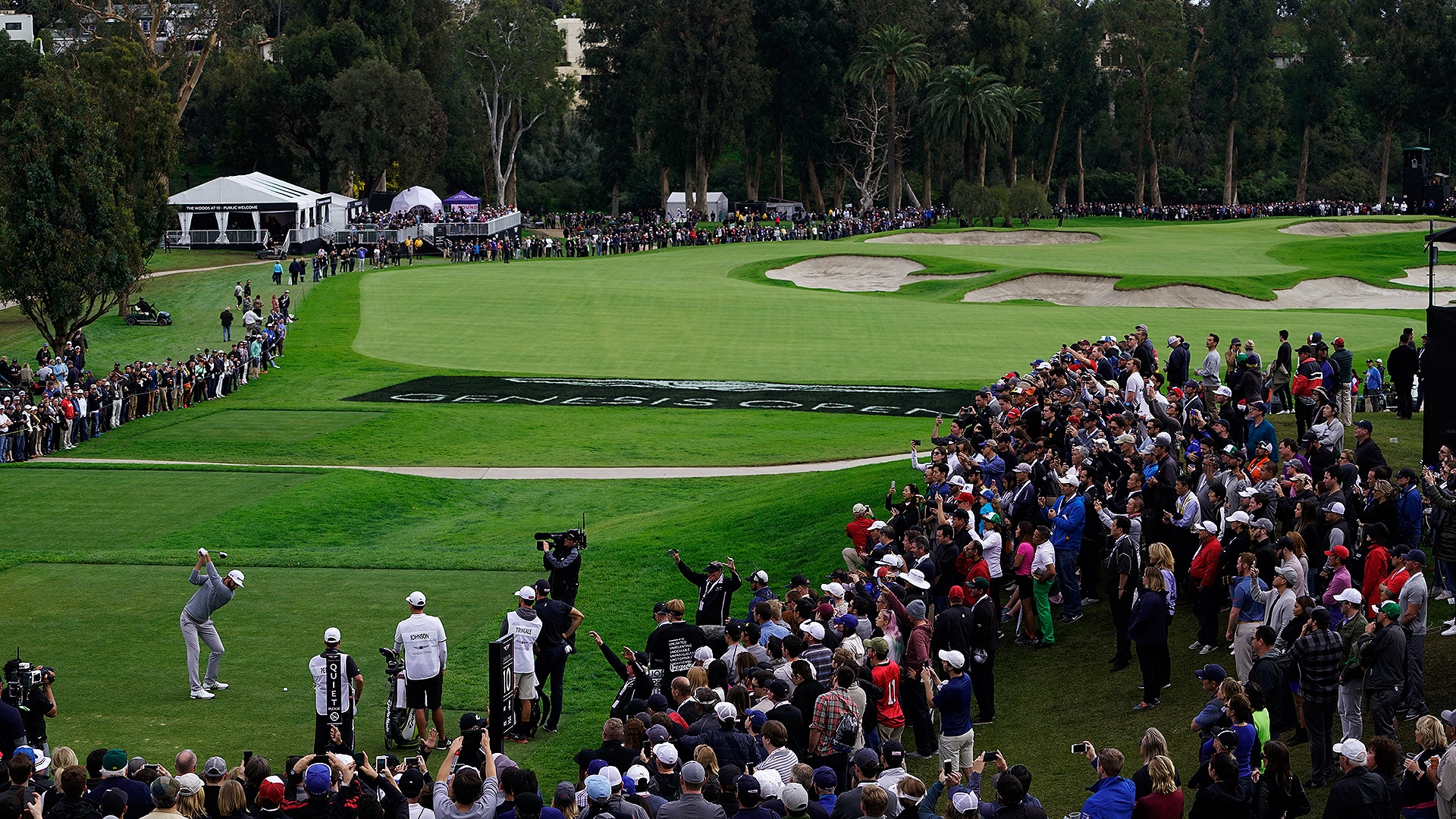 LOS ANGELES – Golf course architecture is a selective art. One player’s perfection is another’s pasture, but of the 900 holes played on the PGA Tour there is one that has no equal.

The drivable par-4 10th hole at Riviera Country Club isn’t the toughest (it actually ranked as the 700th hardest frame last season with a 3.87 scoring average) and it’s certainly not the most scenic, but from a pure strategic viewpoint it stands above all others at golf’s highest level.

The 10th is a thinking man’s hole, often played based on a wide variety of factors, from where the pin is located to the wind direction, and to even more varied results.

On Thursday at the Genesis Open, the 309-yard gem proved yet again why longer is not better when it comes to architecture.

Of the 144 players who took their turns on No. 10 on Day 1, 91 attempted to drive the green. Only two actually ended up on the putting surface.

Of those 91 bold souls who went for the green off the tee, 17 made birdie compared with five birdies from those who laid up; but then the subtle genius of the hole is that scoring isn’t necessarily the ultimate arbiter.

It was a high-profile example of why there’s no “right” way to play the hole, only your way.

“I just try to hit it just anywhere short left or long left of the green,” figured Dustin Johnson, the game’s preeminent bomber of the golf ball. “It's a tough hole, but I just try to play it down the left side and hopefully my ball ends up in a decent spot.”

Others, like Woods, adhere to a more calculated approach.

“I have done both, I've gone for it and laid up and I've been very unsuccessful both ways,” Woods laughed. “It's a tossup, it really is.”

Most players will base their decision on where the pin is located, figuring that anything on the right side is worth trying to drive the green since the best “miss” is left. Any hole location left of center, however, creates a question and, more importantly, doubt.

It’s the sign of a well-designed hole that there is no standard answer because as a rule players would rather not make a game-time decision. In fact, it seems players who have resigned themselves to a single plan are the ones who seem to have the most success on the 10th hole.

“Smash it, every time,” Paul Casey smiled when asked his blueprint for the hole. In fact, the Englishman didn’t even seem interested in the odds or the concept of a good miss, like Johnson, “Right at the pin is the best option.”

There are plenty of very good golf holes on Tour – from the 13th at Augusta National to the seventh at Pebble Beach – but none require as much thought as No. 10 which is, quite simply, the most interesting and entertaining 309 yards on Tour. 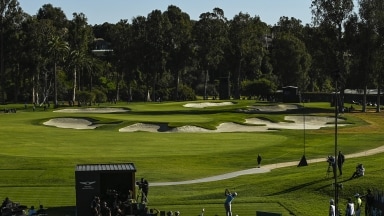 Is No. 10 best hole at Riviera? Tour pros discuss

No. 10 at Riviera is regarded as one of golf's best holes, but an informal poll of players suggests it’s not even the best on property. 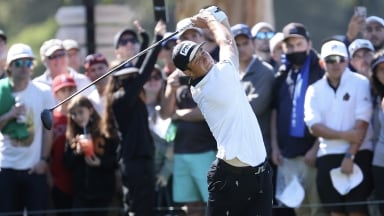 Instead of trying to fit his drive into a narrow landing area near the bunker, he lines up well right – down the adjacent 17th hole.