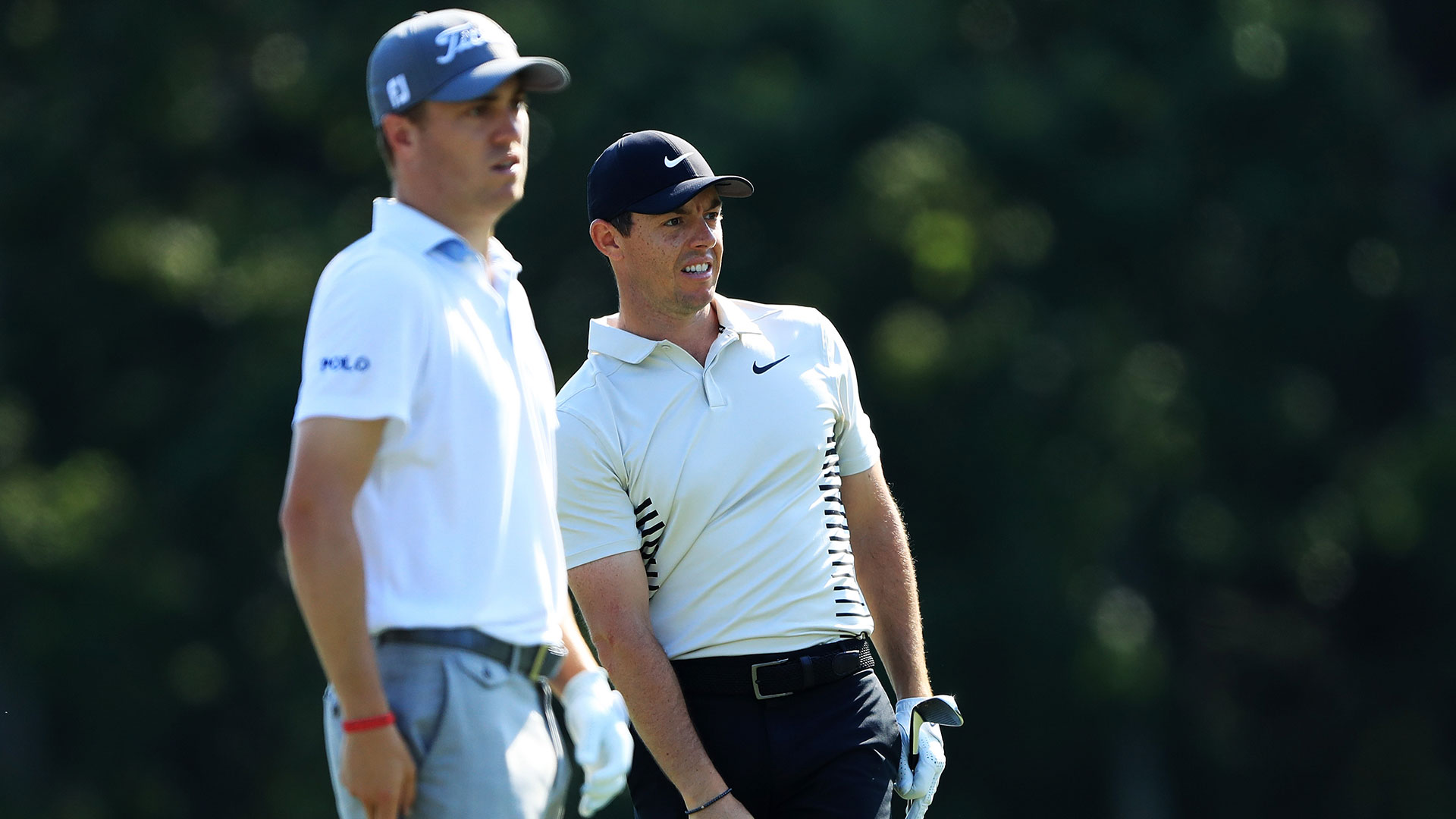 Earlier this week, the Northern Irishman was asked if Thomas tried to hit the ball as far as he does when they first played together.

“He was trying to,” McIlroy smiled.

If that response is any indication, Sunday’s final pairing at the WGC-Bridgestone Invitational featuring the two stars should be entertaining on many levels.

“We know each other pretty well from down in Florida and we practiced together quite a bit last week, so obviously that practice for both of us paid off coming into this week,” said McIlroy, who is three strokes behind Thomas.

The duo prepared for this week’s event together but there weren’t any matches, only a steady stream of one-liners. Asked if the two will have their own “$10 million” match on Sunday at Firestone, like the made-for-TV duel planned later this year between Tiger Woods and Phil Mickelson, Thomas laughed.

“I think if we had a match for $10 million, we would just shake on it and split it,” smiled Thomas, who is alone atop the leaderboard at 14 under. “I think that would be the smartest decision for us.”