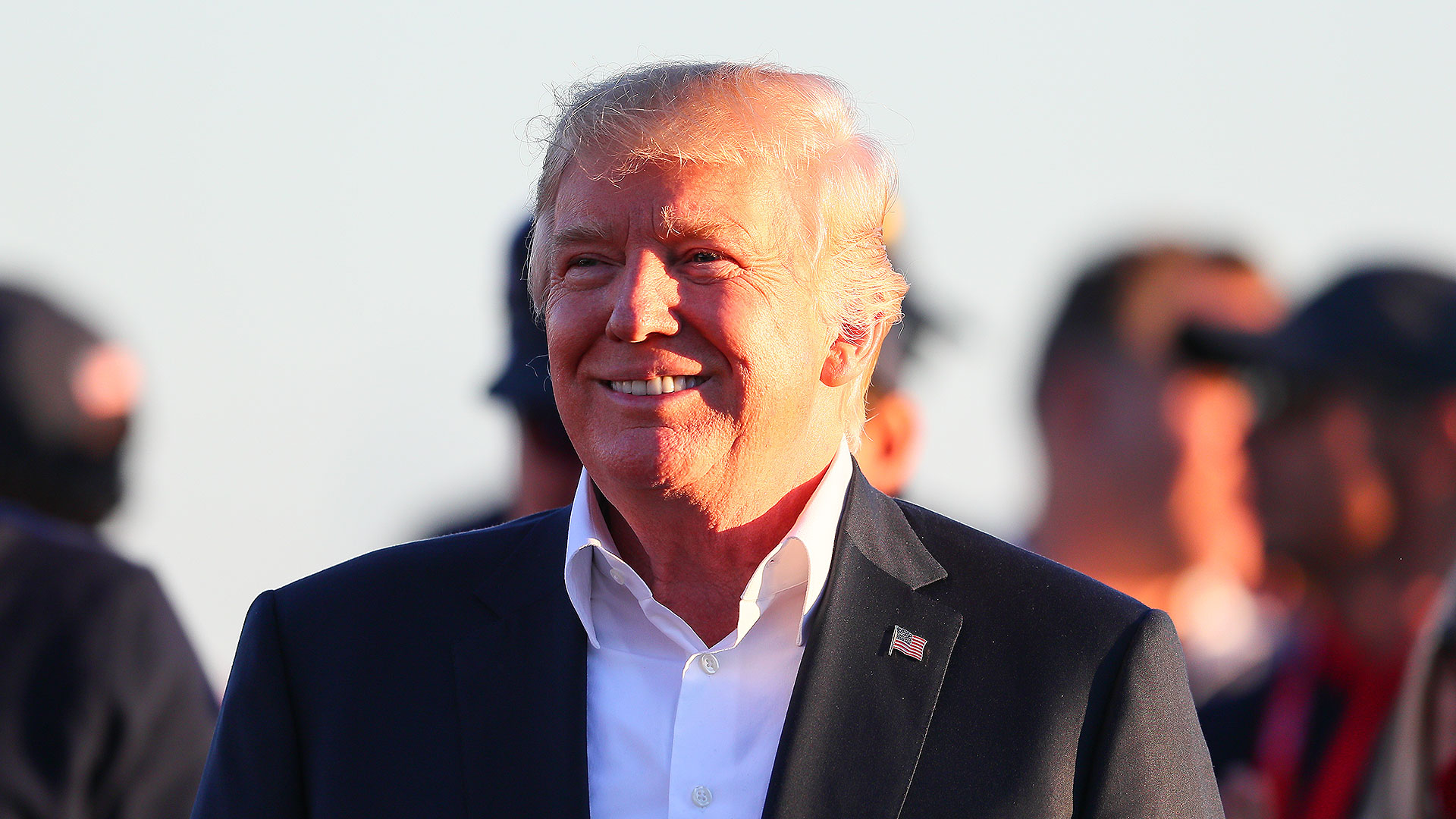 President Donald Trump kicked off his holiday stay at Mar-A-Lago Saturday with a round of golf featuring three PGA Tour players.

Player of the Year Justin Thomas, Thomas' father, Daniel Berger and Jim Herman all played with the president at Trump International Golf Club in West Palm Beach, Fla., according to a White House pool report.

Thomas and Berger were part of the winning U.S. Presidents Cup team that received the trophy from Trump in September. Herman was a club assistant at Trump Bedminster in New Jersey before becoming a PGA Tour winner.

The three players were added to an impressive roster of pros who have teed it up with the 45th president this year, including world No. 1 Dustin Johnson, Tiger Woods, Jack Nicklaus, Rory McIlroy, Ernie Els and Hideki Matsuyama.